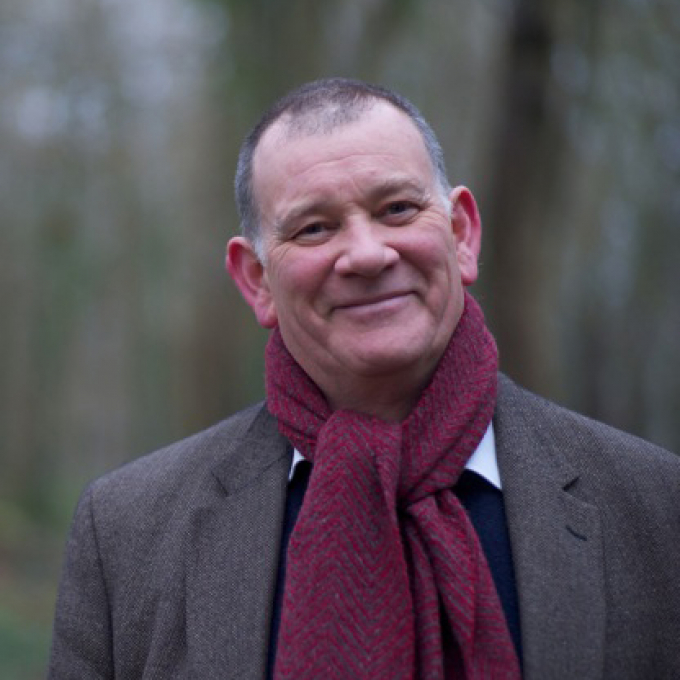 Carlo Gébler was born in Dublin in 1954 and brought up in London.

He studied English at the University of York and the practice of film-making at the National Film and Television School, Beaconsfield. He is the son of novelist Edna O'Brien.

Carlo Gébler also writes plays: Dance of Death (2000), a version of August Strinberg's work of the same name;  10 Rounds (2002), an adaptation of Arthur Schnitzler's La Ronde, relocated to Belfast; and Henry and Harriet:And Other Plays (2007). He contributes reviews, articles and short stories to many national publications, has written a libretto for opera, and is a film-maker, and producer and director of television documentaries. His film, Put to the Test, won a Royal Television Society Award for best regional documentary in 1999.

In 2000 he published an autobiography, Father and I: a memoir. He co-authored My Father's Watch: The Story of a Child Prisoner in 70s Britain with Patrick Maguire in 2008.

He lives outside Eniskillen in Northern Ireland and teaches creative writing at HMP Maghaberry, where he is writer-in-residence. In 2009 he was Royal Literary Fund Fellow at Queen's University, Belfast and in 2010, Writer Fellow at Trinity College, Dublin. His latest novel is The Dead Eight (2011). In 2015 his memoir, Confessions of a Catastrophist was published by Lagan Press.

The main body of his work, however, is made up of his novels: since The Eleventh Summer in 1985, he has written a new novel every couple of years, alongside his other writings and his parallel career as a producer and director. Even within his novels,  Gébler's subject-matter is varied, ranging from fictionalised versions of real-life historical events (The Cure, 1994; How to Murder a Man, 1998), to novels which incorporate Irish folklore and mythology (Caught on a Train, 2001), and others that are inspired by his experience of teaching creative writing to prisoners (A Good Day For a Dog, 2008).

What stands out throughout Gébler's fiction is his perceptive exploration of human nature - particularly its dark and disturbing aspects, which he examines both within individuals and communities and societies (past and present). His writing is emotionally authentic, without sentimentality or melodrama - whether he is depicting emotional intensity or physical violence, Gébler's frank but understated approach makes a strong impact on the reader, while avoiding sensationalism and excessive wordiness. He combines ideas with storytelling, and includes Jean-Paul Sartre, Anton Chekhov and Albert Camus among his influences: 'What Camus showed me was that a great writer could tell a story and say something without putting the reader off, providing that the work had two drawers, one with the narrative, the other with the message, and that the reader was left free to decide which drawer he wanted to open' (Gébler, 'My Writing Life', The Cathach (Sligo Library Online Journal), Summer 2009).

Gébler has commented that he is 'drawn to conflict as a writer' and he often places his characters in dramatic and life-changing situations: The Eleventh Summer (1985) depicts a child dealing with the death of a parent, while Work and Play (1987) explores drug-abuse. Malachy and His Family (1990) and Life of a Drum (1991) both explore exile and immigration, with an emphasis on Eastern Europe and the Hungarian uprising of 1956: Malachy and His Family is the story of an American man's search for his biological father, an Irish immigrant in Britain who is married to a Hungarian refugee, and Life of a Drum features a woman who marries a Hungarian refugee in the 1950s so that he can remain in Britain. Other novels explore 19th-century society and beliefs, such as The Cure (1994), which is based on a true story: in 1895 in County Tipperary, Ireland, Bridget Cleary was killed by her husband, who believed that she was possessed by a fairy spirit and thus argued that he had done the right thing.

Gébler's historical novels are thoroughly researched, and The Cure, which centres on Martin Cleary's trial, offers an authentic and accurate portrayal of Ireland in the nineteenth century. Simultaneously, however, the author's poignant understanding of human psychology, and the extent to which individuals are influenced by their wider community and society, gives this historical story a contemporary resonance. How to Murder a Man (1998) is also based on a true story in 19th-century Ireland. Set in the 1850s, in the difficult years following Ireland's Great Famine, it features the attempts of land agent Thomas French to challenge the brutal and oppressive dominance of the Ribbonmen, whose role was to prevent rural tenants being evicted. Again, Gébler's novel is underpinned by detailed and thorough research, combined with a gripping and disturbing story. He does not shy away from depicting the horrific violence and cruelty but, as always, he does not sensationalise it either, and his emphasis is on the emotional and psychological suffering of the people involved.

Gébler is writer-in-residence at Maghaberry Prison, and the experience of teaching creative writing to prisoners has inspired A Good Day For a Dog (2008), which explores the mind of criminality and the circumstances that lead individuals to crime. The protagonist, Stephen 'Nank' Melanophy, was brutally abused as a child and falls into a life of crime which becomes addictive and leads to a long stretch in prison, where life is harrowing. Gébler has commented that the novel is not a documentary, but a Bildungsroman, and, as in many of his other novels, he explores the darker aspects of human behaviour with insight and sympathy. Gébler comments: '[A Good Day For a Dog] explains how experience in childhood warps or directs someone in life. I have noticed that by and large most people whom I have met in prison weren't born criminal. They may have had an inclination, but any proclivity they had has been nurtured and nourished by their life experiences' (interview in Verbal magazine issue 14, 2008).

In his non-fiction, as in his fiction, Gébler often explores conflict and turmoil in history and society. After a travel book, Driving Through Cuba: an east-west journey (1988), he wrote two books about his native Ireland: The Glass Curtain: Inside an Ulster Community (1991) and The Siege of Derry (2005), which recounts the siege of 1688. One of Gébler's most well-known and acclaimed works is his harrowing and poignant autobiography, Father and I: a memoir (2000). The book is an attempt to understand his relationship with his father, the Czech-Irish writer Ernest Gébler, a strong-minded, abusive individual who brought up his two sons in an oppressive and austere manner. Although Gébler also writes about his mother, the Irish novelist Edna O'Brien, the main emphasis, as the title suggests, is the relationship between father and son, beginning with childhood experiences and moving on to the adult Gébler's attempts to understand and accept his father. Once again, therefore, Gébler explores human psychology and examines what fuels negative behaviour and complex family relationships - in this case it obviously comes from his own personal experience of a painful childhood, but he avoids self-pity and the book is as gripping and insightful as his novels. Father and I has been highly acclaimed: 'A spare, lean, haunting account ... written with Gébler's trademark no-frills prose ... this memoir also provides a vivid evocation of Britain and Ireland in the 1960s and 1970s' (Will Self, New Statesman, 27 November 2000).

As a child I loved to read and to be read to.  I loved the tranced feeling that came when I got lost in a story.  I still look for that when I read now I am an adult (though I don’t always find it) and I also seek to give that feeling to my readers, whether they’re adults or children.  I regard myself primarily as a storyteller who tells tales – whether true or made up or appropriated from folk-lore (I’m not fussy).  My primary ambition is to give readers imaginary worlds in which they can lose themselves (and of course these worlds needn’t necessarily be friendly or benign). And if what I write does more for the reader than give this momentary pleasure, well, that’s a lovely bonus.