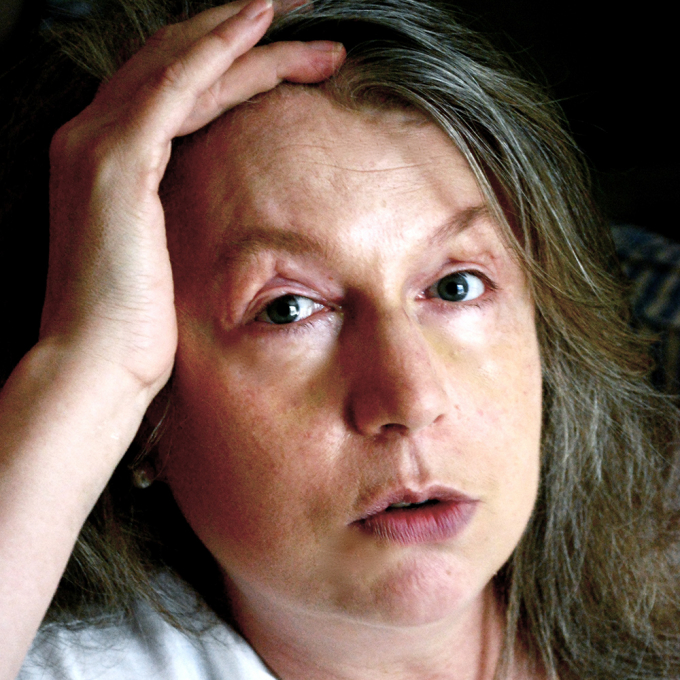 Candia McWilliam was born in Edinburgh, Scotland, in 1955 and educated at Girton College, Cambridge. She won a Vogue writing competition and worked for the magazine between 1976 and 1979.

Her first novel, A Case of Knives (1988), was joint winner of the Betty Trask Prize. It was followed in 1989 by A Little Stranger, a disturbing tale of domestic life. Both books won Scottish Arts Council Book Awards. Debatable Land (1994) won the Guardian Fiction Prize and the Italian Premio Grinzane Cavour for the best foreign novel of the year.

Wait till I Tell You (1997) is a collection of short stories. She has also written introductions to editions of Elizabeth Taylor’s A Wreath of Roses (1994), Iris Murdoch’s The Black Prince (1999), Muriel Spark’s The Prime of Miss Jean Brodie (2000), and Henry James’s The Golden Bowl (2001), as well as to works by Elizabeth Bowen. She has been for many years a regular reviewer for newspapers and literary magazines. In 2006 she was part of the Man Booker Prize panel.

Her latest book is What to Look for in Winter (2010), a lengthy memoir of her family life and development as a writer, detailing her struggles to overcome alcoholism and more recently blindness due to the onset of blepharospasm, a rare condition affecting the eyelids.

The poet Anthony Thwaite once described Candia McWilliam as ‘ a connoisseur of uneasiness’. Anyone who reads her elegant yet disturbing fiction can see just what he meant.

For instance, A Little Stranger (1989) opens innocuously with the narrator Daisy interviewing Margaret for the job of nanny to her son. A question about boyfriends brings the latter’s hand defensively up to the neck of her ‘goffered angora’ sweater; and she doesn’t wear jewellery for work because it can ‘scratch the little skins’. These are hints that all will not be well; indeed, the two women are eventually locked in a life-and-death struggle.

Or, take the macabre story ‘The Only Only’, whose horror unfolds inexorably in the sunshine of a summer’s afternoon. Its setting is a quayside as the ferry to a Scottish island arrives and is tied up with unremarkable steel rope. Children stand around as provisions are loaded and unloaded; ordinary conversations take place and we hear about islanders’ lives. Then the ferry steams off and the shocking result of a simple human error occurs, with the final chilling observation of mothers staring into bloodstained water at their children’s ‘frozen sweetness of face’.

Unforeseen horrors lurking to threaten lives, tensions inherent in family and romantic relationships, especially the difficulties of communication between people; all these themes permeate McWilliam’s writing. There’s an occasional vein of black comedy but underlying all is a tragic vision of life’s vagaries. Her books are exquisitely written, however, with a rich range of poetic imagery and nuanced details of women’s attitudes in love affairs, food and its discontents, and in fashion: recall that ‘goffered angora’? McWilliam’s generally well-to-do characters suffer the consequences of their consumer choices as well as their choices of partners. Daisy in A Little Stranger is the pregnant wife of a landowner with a circle of similar friends, each ‘like high-fired good china, perfect as an egg and enclosing a good, rich life’. Such a ‘perfect’ life is duly ripe for disruption. By the conclusion, Daisy admits that ‘the gingerbread house of family life’ has been turned into ‘the smelt blood and ground bones of the most cruel tales’.

Her first novel, A Case of Knives (1988), is told sequentially by its four main characters. One is eminent heart surgeon Sir Lucas Salik who has an apparently enviable lifestyle and the tastes of a gourmand. But he’s also a gay man with a dark side, his compulsion to seek out violent ‘rough trade’. Aided by the aristrocratic, designer clothes-obsessed Annie, his manipulative plan to marry off his unrequited love-object Hal Darbo to the beautful and apparently pliable Cora starts to go wrong when she falls in love – with Salik. She to him is no more than ‘my modest handmaiden and ultimate licence, the hoop that would bind us’. All seems set for the wedding when – McWilliam’s own clever plot takes a number of unexpected twists.

Debatable Land (1994) follows the adventures of the crew of the yacht ‘Ardent Spirit’ sailing from Tahiti to New Zealand, exploring the characters’ feelings of loneliness, and distance: from each other, and from Scotland. The yacht’s name also alludes to the national drink, whisky, which inspires some vibrant if melancholy thoughts on nationality. Its owner-skipper is Logan Urquhart, ‘a Scots-American of fortune’ unhappily married to Elspeth, a woman beset by childhood memories.

Artist Alec is also onboard as a form of escape, recalling ‘long grudging Edinburgh days of sea mist’ and its emblematic Camera Obscura, in which the city’s panorama was contained and silently scrutinised. Indeed, near the end of a fractious and tempestuous voyage, a crew member observes that ‘It’s Scotland you found at the back of the Pacific’. This sea voyage narrative becomes as much an interior journey, whose focus moves around the boat as the characters come to terms with each other, and with their own pasts. ‘Like a head of seeds, blown, the tight-packed boat would scatter the six back out over the world’.

The short stories in Wait Till I Tell You (1997) are divided into North and South, with ‘Seven Magpies’, partly set on a train journey from Scotland to England, linking the two sections. The characters have a wider social range than previously, and women are seen in a variety of roles and places: Scottish islands, in a department store cafe, or even near a municipal baths mumbling about a lost baby. ‘A Jeely Piece’ observes adolescent girls’ first stirrings of sexuality, while, in the sardonic ‘Wally Dugs’, to couple Carl and Ailsa, ‘it was unthinkable that they would be halved, one half or the other bereft. Death wouldn’t get an appointment squeezed in, their schedule was that busy’.

Yet when Carl trips on ‘the silky loops’ of their entangled dog and baby, a china ornament gets smashed and Ailsa is ‘angry enough to want to kill him’. The narrator of ‘Strawberries’ tells of her parents’ ‘fraught lassitude’, her nurse, her cousins, and ‘my first funeral’: ‘death makes me hungry. It is as though food, the staff of life, were a spell against falling into dust’.

‘Strawberries’, with its evocation of tensions within the family, a girl’s consciousness of death, the emotional consolations of food and cigarettes, can perhaps be seen as preparing the way for the subjects in McWilliam’s startlingly candid What to Look For in Winter (2010). By the time of its appearance, McWilliam had not published a book for over a decade. Some of the reasons for this are outlined by her account, subtitled ‘A Memoir in Blindness’. Again divided into two parts, ‘Spectacles’, recalls her early life and marriages, ‘See/ Saw’ detailing her efforts to overcome the onset of blepharospasm, a rare condition which from 2006 onwards left her unable to open her eyelids. Indeed, she had to dictate the first part to a typist while the second, following an operation in 2009, was painstakingly written while recuperating and meditating on her concurrent lives as a daughter, wife, mother, and writer. ‘I write because I’m not dead yet’.

The essential loss she suffered in childhood was that of her mother, who, after separating from her husband, took pills and died: ‘in life she felt frail to me, like a story’. Unhappy at home with her new stepmother, she took refuge in books and her religious faith; later on, in drink: ‘my first conscious taste of alcohol was after a church service’. Her two failed marriages, amidst the joys of the three children which resulted from them, are discussed in detail. As a counterpoint, her long-lasting friendships and love of the Scottish landscape are celebrated, especially the island of Colonsay where she has subsequently lived.

The latter account of the traumatic effects of blepharospasm and its treatment on her life and morale is harrowing, yet even then she finds relief and incidents of interest – in a visit to a lady ‘shaman’ and from therapeutic massage. In doing so, she not only shows great courage but also discovered for herself a way back to writing, and a stoic conclusion that ‘loss is the new beauty after a certain age’.