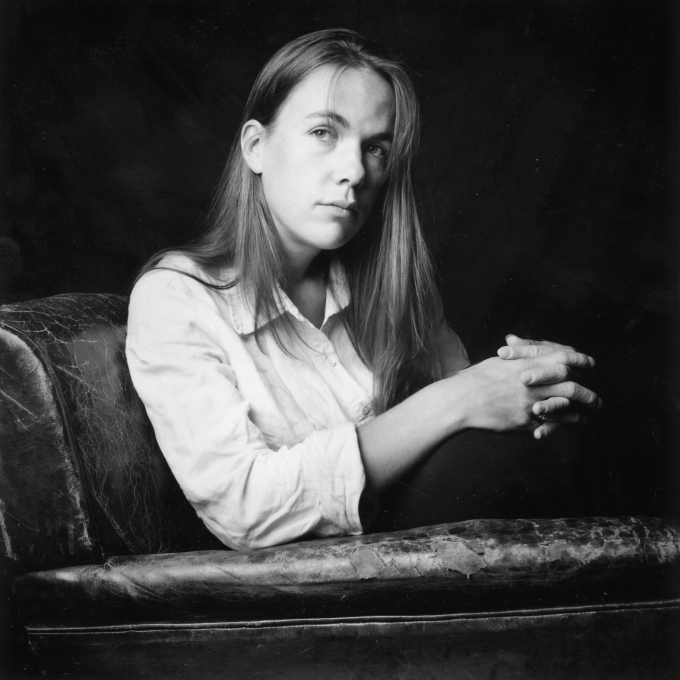 Bella Bathurst is a fiction and non-fiction writer, and photographer, born in London and living in Scotland.

Her journalism has also appeared in a variety of major publications, including the Washington Post and the Sunday Times.

Her first published book was The Lighthouse Stevensons (1999), an account of the construction of the Scottish lighthouses by the ancestors of Robert Louis Stevenson, and named one of the List Magazine's '100 Best Scottish Books of all time'. Her second book was a novel, Special (2002), the story of a group of semi-feral teenage girls. Her most recent books include The Wreckers (2005), a history of shipwrecking and maritime skulduggery around the coast of Britain, The Bicycle Book (2011), a journey through cycling's best stories and strangest incarnations, and Sound (2017).

In an essay to mark ‘The Year of the Sea’ in 2005, Bella Bathurst drew attention to the sea’s "urgent need for rehabilitation", and characterised its story as "a rise, a fall and only a flicker of redemption at the end".

Indeed, her imaginative preoccupation with the historic relationship between the British Isles and the dangerous waters that surround them have formed the subject of her two highly-praised works of maritime history: The Lighthouse Stevensons (1999) and The Wreckers (2005). In them, she brings nature and human nature to life, with keen journalistic research but also a fine fiction writer’s descriptiveness. There are precisely written and vivid passages about the ocean’s beauty and ferocity, the movement of water and its deceptiveness; she finds there is "something seductive about the ways in which the sea deceives". She is also acute in relating moral ambiguities, whether in the past, or in the present day - the latter being the setting of her only novel to date, Special (2002). Readers seeking her journalism, written for magazines and national newspapers, can find a selection on her website, www.bellabathurst.com, together with excellent documentary photographs of subjects such as boarding schools and John Brown’s Shipyard. In ‘How I Learned to Love My Silent World’ (The Observer, 2005), she described the effects of losing much of her hearing following skiing and car accidents, remarking matter-of-factly: "I’ve become increasingly interested in photography since going deaf."

Bathurst’s writing has also been affected by her deep attachment to Scotland. "The archetypal lighthouse on its lonely rock in a lonely sea", she writes in The Lighthouse Stevensons, "is largely the product of a Scottish imagination and a Scottish sense of endeavour". The book, modestly described by its author as "not quite biography and not quite history", details the struggles and achievements of four generations of Robert Louis Stevenson’s family, responsible for constructing every lighthouse built around the coast of Scotland between 1786 and 1890, as well as optical and engineering innovations during the Industrial Revolution. The building of the Eddystone lighthouse and the Bell Rock by RLS’s formidable grandfather, and the masterpiece of his son Alan at Skerryvore, are stories of epic endurance and danger. As such, they fed the imagination of reluctant engineer Robert Louis Stevenson himself, whose family memoir she draws upon, who was involved with the lighthouse at Dhu Heartach. She calls his fiction "sea-marked", and states that he "alchemised his experiences around the ragged coasts of the north … Treasure Island and Kidnapped both contain salvaged traces of his early career".

Some of the most poetic writing stems from her own journeys of discovery, notably a helicopter trip over the Atlantic to the beautiful but fire-damaged lighthouse at Skerryvore, seen as "rising up from the centre of the reef, like the spire of some subterranean cathedral... with a dark tower". Climbing its tower, she finds that "all that remains of its creator is a few wrought-iron sea serpents holding up a railing in the lantern, and the tower itself… [which] looks for all the world as if it grew from the rocks of its own accord". Yet the book qualifies its romance, taking the story up to 1998 when the last lighthouse was automated. She concludes that they were "expressions of a bolder time when Britain still believed that sense and science could conquer all".

As Bathurst points out, the genius of the Stevenson family posed "a mortal threat" to those who profited from shipwrecks. The Wreckers tells the opposite story: "The Stevensons and the lifeboats represent the lighter side of humanity; now here is the dark". Its chapters are arranged geographically around the British coastline, from the Shetlands to the Scilly Isles, with the history of wrecking and the law set alongside contemporary shipping incidents. Along the way, Bathurst interviews the so-called ‘Chief Pirate of the Pentland Firth’ as well as wary locals in a Cornish pub and the UK’s official Receiver of Wreck. She is attacked by terns on the uninhabited isle of Stroma, goes out in a small boat with divers on the Goodwin Sands, and takes a look at the Great Western Rocks, feeling "seasick with destruction" while crossing the whirlpool off the island of Jura.

The book draws upon literature inspired by wrecking, notably Whisky Galore and Jamaica Inn. Of the latter, she observes that Daphne du Maurier "name-checked every single myth about wreckers… the false light, the victims held down to drown, the ripping-off of jewellery, the Faustian bargains struck with the sea". She finds the tourist industry in Cornwall thriving on the myth: "the Cornish will sell you one thing and tell you another". The story extends up to the wreck of the bulk carrier ‘Cita’ in 1997. For the inhabitants of the Scilly Isles, it was "like having Selfridges crash land in your back garden". Bathurst is acute on the morality of the wreckers themselves, seen as inhabiting "a no-man’s-land somewhere between water and earth". The most notorious wreckers were often the bravest sailors, and she is interesting on the origins of the lifeboat service, the RNLI. She ends with a mysterious observation: "sometimes even the darkest night at sea can be better than the false lights of home".

Bathurst’s writing often hints at menace and moral dangers, and this is given free rein in her only novel to date, Special. Described in The Independent as "an uncomfortably compelling story about the raw self-loathing and wanton cruelty of teenagers", it could be compared to The Lord of the Flies. As unremittingly bleak in its view of adolescents, it brilliantly creates the febrile atmosphere of a group of schoolgirls on a post-exam break ("a cut-price kind of parole"). The psychological unease is signalled at the outset, when on their journey to Dean Manor, vulnerable Scottish girl ‘Hen’ is the only one to observe a ghostly wounded woman on the motorway, her legs "slathered in blood". Over the course of two weeks together, the girls develop crushes, rivalries and obsessions, torment their teachers and bully each other. The coolly detached prose is ideal for the purpose, as the narrative shifts between various girls’ points of view. So we encounter Jules (who needs "to sort men and drink"), style leader Caz, runaway Ali and Hen, a self-harmer who is also bulimic, "eternally vomiting up her hatreds". Hen’s viewpoint comes to dominate as the plot moves towards a sinister conclusion; "as she got lighter, the stuff in her head got heavier and heavier". The pivotal episode is the girls’ escape for a drunken night out, during which Jules has sex for the first time, "like someone scraping her to death". In this short but haunting novel, Bella Bathurst casts a cold eye on humanity, just as memorably as she has conjured up the darkness and light of Britain’s maritime history.

2021
Field Work: What Land Does to People & What People Do to Land
2017
Sound: Stories of Hearing Lost and Found
2015
The Omega Point: The Search for the Secret of Human Consciousness
2011
The Bicycle Book
2005
The Wreckers
2004
The Weekenders: Adventures in Calcutta
2002
Special
1999
The Lighthouse Stevensons

@BellaBathurst It's a beautiful day! If you're in the area, come and enjoy @montylitfest - at 2pm in the Town Hall we'll be talki… https://t.co/Oj4YJj63Iu
(13 days ago)

@BellaBathurst Really looking forward to being @montylitfest this Sunday at 2pm, talking with the superb @adambedders about my bo… https://t.co/CqTdxCE2CZ
(1 months ago)

@BellaBathurst @RobThomas14 @gow_derek Thank you! Glad it connected. Those succession meetings were amazing - not easy, but profound.
(1 months ago)