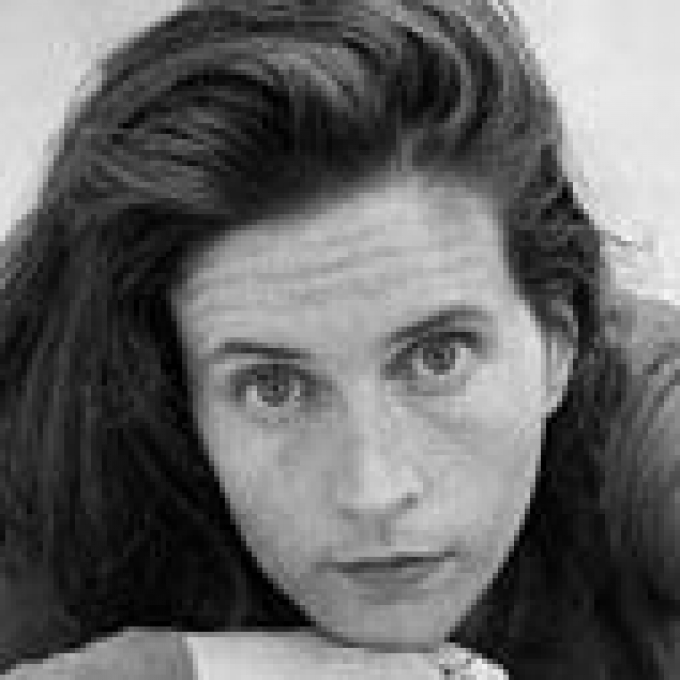 She is a well-known performer of her work, having taken part in the 2002/03 Apples & Snakes Writers on the Storm tour and the 2003/04 Kin (Renaissance One) tour. She toured with Heather Taylor, Canadian poet, with their show Accents on Words and in 2007/08 appeared in her own poetry and music show Growing Up an Alien, produced by Apples & Snakes.

Her work has been broadcast on BBC Radio 3 and 4, London Live and the BBC World Service, and she has written two drama documentaries for BBC Radio 4. In 2006 her short play Parallels was performed at the Latchmere Theatre and in 2004 she was shortlisted for the BBC Two Timing Competition with her TV sitcom, Since Dad Left. She has also recorded a CD with musician Richard Lewis - Did You Forget to Take Your Tablets?

Aoife has been commissioned to write pieces for the National Gallery, the Medway Fuse Festival and for Glasgow 2020. She has been Poet in Residence for the Central Foundation School for Girls and for the SW11 Literary Festival, and is a skilled workshop leader, writing tutor and mentor. She also managed the Royal Court Young Writers' Programme.

Her poetry has appeared in a number of anthologies and literary magazines, and she has performed extensively in many venues, including at several Literature Festivals and at the South Bank Centre. In 2007 she gave performances and workshops in Taiwan, Thailand and India, touring with the British Council.

Aoife Mannix has become an instantly recognisable voice on the UK live literature scene for her accessible yet distinctly powerful verse and remarkably busy reading and performance schedule.

Her Dublin brogue is both elegantly lyrical and frighteningly insistent; a force emphasizing the importance of her challenging and varied subject matter. She addresses impenitently the issues of contemporary life as participant and observer; knife and gang crime meet with memories of childhood and experiences of travel.

Mannix certainly demonstrates versatility of literary modes - she has published poetry, plays, documentaries, short stories and a novel. In all of these she merges high and low cultural influences so that lines from T.S. Eliot’s ‘The Love Song J. Alfred Prufrock’ in ‘Marked’ (‘give me a face to meet the faces that I meet’) sit alongside boozy redress of heartbreak in ‘I will survive’ (‘when they haul you on to the dance floor, / pouring still more vodka and Red Bull / down your throat’) (The Elephant in the Corner, 2005).

Mannix addresses the struggles of modernity with an empathetic tone; socio-political engagement does not appear to trouble her. ‘Urban Development’ highlights the challenge of being concrete in a world where improvement comes at a horrific human cost and ‘[t]he air is thick with exhausted dreams, / an eternal traffic jam’ (The Elephant in the Corner). It is apt that she has worked extensively with Poet in the City, a charity aiming to attract new audiences to poetry through education, as one can certainly imagine her gritty city reality being attractive particularly to young audiences. ‘Haiku’, from Poet in the City’s pamphlet Conflict and Instability (with Tishani Doshi and Tobias Hill, 2008) exemplifies her media-spin free approach to knife crime, ‘Outside the school gates / the knife spins deep into flesh - / some education’. Her poems are compassionate and offer some challenging explanations about gang membership; ‘You’re fourteen and you only wanted to be safe’ (‘Joining Up’). There are also some possible radical politics hidden behind humour, ‘In my revolution there will be free ice cream’ (‘My Revolution’, The Elephant in the Corner).

Her first novel, Heritage of Secrets (2008) seems at first to be radical only in its departure from these social concerns. It returns to Ireland, and the narrative skips between city and country and flits among generations of a family, proving that Mannix writes well beyond succinct verse. She draws on English and Irish fiction traditions; on the tragedy of Thomas Hardy’s Far From the Madding Crowd and the thematic elements of Edna O’Brien’s The Country Girls. Mannix seems to acknowledge her Anglo-Irish elasticity in using an epigraph from Oscar Wilde’s The Ballad of Reading Gaol, ‘Yet each man kills the thing he loves’. The sheer scale of Heritage of Secrets in terms of scope and subject matter makes it a most impressive debut. It presents a country village, transatlantic secrets, student lifestyles in the 1970s against a backdrop of Northern Irish conflict, a family struggling to hide difficult pasts and a brother and sister simply trying to consolidate their identity.  What people do for love in Heritage of Secrets reveals much about their character. There can be no denying that this is a novel where the plot is driven by feeling, as feeling inevitably breeds the secrets of the title. The exploration of Aisling’s first love brings to mind the writing of Emma Dongahue, but appears more challenging in situ of a novel that appears so heteronormative on the surface. The lesbian relationship between Aisling and Claire appears unexpectedly in the plot but proves that love is unexpected in itself. It is touching in sincerity; ‘What had seemed so strange and impossible was suddenly absolutely right and perfect. She felt closer to Claire than she’d ever been to anyone on earth’. When the liaison is discovered, it heralds the denouement as the secrets of the 1970s tumble into light and meet with their 1990s inheritors. Jack explains that ‘It doesn’t work you know. Life is full of ghosts. There’s only so long you can keep running from the truth’ and while the 1970s plot has run its course, it is up to the 1990s generation to make their own decisions informed by previous events.

Mannix vividly presents the Ireland of her childhood in poems scattered throughout her poetry collections, emphasizing the strength and tug of her own heritage. Mannix remembers ‘Mass’ (Turn The Clocks Upside Down, 2008) where she ‘murmur[ed] made up words / Whole macaroni bless be the tide’ and ‘Summer Holidays’ (The Elephant in the Corner) ‘back in the caravan in Ventry’ experiencing jealousy and awe at the country kids who ‘know how to smoke, / can ride horses, swim in storms, / and head for the big city at the first opportunity’. The childhood recalled is a personal and nomadic one, explored most fully in Growing Up An Alien (2007); a collection based on the performance poetry show of the same name, but also standing alone as a verse memoir. In places (and it explores a great many geographical and emotional places) it reads like a fairytale with a sprinkling of snow for fairy dust and seems thematically far removed from the contemporary horror expressed in ‘Help’ (Turn the Clocks Upside Down) when the sleeping speaker awakes to ‘a woman screaming. / Three a.m’.

Yet the voice is the same – a voice that kept the accent even when ‘I used to long to talk / like everybody else’ and so can speak to us in such a wide variety of tongues (‘Keeping the Accent’, The Trick of Foreign Words, 2002). The ‘fresh, clear voice’ praised by Maurice Riordan speaks the languages of love, history, youth, family, crime, memory and the modern world in its multi-forms fluently and is undeniably one of the most individual voices writing in the United Kingdom today. Mannix is a most versatile writer in form and theme, a live wire of the live literature scene who transcends the boundaries of traditional literary heritage and the fourth wall of the poetry performance stage to spin a yarn that fittingly tells us a little more about ourselves.

@AoifeMannix RT @StephenMcNeff: Very pleased at this mention for 'Beyond the Garden' from 'Opera+' - Czechia's leading classical music magazine. "An ext…
(1 months ago)

@AoifeMannix RT @StephenMcNeff: Sue Bickley once again magnificent in the glorious baroque splendour of Corpus Christie chapel in Olomouc, Czechia. ‘Be…
(1 months ago)

@AoifeMannix RT @StephenMcNeff: The gang’s all here! With Sue Bickley and Katja Konvalinka after the Czech premiere of ‘Beyond the Garden’ at the Janace…
(1 months ago)

@AoifeMannix I wrote the libretto for this opera and so pleased it’s still being performed! https://t.co/slbxc9xlLD
(1 months ago)

@AoifeMannix RT @StephenMcNeff: Wel, if you happen to be in Brno in the Czech Republic this evening you can catch the Czech premiere of ‘Beyond The Gard…
(1 months ago)