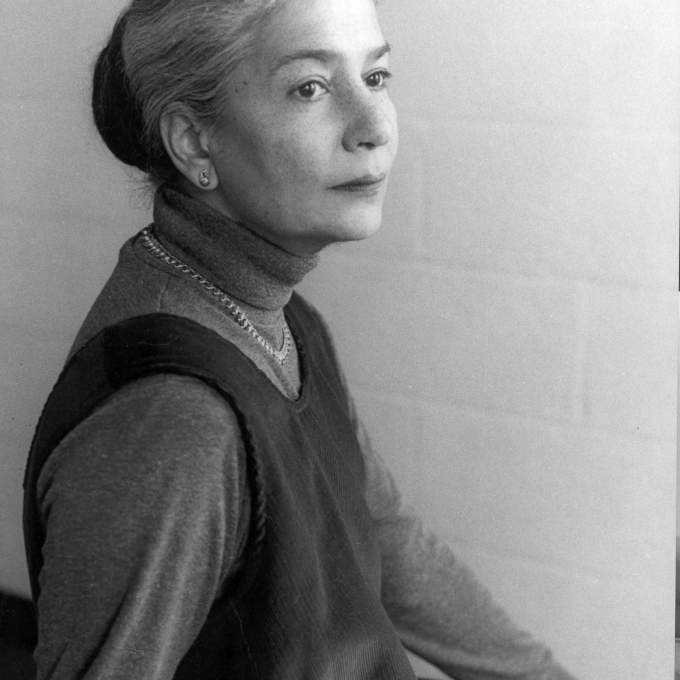 Novelist, short-story writer and children's author Anita Desai was born in 1937 in Mussoorie, India. She was educated at Delhi University.

Her novels include Fire on the Mountain (1977), which won the Winifred Holtby Memorial Prize, and Clear Light of Day (1980), In Custody (1984) and Fasting, Feasting (1999), each of which was shortlisted for the Booker Prize. In Custody was made into a film by Merchant Ivory productions. Her children's book The Village by the Sea (1982), won the Guardian Children's Fiction Award.

She is a Fellow of the Royal Society of Literature, the American Academy of Arts and Letters, Girton College, Cambridge and Clare Hall, Cambridge.

Anita Desai lives in the United States, where she is the John E. Burchard Professor of Writing at Massachusetts Institute of Technology, Cambridge, MA. Her most recent book is The Artist of Disappearance (2011), a trio of linked novellas about the art world, each featuring a different kind of disappearance.

Anita Desai confesses that while she 'feels about India as an Indian,' she thinks about it 'as an outsider'.

Desai probably derived this point of view from her German mother, whom she aptly describes as carrying 'a  European core in her which protested against certain Indian things, which always maintained its independence and its separateness.' Her oeuvre has explored the lives of outsiders within Indian society and, more recently, also within the West. Her fiction has covered themes such as women’s oppression and quest for a fulfilling identity, family relationship and contrasts, the crumbling of traditions, and anti-Semitism. The Eurocentric and social biases that are sometimes detected in her fiction, therefore, may be more productively read as the result of the author’s focus on uprooted and marginalized identities. Tellingly, the literary example which Desai set off to emulate was that of another migrant to India of German origins: Ruth Prawer Jhabvala. Though some critics detect a Western disdain for Indian social customs in her fiction, ultimately Desai’s literary world is not sharply divided along Western and Eastern lines. On the contrary, ever since her novel Baumgartner’s Bombay (1987), East and West have been treated as mirror images of each other.

Desai’s novels and short-stories evoke characters, events and moods with recourse to a rich use of visual imagery and details, which has led to comparisons with the modernist sensibilities of T. S. Eliot,  William Faulkner and Virginia Woolf. The origin of her stories, as the writer explains, is itself rooted in images: 'there are so many images that remain in the mind but they often are also forgotten, they pass through one's life and then they vanish. But there are certain images, certain characters, certain words that you find you don't lose, you remember, they stay with you and eventually these come together, you begin to see what the connection is between them'. Thus, the immobility and frustration of the central female character in Clear Light of Day (1980), Bim Das, an apparently independent woman who is hostage of her past memories, are conveyed by zooming in on several details of the house where she lives, signifying decay and dullness. Bim’s sister Tara, who is visiting her in the crumbling family mansion in Delhi during the momentous days of Partition, observes that 'the dullness and the boredom of her childhood, her youth, were stored here in the room under the worn dusty red rugs, in the bloated brassware, amongst the dried grasses in the swollen vases, behind the yellowed photographs in the oval frames - everything, everything that she had so hated as a child and that was still preserved here as if this were the storeroom of some dull, uninviting provincial museum'. The generational confrontation in Clear Light of Day is echoed in most of Desai’s other works from the early Fire on the Mountain (1977), which considers the relationship between a recluse grandmother and her granddaughter, to the later novels Journey to Ithaca (1995) and Fasting, Feasting (1999). In the former, the spiritual pilgrimage to India of a young and wealthy European couple, Matteo and Sophie, is a later version of that of their ageing guru, the Mother, while the latter depicts the struggles of Uma, Aruna and Arun to strike a balance between their parents’ expectations and their own personal realization. Typical of Desai’s other fiction is also the use of the house as a place of confinement for women. Like Bim, Nanda Kaul in Fire on the Mountain, Lotte in Baumgartner’s Bombay and Uma, her mother and Mrs Patton in Fasting, Feasting rarely walk through the streets of their cities and towns. In her article 'A Secret Connivance', Desai describes in similar terms the fate of Indian women who 'have had to confine themselves to the domestic scene – few women have had any experience of the world outside their homes and families'.

As Desai herself admits, her novels are not populated by heroic characters, whether male or female, at least in the traditional sense. Her protagonists are marked by a certain passivity and have been criticised as being swept away by historical and social forces rather than being able to face and control them. Yet, Desai claims that 'my characters who appear like losers, victims show a kind of heroism, of survival. I think if you can come through the experience of life with the heart and mind intact, without compromising yourself, that to me is a heroic act that needs to be celebrated.' In spite of the heroic nuances of these survivals, Desai’s characters often meet tragic endings. Desai portrays a fictional world where, according to her own definition, 'History is a kind of juggernaut' which completely drives over characters without mercy. Baumgartner’s Bombay is a typical case in point. The protagonist, Hugo Baumgartner, is a Jew who fled from Nazi Germany to India, only to find that he cannot be fully accepted by Indian society either: he is first interned in a camp for Germans during the second world war, and then remains a firanghi, a stranger, in post-independence India. In the end, his escape to India is pointless as he is killed by a German drifter whom he is trying to set free from drug addiction. The novel is a powerful literary embodiment of Desai’s claim that East and West are parallel, not contrasting, worlds: 'I could have made a contrast of the way Europe treated Baumgarten and the way India treats him but I always discover that there isn't a great contrast, there are always parallels: India too excludes him because he is a foreigner, the way he was excluded in Europe.'

Fasting, Feasting might have as its epigraph the author’s assertion 'that different lives are parallel lives', as constant correspondences are drawn between an Indian and an American middle-class family. Uma’s traditional Indian parents, desperately trying to arrange a good marriage for Uma with disastrous consequences, suffer from the same lack of communication with their children as the Pattons, the American suburban family where Uma’s brother Arun is staying while on vacation from his American University. Whether Desai’s characters live on the banks of the Ganges or amidst the excesses of Massachusetts, they cannot find meaningful personal relationships other than with their own solitude.