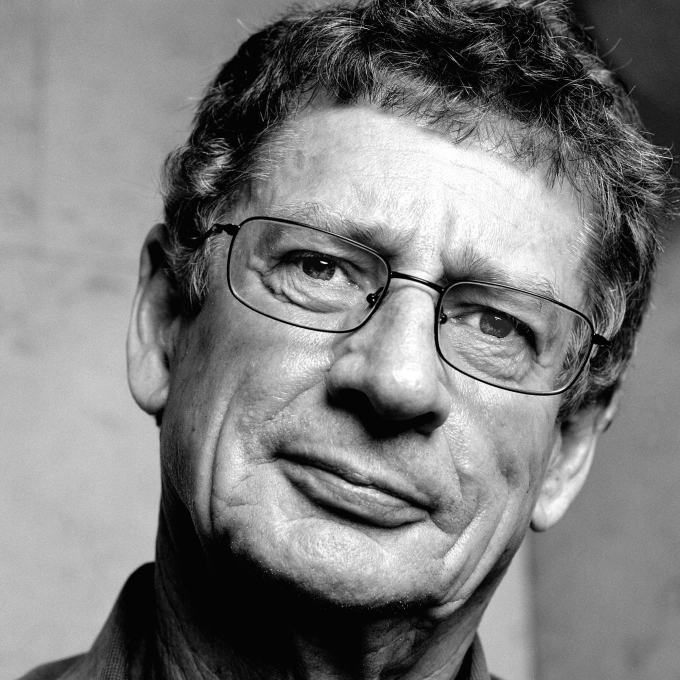 One of South Africa's most distinguished writers, André Brink was born in 1935.

Poet, novelist, essayist and teacher, he began work as a University lecturer in Afrikaans and Dutch Literature in the 1960s. He began writing in Afrikaans, but when censored by the South African government, began to also write in English and became published overseas. He remains a key figure in the modernisation of the Afrikaans language novel.

His book, A Dry White Season (1979), was made into a film starring Marlon Brando while An Instant in the Wind (1976), the story of a relationship between a white woman and a black man, and Rumours of Rain (1978) were both shortlisted for the Booker Prize for Fiction.  Devil's Valley (1998) explores the life of a community locked away from the rest of the world, and The Other Side of Silence (2002), set in colonial Africa in the early twentieth century, won a Commonwealth Writers regional award for Best Book in 2003. He has also written a collection of essays on literature and politics, Reinventing a Continent (1996), prefaced by Nelson Mandela.

André Brink was made a Commander of the Order of Arts and Letters and awarded the Legion of Honour by the French government.  In 1992 he was awarded the Monismanien Human Rights Award from the University of Uppsala, for making known the injustice of apartheid to the wider world.

He was Emeritus Professor of English at the University of Cape Town. His novels includeThe Blue Door (2007) and Philida (2012). In 2008, his trilogy of novellas, Other Lives, was published, comprising the previously published The Blue Door along with Appassionata and Mirror. 2009 saw the publication of a memoir, A Fork in the Road.

Throughout his large and diverse literary production, one that encompasses novels, essays on literature and politics, literary anthologies, plays, children’s books, translations and a book of memoirs, André Brink has constantly explored, in his own words, his 'love-hate relationship with the Afrikaner' and his position as Afrikaans writer as a 'cultural schizophrene'.

Brink’s exploration of such themes is carried out against the backdrop of apartheid South African society and, after 1994, it is combined with the urgent challenges of the post-apartheid era. Born into an Afrikaans family strictly loyal to the pro-apartheid Nationalist Party, Brink soon broke with the idealized rural and colonial settings that characterized Afrikaans novels. Associating himself with a group of South African writers that called themselves 'Sestigers' ('1960-ers'), Brink began to question the literary and cultural roots associated with the Afrikaans tradition and initially tried to subvert them with modernist and post-modernist technical experimentations and by broadening the acceptable subject-matters, in particular with regard to sex.

It was not until the 1970s that Brink’s books espoused the cause of overt political commitment against the apartheid regime, also thanks to the influence of the 1968 students’ uprisings in Paris that the author witnessed while doing postgraduate work at the Sorbonne. In his article 'The position of the Afrikaans writer' (1970), Brink stated that 'no Afrikaans writer has yet tried to offer a serious political challenge to the system ... We have no one with enough guts, it seems, to say: No'. In 1973 Brink published Kennis van die Aand, a novel that represented a turning point in his career, both in terms of politics and language. The book, later translated into English as Looking on Darkness (1974), focuses on black actor Joseph Malan whose first-person narrative details his struggle against apartheid and his passionate, yet doomed, love affair with a white woman. The novel angered South African censors who banned it for its explicit condemnation of apartheid and for its candid depiction of an inter-racial relationship. Because of the ban, Brink decided to translate the novel in English to appeal to an international readership. Since then, almost all his novels have been written in two simultaneous versions, rather than being written in an Afrikaans original and then translated in English.

Throughout the 1970s and 1980s, Brink continued to challenge the institution of apartheid and to conceive his writings, firmly based within the South African political context, as tools for social change and consciousness raising. Rumours of Rain (1978) and A Dry White Season (1979) are often read as companion novels, as Brink represents complementary Afrikaans character types, the negative apartheid apologist and the positive dissident Afrikaner, who, in spite of the colour of his skin, challenges his colonial and totalitarian heritage. In addition, the black township of Soweto prominently features in both books as the place which forces the narrators to come into contact with unpalatable realities, realities from which their white middle-class background has always sheltered them. Martin Mynhard, the first-person narrator of Rumours of Rain, is an Afrikaans fanatic and supremacist who obstinately refuses both personal and social change. On the contrary, the white protagonist of A Dry White Season is a teacher and a writer of romantic fiction who undergoes a process of enlightenment when his black friend Ben du Toit is 'accidentally' killed while he is investigating the 'equally' accidental death of his son. Led by the narrator through the lies and fabrications of the apartheid regime, the reader cannot help sharing the same trajectory from ignorance to the development of a political consciousness. A Dry White Season dramatizes an underlying concern in Brink’s novels: the responsibility of the writer to accurately report the facts against the distortions of the regime. Brink explicitly talked about such responsibility in his collection of essays Mapmakers: Writing in a State of Siege (1983).

Writing in both English and Afrikaans and the ways this allows to reconceptualize South African history have become part of Brink’s political message. In the original manuscript of A Chain of Voices (1982), the author uses English for black characters while white ones use Afrikaans so that the dialogues between them are characterized by non communication. Such non communication between the races is reversed in An Act of Terror (1991) where the dissident Afrikaaner Thomas Landman feels that his own historical heritage and that of black South Africans is a common one, characterized by exploitation. Tellingly, Thomas defines his identity as a 'native of Africa'. The fact that A Chain of Voices is based on an actual historical event, a slave uprising dating back to 1825, is particularly meaningful. Through the contrasting languages and voices, Brink opposes the monologic version of official history with a dialogic structure that rewrites dissident black voices back into history. Like An Instant in the Wind (1976), The First Life of Adamastor (1993) and On the Contrary (1993), the novel also shows Brink’s constant preoccupation with rethinking and revising Afrikaans and colonial history to effect social change in the present. This concern also notably appears in the author’s post-apartheid novels such as Imaginings of Sand (1996), The Rights of Desire (2000), The Other Side of Silence (2002) and Praying Mantis (2005). Although the political context in which the writer operates has dramatically changed, Brink continues to confront it head on. In particular, he is interested in interrogating two types of silences: 'that created by the marginalization of women, and that effected by a (white-dominated) master narrative of history'. Imaginings of Sand, The Rights of Desire, The Other Side of Silence and Before I Forget (2004) all address the necessity of rewriting of women’s presence in South African history and, particularly the last three, focus on the violent imposition of masculinity which Brink sees in the colonial past but also in contemporary South African and international societies. Significantly, Before I Forget defines the Iraqi war as the result of a 'macho America' and maleness as the ability to conquer and destroy. Through his depiction of unequal and exploitative gender relations, Brink problematizes the actual social progress made by post-apartheid South Africa.

Influenced by post-modernist theories of History as a kind of story-telling, Brink’s narratives belonging to both the apartheid and post-apartheid era emphasize the fictional character of history, filtering historical events through personal recollections, legends and myths. Thus Brink signals the unreliability of both fiction and history. On the Contrary, for example, links storytelling and history by drawing on a real-life historical figure, Estienne Barbier, who acts as narrator, but combining such historical character with a constant process of self-invention through fictional allusions to Cervantes’ Don Quixote. In Imaginings of Sand, the hopes for change on the eve of the country’s first free multiracial election are set against national legends and family events as passed on to the female protagonist by her dying grandmother. Set in the nineteenth century, Praying Mantis uses once again a historical figure, Cupido Cockroach of the London Missionary Society, the first 'Hottentot' missionary to be ordained at the Cape of Good Hope, and infuses his life with myths and legends to explain the sources of South African racial tensions and divisions. Post-modernism has also entered Brink’s writings through the constant use of metafictional devices that call attention to the status of Brink’s texts as artefacts and pose questions on the nature of fiction and reality. For example, in States of Emergency (1988), the text self-consciously addresses the possibility of writing a love story within a repressive context where a totalitarian regime has power over all representations.

One of Brink’s latest pieces of fiction, The Blue Door (2007) is a Kafkaesque novella focusing on David, a teacher recently turned full-time artist who, coming back home one night, fails to recognize his family, but slips in the routine of his new existence apparently without questioning it. The piece, marking a slight departure from Brink’s more political works, is nonetheless a meditation on personal responsibility and moral choices. The Blue Door and, more explicitly, Brink’s memoir, A Fork in the Road (2009), resonate with the author’s disappointment with the ANC government and its inability to foster effective change. The memoir unambiguously states Brink’s 'disillusionment, resentment, and rage tinged with despair' and his conviction that 'rottenness' is a defining feature of the present regime. Even at over seventy years of age, Brink continued to feel his responsibility as a writer to report and scrutinize the harshest aspects of South African society.