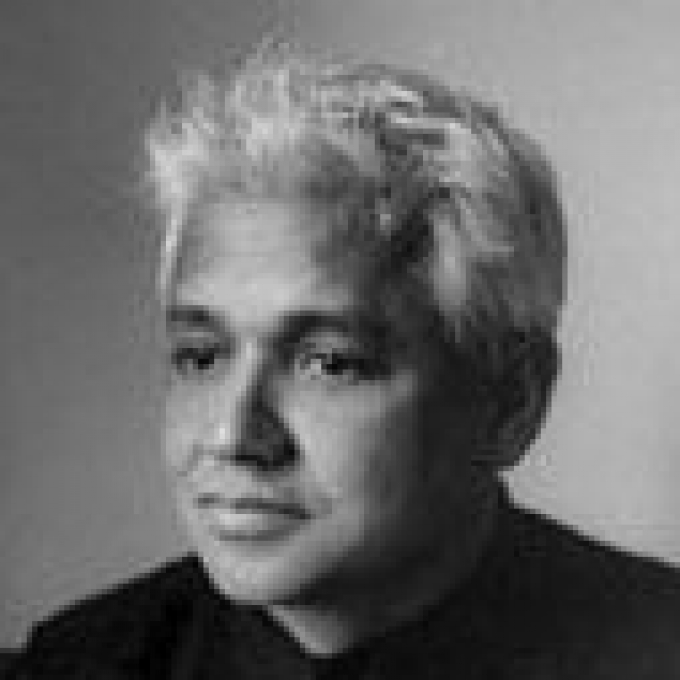 Amitav Ghosh was born in Calcutta in 1956, and studied at Dehra Dun, New Delhi, Alexandria and Oxford.

He was awarded a doctorate from Oxford University. He has written for many publications including The Hindu, The New Yorker and Granta, and taught in universities in both India and the US.

His first novel, The Circle of Reason, set in India and Africa and winner of the 1990 Prix Médicis Étranger, was published in 1986. Further novels are The Shadow Lines (1988); The Calcutta Chromosome (1996), about the search for a genetic strain which guarantees immortality and winner of the 1997 Arthur C Clarke Award for Best Science Fiction; The Glass Palace (2000), and The Hungry Tide (2004), a saga set in Calcutta and the Bay of Bengal.

His books of non-fiction include 3 collections of essays: Dancing in Cambodia and At Large in Burma (1998); The Imam and the Indian (2002), around his experience in Egypt in the early 1980s; and Incendiary Circumstances: A Chronicle of the Turmoil of Our Times (2005).

His recent novels form a trilogy: Sea of Poppies (2008), an epic saga set just before the Opium Wars, shortlisted for the 2008 Man Booker Prize for Fiction Prize; River of Smoke (2011), shortlisted for the 2011 Man Asia Literary Prize; and Flood of Fire (2015), which concludes the story. He has also published The Great Derangement (2016), a non-fiction book on climate change.

In 2007 Amitav Ghosh was awarded the Padma Shri by the Indian Government, for his distinguished contribution to literature.

Amitav Ghosh’s writing deals in the epic themes of travel and diaspora, history and memory, political struggle and communal violence, love and loss, while all the time crossing the generic boundaries between anthropology and art work.

Both his fictional and non-fictional narratives tend to be transnational in sweep, moving restlessly across countries, continents and oceans. Formidably learned and meticulously researched, there is something equally epic about the scale of scholarship that sits behind each of his books. However, Ghosh never loses sight of the intimate human dimension of things. It is no coincidence that his writing ritually returns to Calcutta (the author’s birth place), and, for all its global ambition, is thickly accented by the registers and referents of Bengali and South Asian culture.

Ghosh’s first novel is typical in this sense. At the centre of The Circle of Reason (1986) is Alu, an eight-year-old Bengali boy with a huge head, “curiously uneven, bulging all over with knots and bumps”. These bodily deformities, along with the series of coincidences and connections that emerges between Alu’s personal life and the political world around him, have led to obvious comparisons with Rushdie’s Booker of Bookers, Midnight’s Children. However, this is in some ways unfortunate as the novel has its own integrity and ambition, from its philosophical exploration of reason to its peripatetic wanderings across South Asia, North Africa and the Middle East. Ghosh’s beautifully written second novel, The Shadow Lines (1988), is also reminiscent of Rushdie in terms of its formal experimentations with geography and chronology. However, unlike Rushdie, it is written in an understated, condensed prose that comes close to poetry. The novel deals with the invention of the past and the arbitrariness of partition as it moves between India and the UK, Calcutta and London, the Second World War and present. The title is an allusion to Joseph Conrad’s novella, The Shadow Line, and while its precise relationship to Conrad’s text is oblique and shadowy, both share a preoccupation with the threshold between East and West, and with the ghostly hauntings of imperial memory. More generally, Ghosh’s second novel draws inspiration from diverse modern European and Indian texts from Proust to Tagore, Ford Madox Ford to Satjajit Ray.

Even this sort of promiscuous intertextuality comes to appear tame and provincial within the context of Amitav Ghosh’s next work, In An Antique Land (1992). Ostensibly a work of non-fiction, the book draws heavily on the author’s training in anthropology, but ultimately defies generic pigeon holes. Combining autobiography, fiction, travel writing and history, In An Antique Land is a delicate, vivid and deeply moving evocation of Egypt since the twelfth century.

The strong emphasis on history, memory and the past that has by this stage become a trademark of Ghosh’s writing is given a fresh twist in his next book, The Calcutta Chromosome (1996), a work of science fiction set in the near future. Ghosh’s flirtation with the popular genre of the thriller in The Calcutta Chromosome marks a radical departure from the various sorts of archive fever and scholarly self-consciousness that readers typically associate with the author. When Antar, an office worker in New York, discovers a discarded ID card, it leads him on an investigative journey to Calcutta at the close of the nineteenth century. However, beneath this thin veneer of pulp, is a novel with as intricate a plot line as anything in Ghosh.

After the pleasurable melodrama of The Calcutta Chromosome, The Glass Palace (2000) strikes the reader as one of Ghosh’s most subtle and elusive works. Sprawling across three generations of the same family and moving from Burma and Malaya to India and the United States, if this novel has a centre it is RajKumar Raha, a shipwrecked sailor boy whose rags to riches story is counterpointed with that of the Burmese royal family. Built on the same sort of formidable research that made In an Antique Land a classic, Minna Proctor’s review of the novel captures something of the book’s vicarious pleasures:

'When you heave your final sigh and turn the last page of Amitav Ghosh's new novel, The Glass Palace, you feel as if you've travelled for 100 years on foot, through the most distant and lush lands on the globe. The Glass Palace is as close as a person tucked cozily into an armchair on a rainy day can get to the rubber plantations of Malaysia, the teak forests of Burma, and the bustling city streets of Rangoon and Singapore, bearing witness to the demise of the Burmese monarchy and the rise and fall of the British Empire. A stately and vibrantly detailed family saga set in south-central Asia against the tumultuous backdrop of the 20th century.'

In his next work of fiction, The Hungry Tide (2004), Ghosh evokes a shadow line that in certain respects overshadows even that of his second novel. The Sundarbans is a vast area of mangrove forest on the Eastern coast of India, much of it submerged, and spreading, with little respect for human geography across India and Bangladesh. A borderless, hostile, transitional zone that is neither land nor water, this enveloped and treacherous landscape forms an unlikely backdrop to this hypnotic tale of adventure and love.

Sea of Poppies (2008) marks the opening of an epic trilogy that combines and extends Ghosh’s established interests in the global histories of diaspora, movement and migration. The novel is set aboard the ‘Ibis’, an old slaving ship whose crew combines a series of shady figures, mariners, renegades and castaways in a voyage across the Indian Ocean. Comparing Sea of Poppies favourably with both Herman Melville and Joseph Conrad, John Thieme has said that ‘…if Amitav Ghosh can sustain its brilliance in the two remaining parts, his ‘Ibis’ trilogy will surely come to be regarded as one of the masterpieces of twenty-first century fiction’.

@GhoshAmitav RT @johnedwinmason: Good thread. Another example of why billionaires are a problem, not a solution.
(2 hours ago)

@GhoshAmitav RT @davidhogg111: If you live in the United States and your child was to be killed today the most likely cause would be gun violence. Hug y…
(6 hours ago)

@GhoshAmitav RT @KateRaworth: And how much is enough?....When will the UK - indeed any high-income country - shift from pursuing endless growth to learn…
(7 hours ago)

@GhoshAmitav RT @ClimateNexus: More than half of Puerto Rican electricity customers, over 700,000, were still without power Monday morning after Hurrica…
(8 hours ago)