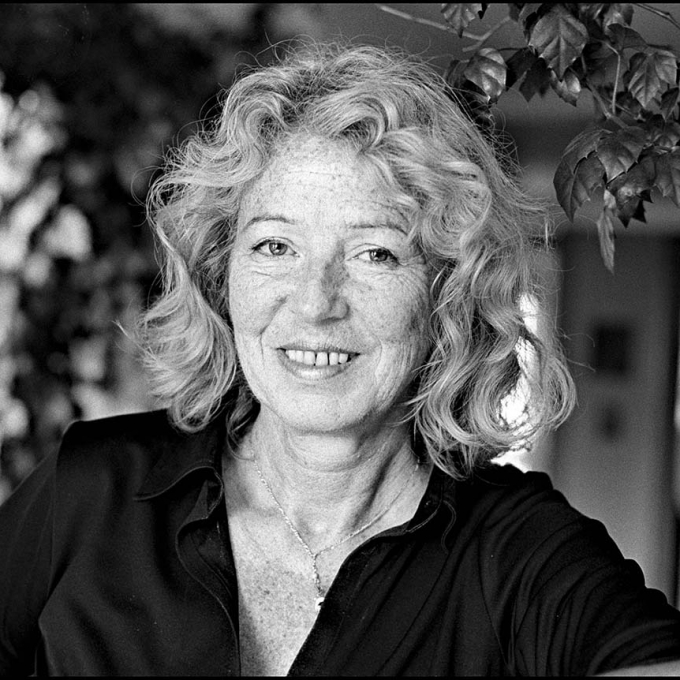 Alison Fell was born in Dumfries, Scotland in 1944. She was educated at Dumfries Academy and Edinburgh Art College.

She began writing for Scotland Magazine in 1962, and moved to London in 1970, where she co-founded the Woman's Street Theatre Group, later known as 'Monstrous Regiment'. She held the School of English and American Studies Writing Fellowship at the University of East Anglia in 1998.

She has published poetry and fiction for both adults and children, and has written for a number of publications, including Spare Rib magazine. She was joint winner of the Boardman Tasker Memorial Prize for her novel Mer de Glace (1991), and holds a Royal Literary Fund Fellowship for 2002-3 based at University College London.

She also co-wrote Mapping the Edge, a site-specific theatre piece, with Amanda Dalton and Bernardine Evaristo, first staged at the Sheffield Crucible in September 2001 and subsequently adapted for BBC Radio 3.

Her novel, The Mistress of Lilliput (1999), is a re-working of Gulliver's Travels in which Gulliver is followed on his journeys by his wife. Tricks of the Light (2003), Fell's seventh novel, is a powerful portrayal of love in middle age. Her most recent novel The Element-Inth in Greek was published in 2012.

Alison Fell’s poetry and fiction have many evocative descriptions of light and landscapes.

In her novel Tricks of the Light (2003), for instance, its bereaved heroine Constance Broom is spending Christmas in the snow-covered Alps: ‘the light dazzled her, sun striking bright as a bell’. It is the kind of light, she observes, ‘that could even redesign a life’. These interlinked themes of light and landscape are given an extended treatment throughout Lightyear (2005). This book-length sequence of poems (complemented by the photographs of Ivan Coleman) captures scenes in North London, Scotland, Cornwall and the French Alps, over the course of a year. The late Adrian Mitchell praised its ‘warmth, wonder, sensuality, humour, sorrow’, aptly calling her poems ‘various as the weather’. Indeed, Fell’s essentially Romantic summoning up of emotions from landscapes is entirely characteristic of her writings.

Fell is a Scottish writer, much of whose early career was conducted within the feminist and socialist movements. Arriving in London in 1970, she co-founded the street theatre group Monstrous Regiment, worked on the magazine Spare Rib and was involved with the pioneering publisher Virago Press. The latter brought out Every Move You Make, regarded as a confessional realist novel, as well as her best-known poetry collection Kisses for Mayakovsky (both 1984). Alongside writers such as Marina Warner, Michele Roberts and Sara Maitland, her work then began to evolve a more poetic sexual politics by incorporating fairy tales, myth and fantasy, as in The Bad Box (1987), about a young Scottish girl’s coming of age. Fell has since developed a particular niche of feminist romance, dramatizing the perennial clash between the sexes, notably in her beautifully written novels Mer de Glace (1991) and Tricks of the Light.

But Fell’s poetic descriptive gifts have always been at the heart of her writing, as exemplified in Dreams, Like Heretics, a volume of new and selected poems published in 1997. This includes most of the exuberant Kisses for Mayakovsky, poems energized by desire, female solidarity and political commitment. So, in ‘Stripping Blackcurrants’, ‘Your body haunts the corner / of my eye: / books, papers, your bent head. / I want you in heat, / sticky as blackcurrants’. And the offbeat humour of ‘In Confidence’ eavesdrops on women comparing their experience of orgasms: ‘A sunburst, says the third, / an exploding watermelon: / I had one at Christmas’. This celebration of female desire and the body continues with a defiant attitude to ageing: ‘rather than wither / ladylike and white / we will henna our hair / like Colette, we too / will be gold and red / and go out / in a last wild blaze’ (‘Pushing forty’). Fell also considers Scottish landscapes and history, as when walking near ‘Glencoe of the Slaughter’, ‘where darkness is brought to the brim, / and the bog-cotton bursts / like puffs of smoke / after a musket’ (‘Rannoch Moor’).

A rather different landscape of beauty and danger, the mountains of the Alps, takes centre stage in Mer de Glace. Its dream-like imagery and cliff-hanging emotional tensions make it Fell’s most admired novel. This concerns a passionate adulterous affair between Will, an American climber, and Kathleen the older woman who had been his college tutor. When his wife comes to Chamonix, their relationship is put under impossible strains and the fearful climax takes place during a hazardous ascent of Mont Blanc, when they are pushed to the limits of endurance. This is equally a novel that debates the conflict between sex and sexual politics, Kathleen’s desire overcoming her belief that ‘feminists don’t poach each other’s husbands’. Alongside all this pain and anguish goes a rich vein of winter images, such as the ‘sharp spears of frost’ that ‘patterned the surface of the snow, like iron filings’.

There is yet another side to Fell’s writing, equally informed by feminism but delighting in skilful literary pastiche and episodes of comedy. The Pillow Boy of the Lady Onogoro (1994) contains a multitude of delicately erotic stories within its overall framework, by purporting to be a medieval Japanese novel. The Mistress of Lilliput (1999) is a re-working of Gulliver’s Travels in which Mrs Gulliver pursues her husband to the South Seas, accompanied by a doll who serves as the narrator. Her awakening delight in the physical, even when at the mercy of Lilliputian rakes, is a pointed contrast to Gulliver’s disgust with bodies. It was very well-reviewed, for instance in the Times Literary Supplement (15 January 1999) by Tom Keymer, who called it ‘beautifully poised between eroticism and farce’ as well as stylistically a ‘witty engraftment … generous in its response to Swift’s text and deft in the liberties it takes’.

Dreams, Like Heretics actually opens with a sequence of poems written between 1993 and 1995, ‘In Memoriam’ D.C.’, elegizing the death of a lover following an accident abroad. These are naturally poems of emotional rawness: ‘Pain stores up in me / like static. All metal, like time, / has become lethal’. They also have qualities of reportage as well as meditation: ‘All spirit now, you ice / the air eternally / with your white ash’. And now ‘You have gone where nothing/ can hurt you, and I / am naked to the thorns’ (‘Pieta 3’). Yet ‘Reluctance’ concludes the sequence with images of life renewing itself: the vine in the kitchen ‘thinks it’s spring’, and ‘daffodil spears / rap out instructions / like cheerleaders: // eyes front! / no more mourning!’

This scenario of a woman mourning her dead lover informs the main story in Tricks of the Light. The 50-something Broom, on a Christmas holiday to the Alps, experiences a series of flashbacks in which we learn about her meeting climber Al, their courtship and his serious road injury in Turkey. Subsequently she has to arrange his repatriation by air and deal with Al’s two resentful sons. Complicating the narrative are two other strands taking place in the present: Broom’s brief affair with a brash advertising executive, and a family conflict in Scotland involving another former lover of hers. Once again, debates about feminism and socialist politics divide the characters, their passions engaged but their minds often elsewhere. Nevertheless the novel is very moving, especially in its deathbed scene, after which ‘she had to forgive Al for leaving her’. By contrast are the episodes in which sexual desire persists, ‘the private pornographic sweats of health’. An avalanche takes place on Christmas Day, in which her new lover mysteriously disappears, leaving open the possibility that this is all Broom’s compensatory fantasy. In this novel Alison Fell, as always, achieves a fine balance of deep feeling and poetic suggestiveness.