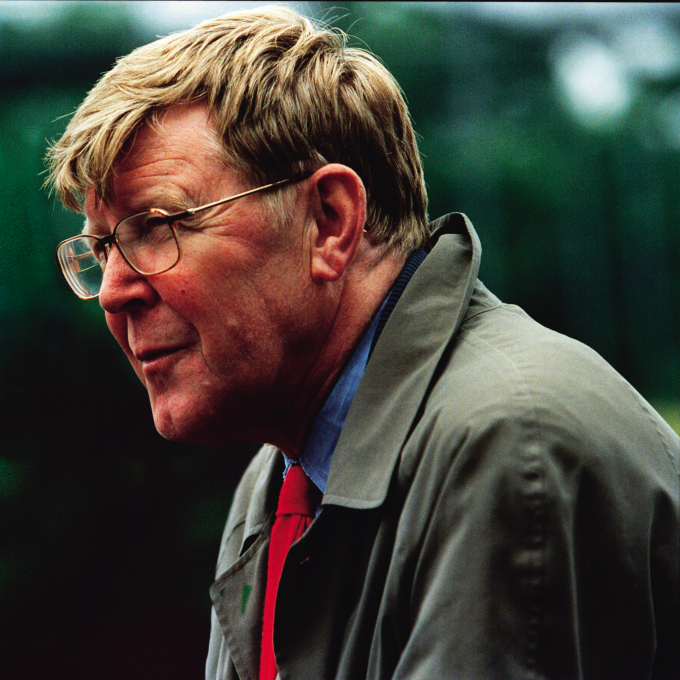 He studied at Exeter College, Oxford, then after a period of National Service, became a lecturer for a short time at Oxford University. He co-wrote and starred in Beyond the Fringe (1963), a satirical review, along with Dudley Moore, Peter Cook and Jonathan Miller, at the Edinburgh Festival in 1960. Later the show travelled to the West End and to New York. After this, he started writing for the stage and, later, for television. To date he has been actor, director and broadcaster, and written for stage, television, radio and film. His work focuses on the everyday and the mundane; on people with typically British characteristics and obsessions.

His first work for television was a sketch show, On the Margin, and he also wrote the television series Fortunes of War. His first television play was A Day Out, followed by several more television plays, five for the BBC, published as Objects of Affection and Other Plays for TV (1982),and five for London Weekend Television, published as The Writer in Disguise (1985). His two series of monologues for television, Talking Heads I (1988) and Talking Heads 2 (1998), proved Bennett to be the master of television monologue, a genre he had first anticipated in A Woman Of No Importance (1982) - his first play starring a single actress.

Alan Bennett has also written for radio, including The Lady In The Van (1990), an autobiographical memoir of a woman who parked her car in his garden and stayed for 15 years, and films, including A Private Function (1984), Parson's Pleasure, Prick Up Your Ears (1987), and The Madness of King George (1994), for which he was nominated for an Oscar for his screenplay adaptation.

Alan Bennett has won many prestigious awards for his writing. His prose collection Writing Home (1994), was followed by a sequel, Untold Stories, in 2005. His play, The History Boys (2004), won the 2004 Evening Standard Award for Best Play of the Year and The Uncommon Reader (2007) is a novella in which the Queen develops a taste for reading.

His most recent play is Cocktail Sticks (2012). His 1999 play The Lady in the Van has just been released as a film with Dame Maggie Smith in the lead role.

Alan Bennett’s diffident, often shy public persona has arguably been crucial to his sustained and ever-growing success, but any perceived aura of cosiness belies a sharpness of intellect and wit that has proved adept at dissecting the mores of the English and their institutions across a variety of genres.

A rare and regular literary candidate for canonisation in the mainstream press, Bennett’s status as an English national institution himself can perhaps be gauged from the near universal approval voiced in October 2008 at the news that he was donating his entire collection of manuscripts, notes, drafts and scripts from a 50-year literary career to the Bodleian Library at his alma mater, the University of Oxford. In an interview to mark the donation, Bennett said that he saw it as the repayment of a debt accrued during years of free education as a boy at grammar school and then at the university itself:

"Giving the manuscripts to Bodley - it sounds rather pious - is a kind of small recompense for what I was given. And not merely by Oxford, I also feel I was given it by the state, and the state isn't something that people would normally thank or think well of - and hence the phrase 'the nanny state'." (The Guardian, 24 October 2008.)

Bennett’s attitude to England and its institutions lies somewhere in this space between fidelity and detached scepticism: his refusal to accept an honorary degree from the university in 1998, after Oxford had allowed right wing media baron Rupert Murdoch to endow a Chair of Communications eight years earlier, is indicative of a prickly and political side to Bennett that is often submerged in the literary work. Diaries published annually in the London Review of Books and later collected in Writing Home (1994) and Untold Stories (2005) contain, amongst the literary and theatrical anecdotes, and accounts of visits to country churches, frequent acerbic commentary on the political classes in Britain, their predilection for bureaucratic interference, and the conduct of the war in Iraq.

Bennett’s career began in the epoch-making 1960s satirical revue, Beyond the Fringe, the experience of which perhaps trained him in the careful crafting of comic wordplay and semi-satirical asides so evident in later dramatic works. His first play, Forty Years On (1969), followed the revue model, containing within the play a collection of sketches, pastiches and parodies charting cultural and social changes in the country during the first half of the twentieth century, ostensibly an end of term production at a minor public school somewhere in southern England. The comic works of Bennett’s early career built his reputation as a playwright concerned with Englishness under strain: Habeas Corpus (1973) is a highly self-conscious farce in which a collection of suburban grotesques are forced to come to terms with the terrible consequences of their sexual appetites and morbid obsessions, whilst Enjoy (1980) depicts an elderly couple awaiting the demolition of their back-to-back terraced house in Leeds, before being faced with the prospect of their home being turned into a museum with themselves as living exhibits.

Kafka’s Dick (1987) exhibited a more surreal side to Bennett than had hitherto been apparent, involving the eponymous writer, initially in the form of a tortoise (a neat inversion of the premise of Kafka’s Metamorphosis) turning up with his friend and executor Max Brod at the late twentieth-century English suburban home of Sydney, a Kafka scholar and, like the object of his fascination, an insurance salesman. The Czech writer’s despairing outlook on life is also inverted in the development of a finely crafted farce which interrogates the nature of fame, the growing importance of the literary biographer and the tendency to reduce the lives of great men to a series of anecdotes and trivial episodes: the play’s vulgar and ironic title refers to its subject’s alleged physical shortcoming.

The Single Spies (1989) double bill of plays for the National Theatre examines, through the stories of two members of the Cambridge Soviet spy ring, double identities and English lives lived in exile and in secret. An Englishman Abroad takes as its subject one such spy, Guy Burgess, exiled in Moscow and pining for Savile Row suits, whilst A Question of Attribution shows his comrade Sir Anthony Blunt, Surveyor of the Queen’s Pictures during the 1960s, at this time, by contrast, at the heart of the British Establishment in Buckingham Palace. Elizabeth II appears as a character on stage in the latter play: in The Madness of George III (1992) Bennett turns to an earlier occupant of the throne for a play which deals not only with the titular monarch’s madness and the various misguided medical attempts to cure him, but also with the changing relationship between crown, parliament and the people towards the end of the eighteenth century.

Bennett was a prolific writer for television during the 1970s and 80s, but the Talking Heads (1987, 1998) series of monologues has arguably made the greatest impact on the medium. Whereas his stage work has frequently dramatised those at the centre of public life, real and famed historical and contemporary characters, these are studies of those on the margins of society, and include a repressed middle aged homosexual living with his elderly mother, a vicar’s wife, and a lonely clerk in a provincial department store. The Lady in the Van, first published as an extended prose piece in 1990 and adapted for the stage in 2000 is a portrait of a real person however: an itinerant and elderly woman, Miss Shepherd, who lived in a van in the driveway of Bennett’s own North London home during the 1970s and 80s. Here, perhaps, the parallel worlds of the marginalised and the metropolitan, each crucial to Bennett’s work, touch for the first time, as he describes how the eccentric behaviour and singular hygiene of Miss Shepherd test the tolerance and liberalism of his North London neighbours. In recent years Bennett has chosen to reveal more personal stories: in Untold Stories he writes for the first time about his cancer and homosexuality, describing in vivid detail an homophobic attack he and his partner suffered whilst on holiday in Italy.

Bennett’s phenomenally successful play The History Boys (2004), about a group of boys from a northern grammar school attempting the Oxford entrance exam during the 1980s, combines criticism of revisionist historians and neo-Gradgrindian educational practices with the statement of a fundamental – if unfashionable – belief in the pursuit of knowledge for its own sake. Here, as in Forty Years On, 35 years earlier, school can be read as a metaphor for nation: differences between the cultural references in the two plays chart further shifts in British cultural and social life.

Bennett’s novella, The Uncommon Reader (2007), returns to the monarchy for subject matter, in a fantasy in which Elizabeth II discovers literature through a chance encounter with a mobile library, much to the dismay of her courtiers and the disquiet of members of the government. The subversive potential inherent in reading and writing is heavily acknowledged but, as in The History Boys, the enduring impression is of Bennett’s belief in the value of the consumption and enjoyment of literature as a good in itself. 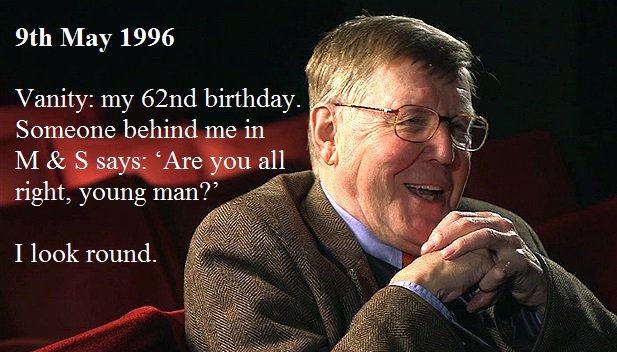 @Bennett_Diaries RT @ProfileBooks: Happy birthday Alan Bennett! Here he is in our office, looking cheerful even though we'd probably just asked him to sign…
(3 years ago)

@Bennett_Diaries RT @FaberBooks: 'Definition of a classic: a book everyone is assumed to have read and often thinks they have.' Happy 85th Birthday Alan Be…
(3 years ago)

@Bennett_Diaries 08/05/97: The names Americans visit on their children never cease to amaze me. One of Diana Ross’s daughters labour… https://t.co/Xpam2uhOxk
(3 years ago)

@Bennett_Diaries 02/05/12: Jeremy Hunt has the look of an estate agent waiting to show someone a property.
(3 years ago)