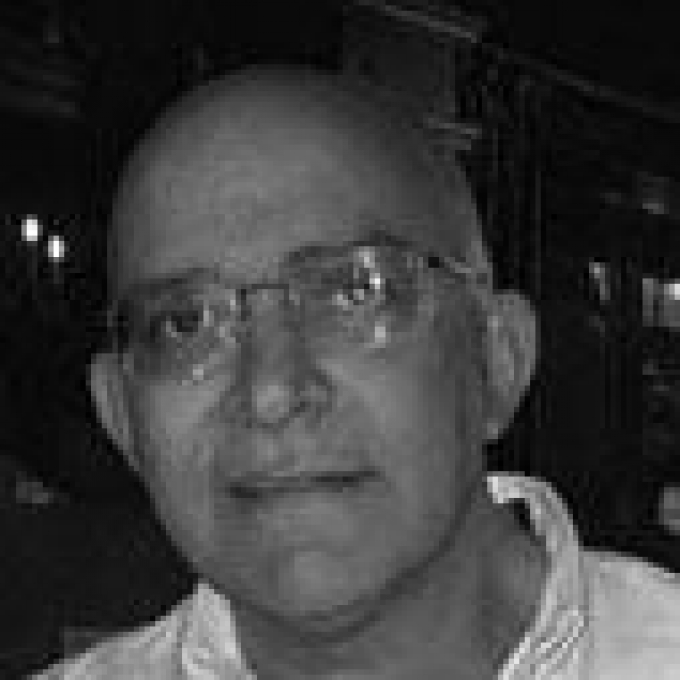 Aamer Hussein was born in Karachi, Pakistan, in 1955, and moved to London in his teens.

He has been writing fiction since the mid-'eighties, and his work has been widely anthologised in many languages including Spanish, Arabic, Japanese and Urdu. He is the author of the short story collections, Mirror to the Sun (1993); This Other Salt (1999); Turquoise (2002); Cactus Town and other stories (2002); Insomnia (2007); Another Gulmohar Tree (2009), a novella, shortlisted for the Commonwealth Writers Prize (Eurasia Region, Best Book); and The Cloud Messenger (2011). He is also the editor of Kahani: Short Stories by Pakistani Women (2005), a revised and extended edition of Hoops of Fire (1999).

He reviews regularly for The Independent, lectures at the University of Southampton, is a Senior Research Fellow at the Institute of English Studies (University of London) and was made a Fellow of the Royal Society of Literature in 2004. He has served on the jury of the 2002 Independent Foreign Fiction Prize, the 2007 Commonwealth Writers Prize and the 2008 International IMPAC Dublin Literary Award.

'In my imagination [my father] had the semblance of an eagle or a hawk; but whereas those predators went in search of food with cruel wing and beak and claw, [he] went in search of stories and songs and visions. He enchanted me with anecdotes of his voyages to cities I had never seen ...'

Born in Karachi to parents from different parts of the subcontinent, Hussein has been a Londoner since his mid-teens. As such, there are numerous references to his cosmopolitan heritage in Mirror to the Sun (1993), his first collection of stories. Exile, whether self-imposed or otherwise, is often destructive and can lead to a stultifying sense of aimlessness. Aamer Hussein, on the other hand, deals with the practical realities of the 'unfixed', and, as a result, he is one of its most eloquent chroniclers.

Mirror to the Sun reverberates with traumas. The Indo-Pakistan war (1971) looms large in 'Karima', a favourite of anthologists. In this story, Karima recounts the loss of her husband to ethnic violence in the wake of Independence, as well as her virtual slavery in a London butcher's where she works to send money back to Shahzad, her son, who, she later finds out, has died under the wheels of a truck. It was a debut full of promise.

With his second collection, This Other Salt (1999), Hussein delves deeper into the ordinary day-to-day activities of his characters. Its complex but rewarding sequence ‘Skies: Four Texts for an Autobiography’, is a collage of prose and poetry where Sameer, the narrator, re-visits the scenes of his childhood but is bewildered by Pakistan's strife-stricken society. The late 1990s were a prolific period for Hussein. Research into early 20th-century Urdu women’s fiction led to a superb anthology, Hoops of Fire (2000), later revised and reprinted as Kahani (2005).

Hussein's last two collections of stories, Turquoise (2002) and Insomnia (2007), have been his most mature in terms of scope and style. Highlights from Turquoise include 'The Needlewoman's Calendar', where a woman sheds both her faithless husband and veil on the train to Karachi. Refreshingly, Hussein does not claim to be a spokesperson for a misinterpreted nation – and though he devotes much attention to cultural identities, his themes remain universal: love, betrayal, loss, racism, corruption and social decay. Insomnia's first story, 'Nine Postcards from Sanlucar de Barrameda', for instance, written in the wake of the 7/7 bombings, explores the rising tide of Islamophobia. It has a Venezuelan complain of how 'Muslims in Europe are a demographic problem' to which the narrator replies: 'I guess I'm a Muslim in Europe too ... And foreign wherever I go.' In 'Hibiscus Days', a man falls asleep while reading an encyclopedia, and the moths on its pages escape into the room only to be captured and placed inside a poem. 'The Angelic Disposition' is another stand-out from Insomnia. Hussein's characters, delicately depicted, help convey these various themes. His women are quietly powerful, the men melancholic and severe; but both are sewn together by a deep-seated sense of compassion.

Nowhere is this compassion better explored than in Another Gulmohar Tree (2009), and its chief protagonists, Usman and Lydia. The setting is London in 1950, an 'imperial dowager without a throne”' Their budding liaison is interrupted by Usman's departure. Lydia, who keeps in touch, spends two years learning 'Hindoostawney' from a Major MacGregor, and heads for Karachi. The rest of the novella follows their marriage through its numerous hardships and delights. As with the later works of Assia Djebar and Marguerite Duras – in particular the Duras of La Musica deuxième or La Pluie d'été – Hussein's deceptively simple prose belies a powerful symbolism where details like the flora, fauna, or even the weather, have been wrought for a specific reason. This scene from Chapter 5 is particularly apt: 'She was surprised to find that, like herself and so many other inhabitants of her adopted city, the gulmohar, which appeared to be rooted in this soil, was a transplant.' Though dissatisfied by how his marriage has progressed, Usman's 'revelation' in Chapter 11, which leads him to re-awaken his passion for Rokeya, is both heart-warming and delicately conveyed. Hussein's at times overtly romantic touches, seem designed to sweeten his characters' existential clumsiness, and are, as his oeuvre shows, very well executed. The  exquisite fairy tale that functions as a preface to Another Gulmohar Tree is also highly memorable.

Hussein's novel The Cloud Messenger (2011), sees its narrator, Mehran, wrestle with multiple linguistic allegiances (Urdu, Farsi, Italian, English), as well as various romantic entanglements – and the implications these loves later have on his life and thoughts. Again, Hussein's folkloristic touch proves mesmerizing: 'Years ago, one of the last times I saw you, you told me a fable by a Senegalese sage, about all men being like walls full of holes in which birds nested, white birds and black, ravens and doves; "If you send out the white birds ones to someone else they return to their holes with blessings, but the ravens of rancour are always in search of empty spaces to occupy and will pick holes in the wall they perch on. Don't send your ravens to anyone."'

Hussein is no magic realist; he is equally at home with Urdu folk tales as with French nouvelles. Such diverse sources of inspiration are not unusual, since his 'knowledge of the work of writers both prominent and obscure' in Han Suyin's words, 'is second to none.' In terms of Anglophone Pakistani authors, however, Hussein is an oddity, albeit a welcome one. Hussein does not condescend to facile First World clichés – he is both liberal and righteous. Instead of rants against religious and political establishments, one finds tactful, delicate nuances.  This is no doubt due to his dedication to the intense craft of the short story, drawings elements from both classical and experimental components. He has had an undoubtable influence on younger writers such as Kamila Shamsie, and, with the short-listing of Another Gulmohar Tree for the Commonwealth Writers Prize, one can only hope that Hussein's deserved critical recognition will translate into further acclaim.