Louise Doughty, whose novel Black Water is set in Indonesia, poses questions to Indonesian writer, Laksmi Pamuntjak, ahead of her appearance at The London Book Fair next month. 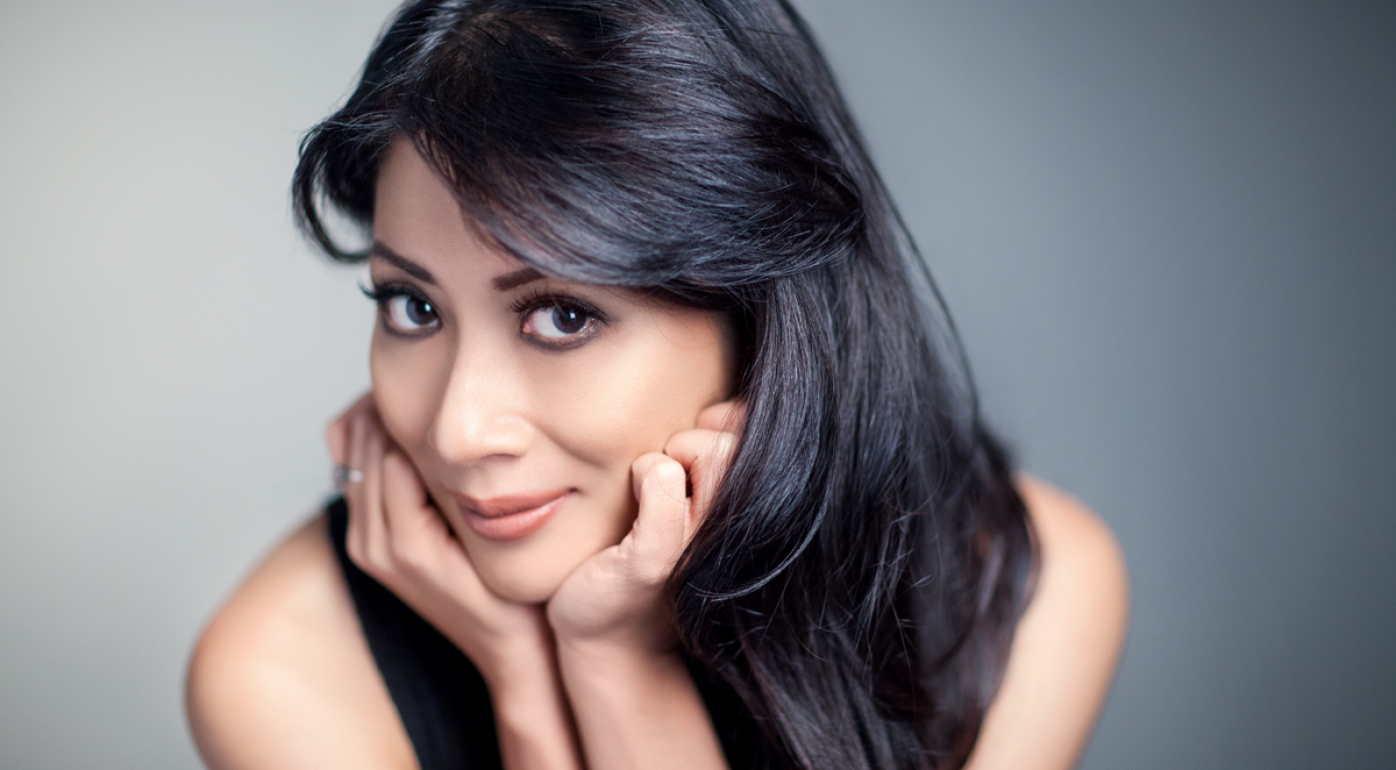 Indonesia is the country of focus at the London Book Fair this year and recently at Frankfurt - to what extent do you think Indonesian literature is finally having it's moment in the spotlight?

I cannot say for certain what these one-off ‘spotlights’ on Indonesian literature would mean for Indonesian literature in the long term. But it is an encouraging sign; the relatively short three-and-a-half-year gap between Frankfurt Book Fair (FBF) 2015 and London Book Fair (LBF) 2019 means we are still—or possibly even more—interesting to the publishing industry. And while I wish more Indonesian writers are being translated into English—and translated well—some of us are starting to break through internationally. It always takes one or two to pave the way.

For me personally, FBF was a game changer in many ways. Before that we didn’t have the publishing infrastructure necessary with which to promote our literature abroad. We didn’t have literary agents – in fact I only knew of one, and he used to work for my Indonesian publisher Gramedia. It was he who took a chance on the English version of my first novel, Amba/The Question of Red, and brought it to Frankfurt Book Fair in 2013, where the novel was picked up by Ullstein Verlag and published in Germany in 2015, ahead of the FBF.  So I was very fortunate. A few months later, I landed a literary agent in New York, through whom I managed to sell world rights to other European markets. Later this year, I signed up with another literary agent, based in Bangalore, to represent my third novel.

Last year, in September, Ullstein Verlag published Herbstkind, my third novel, ahead of the original English version, which has recently been bought by Penguin Random House. Ullstein has also bought the German rights to The Birdwoman’s Palate, my second novel, due out in 2020. Mine certainly isn’t the conventional path, but it is fair to say that my so-called international career grew out of the success of my debut novel in Germany. And FBF 2015 did a lot to bolster it when Indonesia was its Guest of Honour.

You are one of Indonesian literature's most successful exports and you've been particularly successful in Germany, do you feel obliged to be a kind of ambassador for literary achievement from Indonesia or do you resent that kind of pressure?

Yes, I often do, because the expectation presupposes a set of criteria imposed from outside of what literary success—or successful literature—is. And I find it so reductive. I also dislike labels, especially one that effaces diversity for the sake of reaching a wider audience. I’d like to think I am first and foremost a writer, not an 'Asian', 'Indonesian' or, worst, an 'Indonesian woman' writer. A writer's background is just one of many influences fueling his or her imaginations. It's not the defining quality. Besides, understanding literature in terms of a homogenised construct, whether it's 'Indonesian', 'Southeast Asian', or 'Asian' is almost always misleading. It doesn’t allow for the many differences including race, class, ethnicity, gender and generation in both the writing and the writers, especially those who want to explore areas not stereotypically understood as 'Asian' or 'Indonesian'. Who would it include and who would it exclude? What things could or couldn't it be about? Would it be geographical?

Again, the problem lies in the inadequacy and narrowness of the categorizations themselves. Especially in how they are framed, defined and presented in the West. They show that our literature, whatever it is called, is simply not yet part of the Anglo-American mainstream ('the West'), and because of that we have to be up to speed.

I often feel that if we didn’t write about matters ‘political’ our authenticity is questioned. I do wonder whether in some ways it has contributed to the interest in my work, particularly in Germany and Holland. But, of course, the idea that in order to be credible, non-Western writers must deal with particular issues or perspectives is absurd. It takes away the writer's freedom to do what they do best, which is to write. I’d like to think of Indonesian literature like any other literature. It is literature that speaks out of the place that it is written. And by this it doesn’t have to be a geographical place but an individual imagination made up of many parts.

As well as being an acclaimed novelist, you're known for poetry, journalism and food writing - how do you find time to eat?

You won’t believe it, but I do most of my eating when I’m writing or reading. I have lived many long periods of solitude in which the line between working and not working has become so blurred. Even when I’m out reviewing a restaurant, and not with other people, I will have a book or a notepad or my laptop with me.

I find that there is a solitary aspect to eating that goes hand in hand with writing; like cooking, writing too is a bringing together of elemental substances for, in the words of Jay Parini, 'transmutation over a hot flame'. I grew up as an only child, which means I very much need my own space. Since I travel so much for work, I’ve come to love writing in cafes and restaurants, as they connect us through the sheer white noise that is the human web but at the same time also centers or anchors us in our aloneness.

It’s funny how when someone asks me, so are you a poet, are you a novelist, are you a food writer, what are you? there is always this … pause. I find myself asking myself exactly the same question. So who am I? Am I all those things? Am I all those things all the time or just sometimes? Am I more of one thing and less of the other? Is it possible not to be any of those things, and calling oneself so many things is one way of shirking responsibility, or escaping the higher demands of each genre?

The Question of Red is probably your best known work - do you have a favourite poem or piece that you would like readers to encounter that they may not have heard of yet?

Yes. There are several poems recently published in the new collection There Are Tears in Things: Collected Poems and Prose (2001-2006) that are dear to me. The other work that is very close to my heart is the stories inspired by paintings in the short story collection The Diary of R.S. The heavy focus on visual art in my third novel, Srikandi/The Fall Baby (October 2019) is in many ways a continuation of that work.

When people in the UK or US talk about Indonesian literature, the lazy comparison that is sometimes made is with Latin American magic realism - although it is much more plural and complex than that. Do you feel you are writing within any particular literary tradition or are you carving your own path?

Yes, Indonesian literature is not a monolithic entity—it is made up of many cultures and places and styles. And of stories and storytellers. Do I carve my own path? Yes, I think so. Which doesn’t mean that I found my ‘voice’ once I became a writer—it is a product of hard work, extensive reading and much reflection. It changes, it matures over time.

Then there is the added complexity of writing both in English and Indonesian—sometimes in self-translation. What is clear is that as a novelist I’m more of a realist. I render times and places, people and things as they actually are, and the dreams are just that—dreams. But prose-poems and short stories somehow give me more liberty with form: there’s always been a lot of fragmentary, fleeting passages of time and place, especially in my earlier works. Almost all writers essentially begin their so-called writing ‘career’ under the ‘anxiety of influence.’ Henry James and Susan Sontag are never far from me, but I had several phases. There was my ‘Sylvia Plath’ phase early on in my poetry days. My ‘Rita Dove’ phase and my ‘Paul Celan’ phase. When I started writing Amba/The Question of Red, I had my ‘Toni Morrison’ phase and my ‘Nadine Gordimer’ phase, and when I was drawing a lot of inspiration from mythology, I was very much enthralled by Jeanette Winterson and Anne Carson, and the possibilities of melding genres. Now I prefer smaller canvases, tauter stories. Lydia Davis, Annie Dillard, Walker Percy, Richard Yates, Raduan Nassar, Clarice Lispector. I go back to The Great Gatsby. To Sapardi Djoko Damono—who is sublime in his spare eloquence.

Louise Doughty's new novel Platform Seven will be published by Faber in August 2019. 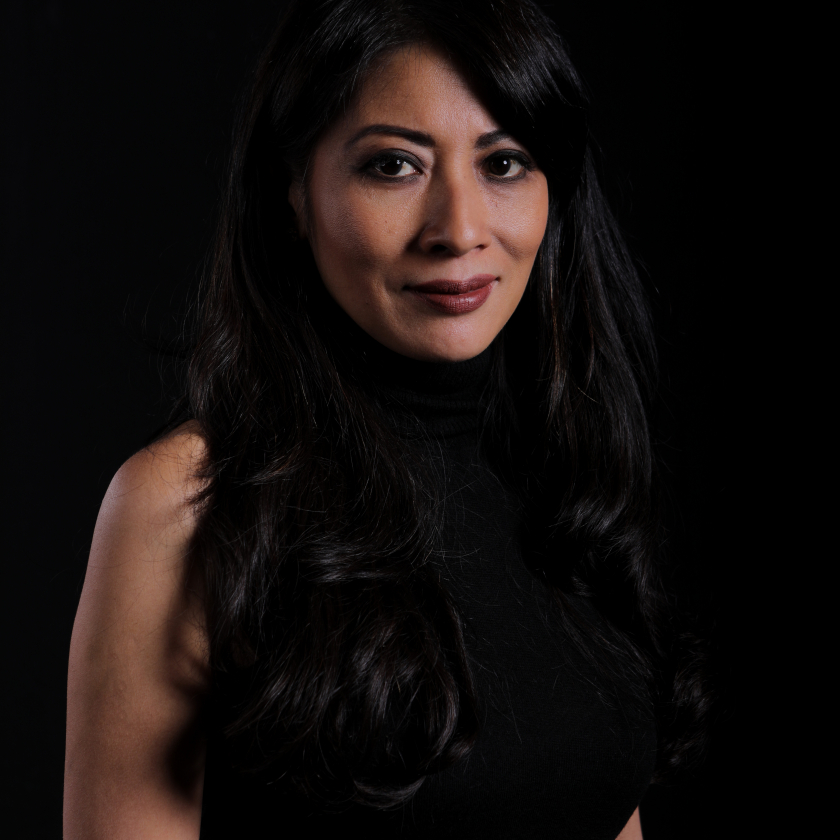 Laksmi Pamuntjak is a bilingual novelist, poet and food writer. She has written on culture and polit...