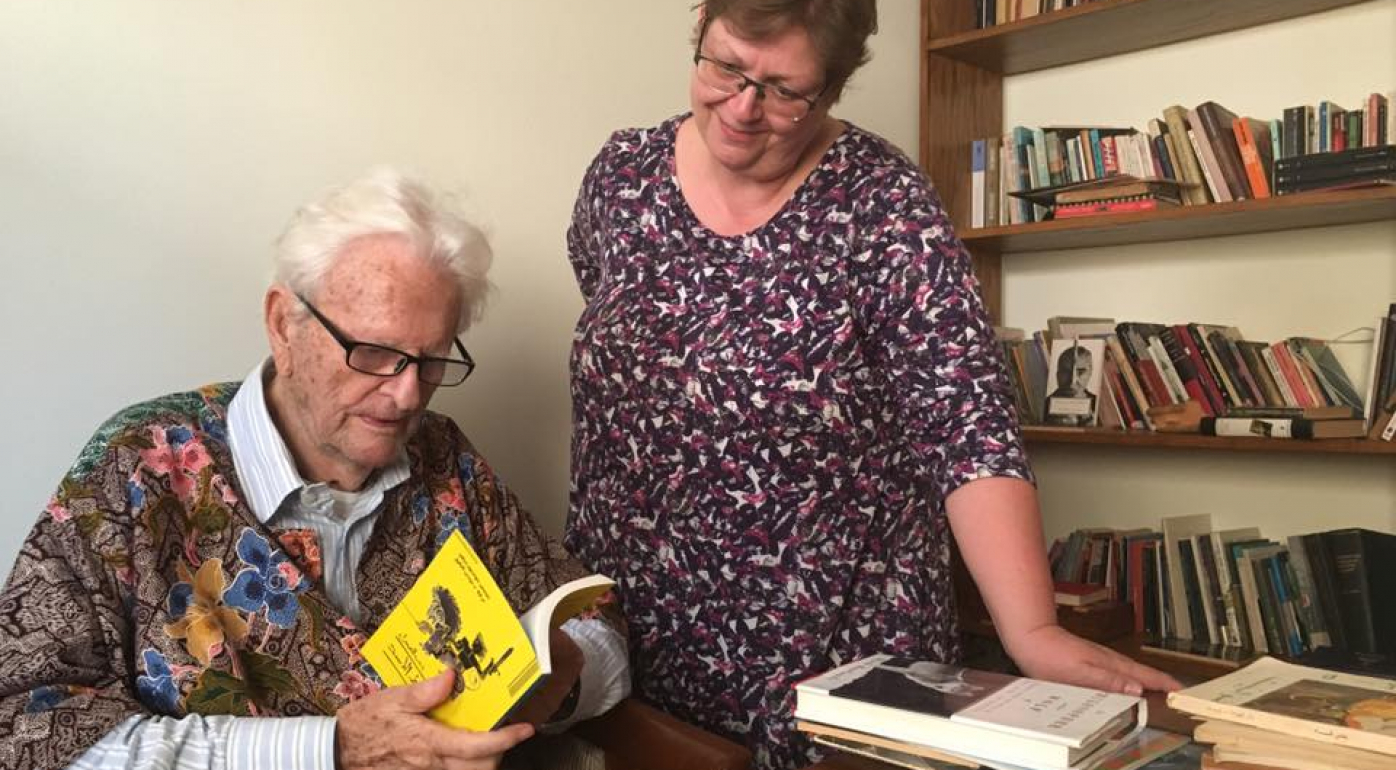 I can’t imagine it happens very often that a British Council office maintains a relationship with one person for more than 70 years, but that’s exactly what happened with translator Denys Johnson Davies and the British Council in Egypt. Changes of people within the British Council and moves between different countries for Denys meant that it wasn’t one long, continuous relationship but, like all the best friendships, the conversation generally picked up where it had left off the last time.

His first encounter with the British Council happened after World War II ended, when he was finally allowed to leave his war-critical post at the BBC. He applied for, and was offered, a post teaching Arabic translation at the British Institute in Cairo and, as you did in those days, sailed to Port Said and then took the train to Cairo. As he related in his book, Memories in Translation, this is when he started engaging with the writers, journalists and intellectuals who would influence his personal and professional life for the next 70 years. These relationships often got him in trouble with his bosses at the British Council, who sometimes wanted him to report back on these ‘people of interest’ and at other times suggested he should be spending more time with his English colleagues rather than ‘going native’.

Unsurprisingly, his unwillingness to toe the line of Egypt’s British masters meant that his contract wasn’t renewed when it expired two years later!

He very quickly found a new job, teaching English at what later became Cairo University, and the main reference used in his favour was that he’d been let go by the British Council.

Fast forward 50 years and the British Council in Egypt was again working with Denys. This time as part of a project by publishers Andy and Nadia Smart, and their company Hoopoe Books, to translate and publish traditional Egyptian folktales for children. It was round about then that I was first introduced to Denys.

Fifteen years later and the British Council in the Middle East and North Africa had built one of its largest regional projects to strengthen links between translators and publishers in the UK and the Arab World. Over three years, and in partnership with organisations like the London Book Fair, the Publishers Association, Banipal, the Arab Publishers’ Association, and book fairs in the region, we delivered workshops, panel discussions, literary cafes and networking opportunities for writers and publishers.

Highlights of the programme were the Arab World Market Focus at the 2008 London Book Fair, which was followed by the UK guest of honour role at the Cairo International Book Fair in 2009. Denys was an integral part of this work and the authors and publishers working with us always acknowledged him as the ‘father’ of Arabic literary translation.

During the London Book Fair in 2008, British Council deputy chair, Gerard Lemos, hosted a formal lunch to publicly honour Denys’ (then) 60 year labour of love bringing Arabic literature to audiences in the English speaking world. In 2010, at another British Council/British Centre for Literary Translation event in Cairo, he shared his years of experience with 40 of the latest generation of Arabic translators, who are now continuing the work he started in the 1940s.

In recent years I’ve been honoured to call Denys, and his wife Paola, friends. We met regularly – in both their Cairo and Fayoum homes - for coffee, sweets, and chat about the latest literary gossip.

Denys carried on reading and meeting his book-world friends until right before his death, and the outpouring of love and respect since then has reminded everyone how truly unique he was and how vital his contribution to the world of Arabic literature in translation has been.

Denys Johnson-Davies was a pioneering Arabic literary translator including of Naguib Mahfouz, the Egyptian novelist who won the Nobel Prize for Literature in 1988. Johnson-Davies seven-decade career of translating began when he went to Cairo in 1946 for the British Council. He died in May 2017 aged 94.

Cathy Costain has worked in Egypt since 1986. From 1986-2009 she managed various libraries in cities across the country, including the British Council Library in Cairo. She was part of the team that delivered the Arab World Market Focus at the London Book Fair 2008 and the UK guest of honour programme at the Cairo International Book Fair in 2009. Since October 2010 she has been Head of Arts for the British Council in Egypt.