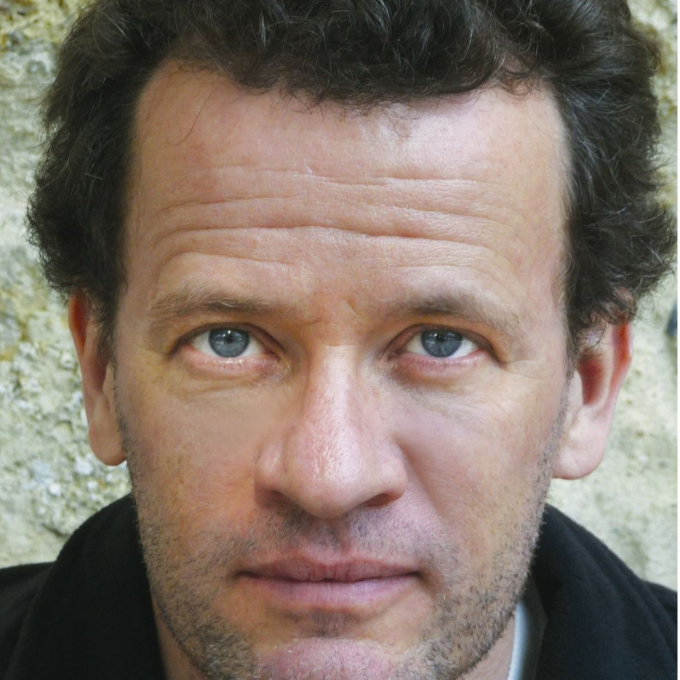 Yann Martel was born in Salamanca, Spain, in 1963, of Canadian parents who were doing graduate studies.

Later they both joined the Canadian foreign service and he grew up in Costa Rica, France, Spain and Mexico, in addition to Canada. He continued to travel widely as an adult, spending time in Iran, Turkey and India, but is now based mainly in Montreal. He obtained a degree in Philosophy from Trent University in Ontario, then worked variously as a tree planter, dishwasher and security guard before taking up writing full-time from the age of 27.

His first book, The Facts Behind the Helsinki Roccamatios, was published in 1993 and is a collection of short stories, dealing with such themes as illness, storytelling and the history of the twentieth century; music, war and the anguish of youth; how we die; and grief, loss and the reasons we are attached to material objects. This was followed by his first novel, Self (1996), a tale of sexual identity, orientation and Orlando-like transformation. It is described by Charles Foran in the Montreal Gazette as a ' ... superb psychological acute observation on love, attraction and belonging ...'

In 2002 Yann Martel came to public attention when he won the Man Booker Prize for Fiction for his second novel, Life of Pi (2002), an epic survival story with an overarching religious theme. The novel tells the story of one Pi Patel, the son of an Indian family of zookeepers. They decide to emigrate to Canada and embark on a ship with their animals to cross the Pacific. They are shipwrecked and Pi is left bobbing in a lifeboat in the company of a zebra, a hyena, an orang-utan and a 450-pound Bengal tiger. Life of Pi has been published in over forty countries and territories, representing well over thirty languages, and a film of the book, adapted by Ang Lee, was released in 2012.

In 2004, a collection of short stories was published entitled We Ate the Children Last. His latest books are the novel Beatrice and Virgil (2010), a New York Time Bestseller and a Financial Times Best Book; 101 Letters to a Prime Minister (2012), a collection of letters to the prime minister of Canada; and his latest novel, The High Mountains of Portugal (2016).

Having failed to create much of a literary splash with his first two books, Yann Martel became a bestselling author with the Man Booker Prize for Fiction winning Life of Pi (2002).

He turned to writing after doing a variety of different jobs, from washing dishes to planting trees. Initially, Martel wanted to be a politician; he also considered anthropology. Then, after a long period of travel he began writing plays and short stories; by the time he was 27, he was earning his living as a writer.

The opening of Life of Pi, with its quirky allegorical feel, is pleasing in its gentle and warm-hearted tone. Prefaced with a part fact-part fiction note on how he came upon the story, Martel’s fantastical tale of a 16-year-old-boy’s 227-day odyssey adrift in the Pacific, accompanied by a spotted hyena, a zebra with a broken leg, a female orangutan and a 450lb Royal Bengal Tiger, is dripping in religious lore, zoological history and metaphysical speculation. It is also a spirited and unexpected defence of zoos.

Essentially a hybrid of an adventure story and a fable about belief, Life of Pi is narrated by Piscine Monitor Patel, named after a family friend’s favourite French swimming pool. Piscine grows up in Pondicherry in India, the son of a zookeeper. Bored of jokes at the expense of his name he restyles himself Pi and in that ‘elusive, irrational number with which scientists try to understand the universe [he finds] refuge.’ Although born a Hindu, Pi is fascinated by other religions and attracts them ‘the way a dog attracts fleas.’ He becomes both a Christian and a Muslim and finds humanity and a sense of mystical solidity in his faiths. Pi’s sense of religious wonder is revelatory. It invests belief with a sense of the magical, something which has been lost in the secular West which views religion with increasing suspicion or even contempt. His family, although confused by Pi’s attachment to three distinct religions, nevertheless do not place any restriction upon him practising them. However, when Pi’s family decides to emigrate to Canada, taking a menagerie of animals with them, all is set to change. But when their Japanese cargo ship meets with disaster on the Pacific, only Pi and a group of animals survive. Soon, given the carnivorous nature of the curiously named tiger Richard Parker, only he and Pi remain. Pi’s encyclopaedic knowledge of the animal world, his respect for his own fear and his refusal to surrender to his fate, all allow him to survive on the boat with Richard Parker for many months. In meticulous detail, Pi describes his life on a small lifeboat. In long hallucinatory passages he retells the story of the shipwreck. When they finally reach the coast of Mexico, Richard Parker flees and is never seen again. Rescued by the authorities, Pi soon meets with representatives of the Japanese Government who want to know what happened to their ship. He tells them two stories: the one we know, and another, much more conventional, version. The reader is left to muse upon which version might be the truth; there is of course the possibility that the story we have been told is nothing more than a fantasy elaborated by Pi as a coping strategy.

Marquez’s Story of a Castaway rewritten by Salman Rushdie on hallucinogenic drugs, Life of Pi is an exhilarating tale of faith and survival. It is enchanting, a fiction that sets itself up as truth in such a convincing manner that at the novel’s conclusion, the reader cannot be entirely sure that the events depicted did not in fact take place.

Martel’s first book, The Facts Behind the Helsinki Roccamatios and Other Stories (1993), was well-received critically, but failed to sell. The four stories in the collection, all extremely moving meditations on such issues as grief, the extremities of war, pain, death and illness, are full of fresh and exuberant writing and formal experimentation. The book has, like The Life of Pi, the feel of the fantastical, there is the touch of Italo Calvino, a sense of boundary-pushing. In ‘Manners of Dying’, variations of a warden's letter to the mother of a son he has just hanged are presented as if they were an etiquette manual. In the title story, the tale of a young man dying of AIDS who, along with a friend, tells the history of the Roccamatio family of Helsinki, melds into the insanity of 20th century history. ‘The Mirror Machine’ is about a young man who comes across a strange antique in his grandmother's attic. His fascination with this object draws the reader into reflecting upon the power our possessions exert over us, the memories they hold, the life-force they seem to possess. The marvellously titled ‘The Time I Heard the Private Donald J. Rankin String Concerto with One Discordant Violin, by the American composer John Morton’ presents the Vietnam War through the auditory prism of music. It is a dazzlingly original means of exploring subject matter that has been dealt with exhaustively, both in film and literature.

Self (1996), Martel’s second book and his first novel, was neither critically nor commercially well-received and is now, of course, very much in the shadow of The Life of Pi. Yet to dismiss Martel’s skewed work of fantasy-autobiography is to do the book a disservice. Ostensibly about an 18-year-old boy, who, in the course of an overnight Kafkaesque transformation, becomes a woman, only to morph back into masculine form in his mid-20s, Self is an acute study of sexual orientation and identity. Bold, original and in parts very funny, the novel is the story of a nameless narrator who struggles to grasp the implication that he/she is ‘a ceaseless monologue trapped within [him/herself]’. Self concerns itself with the tension between fixed and mutable notions of who we are. It is about the limits of our personalities; the possibilities of transformation on a grand scale; the scope of fiction to express our confusions. Self asks how we create ourselves and what it means to do so.

The back cover asks: What is fiction? What is autobiography? What is man? What is woman? What is violence? What is happiness? Self is a rumination on the notion of what constitutes a boundary. As parts of the novel are narrated in both French and English, Self also deals with what separates languages, and how this informs us. Martel doesn’t provide the reader with easily digestible answers to these questions; yet in his sensitive, honest and unflinchingly open exploration of these matters, he leaves the reader with much to think about. Part travelogue, part autobiography and part philosophical treatise, Self is a playful although ultimately serious examination of the loneliness of youth, the melancholic hankering after a greater purpose, and the essential absurdity of longing and sexual desire; it lingers long in the imagination, particularly its horrifyingly violent dénouement.

Yann Martel approaches his themes in unusual and provocative ways. He reminds us of the power of the imagination and the need for storytelling. Wherever he goes, we can expect the unexpected.

I write to understand issues that are important to me, to express my creative energies and to pass the time in a meaningful way. 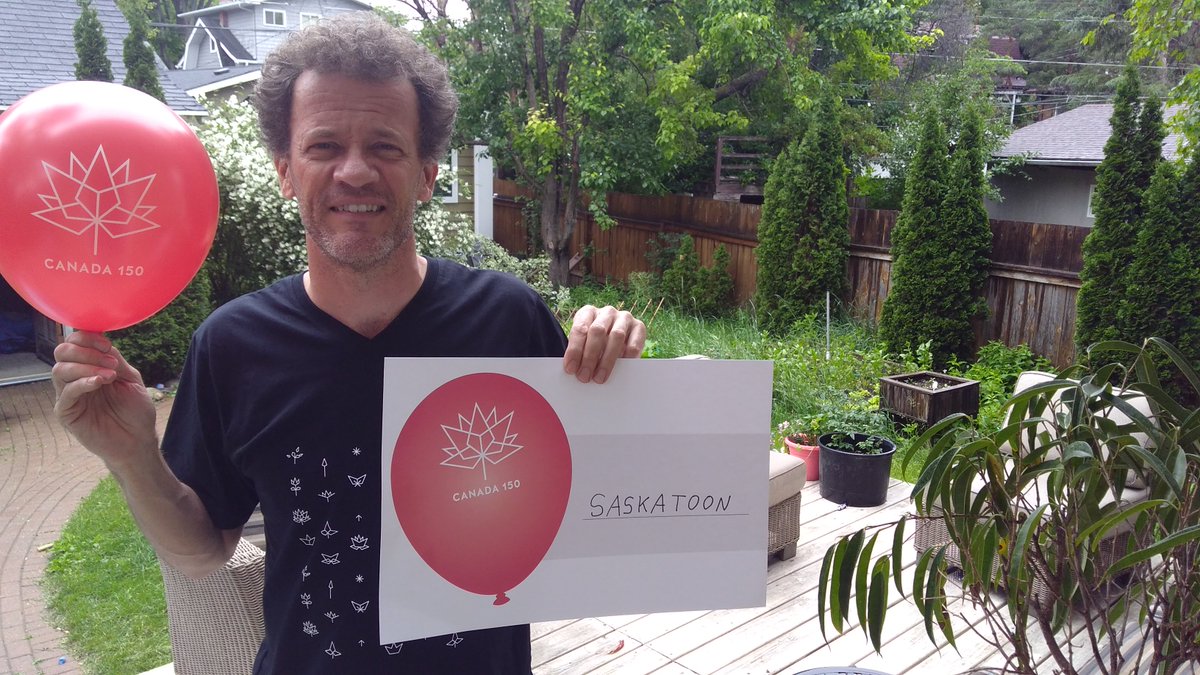 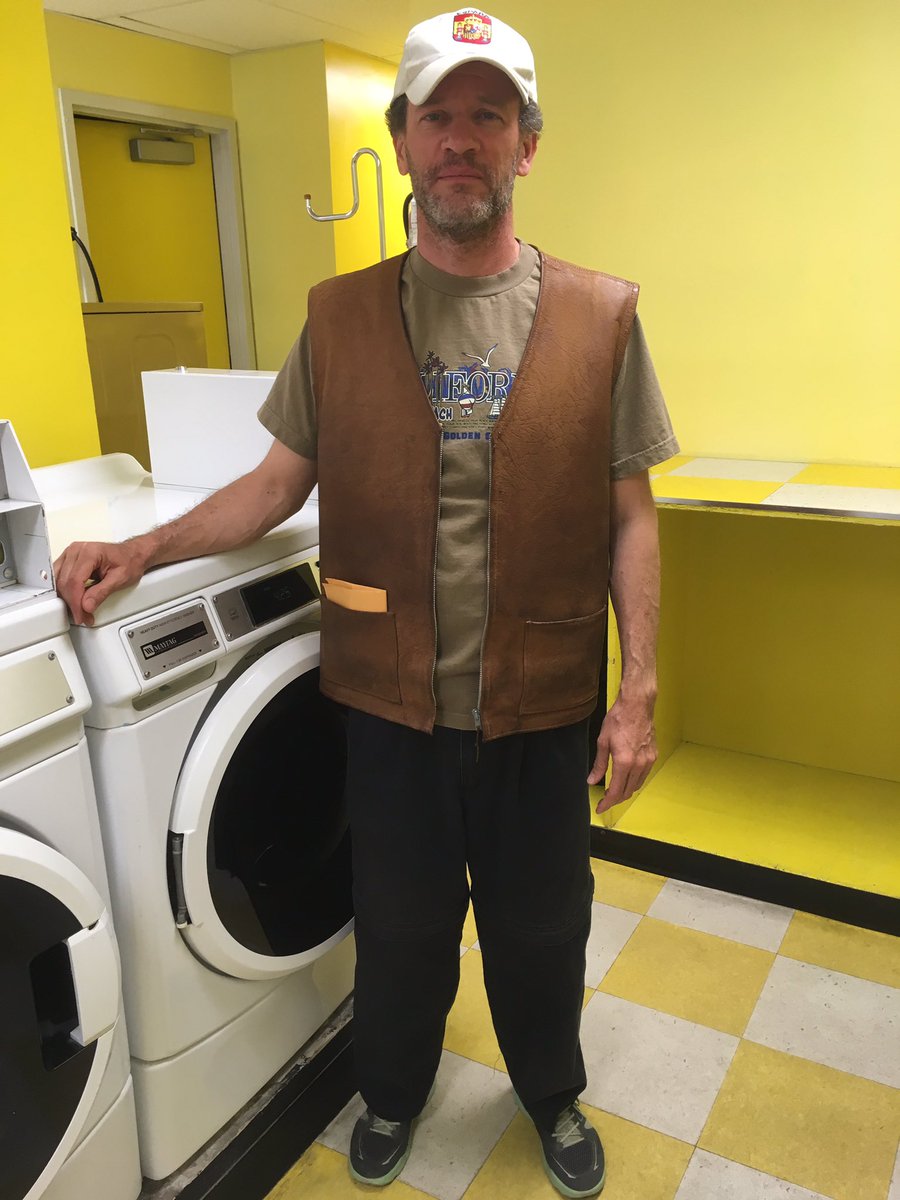 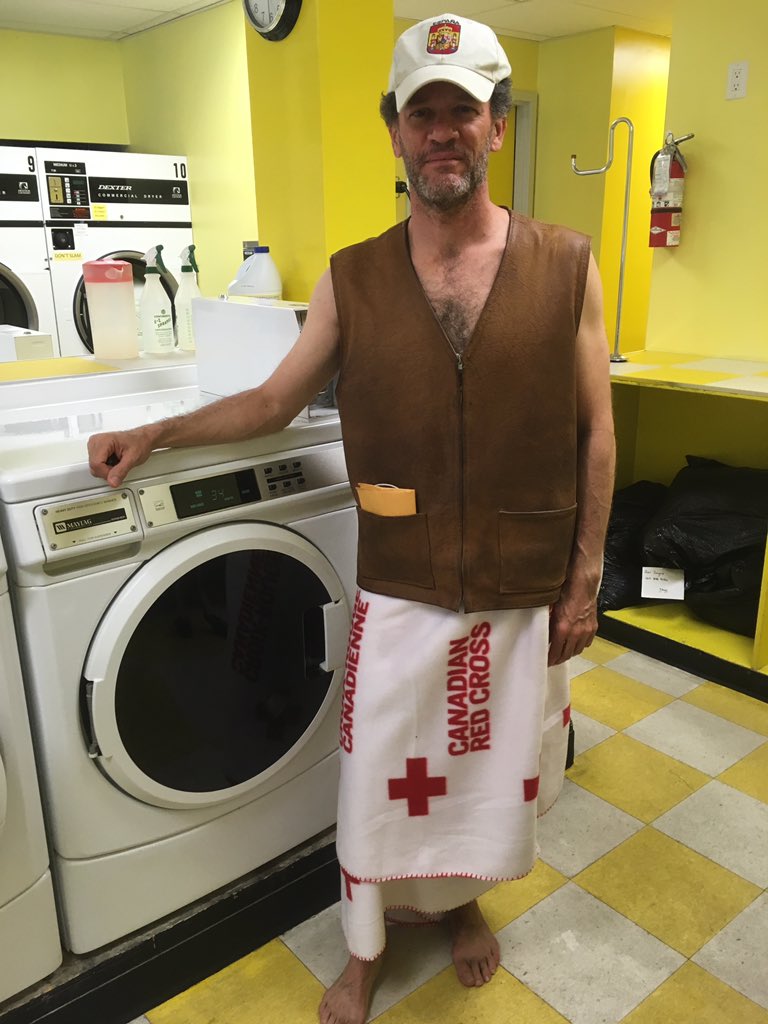 @WriterYann Up at 4:30 after 3 hr sleep. The outdoors my bedroom and toilet. Now wandering about, waiting for the world to wake up #sanctumsurvivoryxe
(4 years ago)

@WriterYann Too windy. Went to find cardboard. Tried to sleep in a lobby, was kicked out. Finally slept in another play structure. #sanctumsurvivoryxe
(4 years ago)