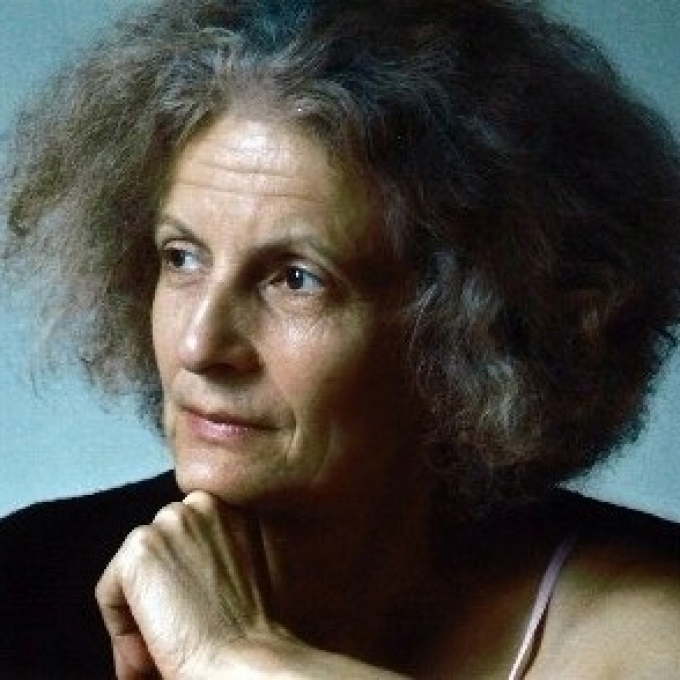 Playwright Timberlake Wertenbaker grew up in the Basque country. She was Resident Writer for 'Shared Experience' (1983) and the Royal Court Theatre (1984-5).

Her plays include New Anatomies, first staged at the ICA in London; Abel's Sister, first performed at the Royal Court Theatre Upstairs in 1984; and The Grace of Mary Traverse (1985), winner of the Plays and Players Most Promising Playwright Award. She is best known for her play Our Country's Good (1988), based on the novel The Playmaker by Thomas Keneally. First performed at the Royal Court in 1988, it was awarded the Laurence Olivier/BBC Award for Best New Play and the New York Drama Critics' Circle Award for Best New Foreign Play and was nominated for six 'Tonies'.

She has adapted and translated work by Marivaux, Anouilh, Maeterlinck, Pirandello, Sophocles, Euripides and Preissova. She also wrote the screenplays for film adaptations of Edith Wharton's The Children and Henry James's The Wings of the Dove. She is the author of a television play, Do Not Disturb, and her work for radio includes Dianeira, broadcast by BBC Radio 3 in November 1999, an adaptation and translation of Euripides' play Hecuba broadcast by BBC Radio 3 in 2001, and adaptation of a Kadare novel The H File and Scenes of Seduction on Radio 4 in March 2005.

Timberlake Wertenbaker's play, Galileo's Daughter, was performed in Bath in 2004 by the Peter Hall Company. Following Divine Intervention in 2006 she was made a Fellow of the Royal Society of Literature. Jefferson's Garden, a period piece set during and after the American Revolutionary War, premièred at the Watford Palace Theatre in February 2015.

In most of Timberlake Wertenbaker's plays there are two competing forces: a generous utopian impulse and a strong satirical drive.

In her most well-known and most frequently performed play, Our Country's Good (1988), which is set in the first Australian penal colony, the optimistic, utopian strain prevails.  As the brutalised convicts rehearse for a performance of Farquhar's The Recruiting Officer, they more than once recite from the eighteenth-century play the line 'Whilst there is life there is hope'.  Indeed, the word 'hope' makes an appearance in virtually all Wertenbaker's plays, and it is this quality that she admires so much in Sophocles in whom she also finds 'tremendous despair'.  At the other extreme, in her treatment of the London art scene of the late 1980s, Three Birds Alighting on a Field (1992), biting satire wins out.  In this post-mortem on Thatcherite Britain, the venality of art dealers, the hypocrisy of artists, and the vanity of collectors all come under intense criticism.  However, it is the regular mixing of these two normally incompatible elements which marks out Wertenbaker's dramaturgy and makes it so challenging for audiences. It is not insignificant that her least well-received play, The Break of Day (1995), is also the one which most fully integrates the satirical and the utopian, for in its exploration of modern fertility, it invests with hope those very same characters it subjects to satirical scrutiny.

The success of Our Country's Good can be attributed in large part to the claims it makes for the redemptive power of theatre.  Putting on a play, it suggests, alleviates the worst aspects of colonial life and gives the convicts a sense of collective identity.  For theatre workers in the vulnerable subsidised theatre sector in the 1980s this was a welcome message.  But Wertenbaker's reputation as unequivocal standard-bearer for the virtues and benefits of cultural production is not entirely justified.  As Three Birds Alighting on a Field attests, she is more than willing to ask tough questions about the role of art in modern society, and in later plays such as The Break of Day, After Darwin (1998), and Credible Witness (2001), Wertenbaker continues her inquest into the state and relevance of contemporary theatre.

For instance, The Break of Day is largely sympathetic towards the minor character Robert, an actor agonizing over whether to take up a lucrative television deal or instead act in a more artistically challenging Chekhov play, but it is also gently ironic about his solipsism.  After Darwin also examines the dilemmas of stage actors who toil for little compensation and can expect much greater rewards for screen work.  Under the supervision of director Millie and playwright Lawrence, Ian and Tom rehearse a play about Charles Darwin and Robert FitzRoy, captain of the Beagle which brought the evolutionist to the Galapagos Islands.  All four work in 'a threatened environment' and it becomes clear that Darwin's theory about the survival of species applies equally to the survival of a no longer fit theatre.  Meanwhile in Credible Witness, Alexander Karagy runs a drama therapy workshop for refugee children which yields tentative results but is also mocked as 'dramarama'.  If Wertenbaker's introduction to the second volume of her collected plays is anything to go by, she remains at best ambivalent about the future of theatre in 'the present climate'.

Wertenbaker's theatrical vision is in many ways at odds with the prevailing trends in post-WWII British drama.  Perhaps because she is an American who was raised in the French Basque country and has lived extensively in Greece, she is not constrained by the longstanding social realist traditions of her adoptive country.  The favoured subject matter of social realism is contemporary life and the secular world.  In contrast, Wertenbaker makes wide use of mythology, and of the ten plays in her collected works only three are set exclusively in the present.  The use of historical and mythical topics allows her to approach modern subjects obliquely and also lets her work in a poetic idiom rarely found in a drama dominated by realism.  And even in a play like The Break of Day, which is set in the present and addresses an immediate social concern - the purchase of orphans from poorer Eastern European countries by richer Britons - the theme, fertility, is straight out of mythology.

The earliest of the historical plays, New Anatomies, explores the life of Isabelle Eberhardt (1877-1904), a Swiss-Russian adventurer who successfully passed as a man in colonial Algeria at the turn of the century.  The play celebrates the ability of the unconventional Isabelle to move across genders and cultures and its title hints at Wertenbaker's nascent utopianism.  This interest in unruly women extends to The Grace of Mary Traverse (1985), an extraordinary fictionalisation of the period of English history around the Gordon Riots in the 1780s.  Wertenbaker creates a rogues' gallery of brittle and amoral characters to accompany her main character, Mary Traverse, a sort of composite of Moll Flanders and Fanny Hill.  The play romps through the kidnapping and degradation of Mary, gleefully pastiching eighteenth-century wit and licentiousness.  The difference with Wertenbaker's picaresque heroine is that she becomes politicised and participates in the upheavals of the Riots.

Her feminist interest in non-conforming women also finds expression in her plays based in myth or fairytale: The Love of the Nightingale (1989), Dianeira and The Ash Girl. The first of these takes up the story of Sophocles' lost tragedy Tereus from the point of view of Philomele, who is raped by Tereus, husband of her sister Procne.  In the stylized language and structure typical of her historical-mythological plays, Wertenbaker reveals the contradictory desires and forms of resistance of the two sisters.  Dianeira, a radio play about the wife of Heracles, is particularly notable for its complex layers of story-telling, with Wertenbaker herself and the modern Greek woman Irene assuming the narration at different points.  The Ash Girl, a new version of Cinderella, retains the happy ending of the original but also shows some sympathy for Cinderella's stepmother and half-sisters, who are the victims of an idealised femininity.

Finally, it is difficult to read or see Timberlake Wertenbaker's plays without registering how cosmopolitan her characters are.  Even though her protagonists are often English, her plays are also peopled by Algerians, Romanians, Greeks, Turks, Macedonians, Somalians, Bosnians, Indians, Americans, Sri Lankans.  This is no superficial attempt to bring diversity to the stage, nor is it simply a reflection of Wertenbaker's own complicated background and travels.  It is part and parcel of her abiding concern with the displacement of peoples and the shifting faultlines of cultural identity.  Isabelle Eberhardt's move from Switzerland to North Africa in New Anatomies, the convicts' transportation to Australia in Our Country's Good, the removal of Philomele and Procne from Athens to Thrace in The Love of the Nightingale, the travels of Darwin and FitzRoy in After Darwin, the flight from persecution of the refugees in Credible Witness: all these bespeak a planet on the move and a complex web of overlapping identities.  In the face of such fluidity, England occupies a contradictory and ambivalent space, at once criticized and celebrated for its one-dimensionality, its solidity.  Testimony both for and against is given by Alexander Karagy, the Macedonian-Greek teacher in Credible Witness:

'I spent months writing our history for my case.  From memory: dates, massacres, the shifting of borders, the Macedonian Uprising, First Balkan War, Second Balkan War.  I read it to the immigration officer. I had come to 1913: the Treaty of Bucharest giving Southern Macedonia to Greece - when he stopped me.  He had seven hundred and fifty cases after me.  They've only had one civil war in England and an endless parade of kings and queens, they speak one language, they don't even use the word history, they call it heritage.'