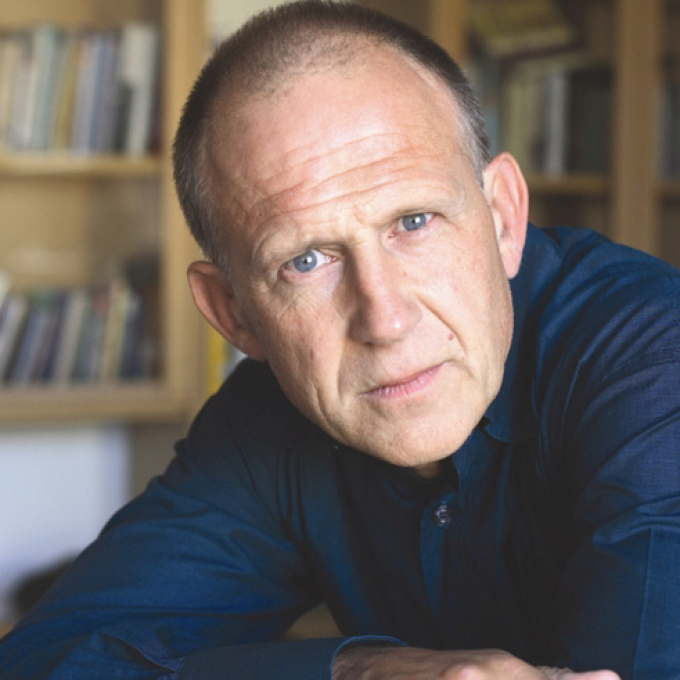 Tim Parks was born in Manchester, England in 1954, spent his adolescence in London and studied at Cambridge and Harvard Universities.

In 1981 he and his Italian wife moved to Verona in northern Italy where he still lives today. He teaches literary translation at IULM University Milan and has written about provincial life in the Veneto in Italian Neighbours (1992) and An Italian Education (1996). He has translated works by several Italian writers, including Alberto Moravia, Italo Calvino, Antonio Tabucchi and Roberto Calasso. He has twice won the John Florio Prize for Italian Translation.His many novels include Tongues of Flame (1985), which won a Somerset Maugham Award and the Betty Trask Prize; Loving Roger (1986), winner of the Mail on Sunday/John Llewellyn Rhys Prize; Cara Massimina (1990), adapted for the screen by Dennis Potter; Europa (1997), a black comedy centred on the European Parliament that was shortlisted for the Booker Prize for Fiction; and, most recently, Destiny (1999), the story of an English journalist in Italy, who, on a visit to England, hears tragic news that sparks off three days of intense and painful melodrama.Tim Parks' many essays and occasional stories, mostly published in the New Yorker and the New York Review of Books are collected in Adultery and Other Diversions (1998) and Hell and Back: Essays (2001). A third collection of essays, The Fighter, was published in 2007. A Season with Verona (2002), is at once a vivid account of a season spent following the Italian football club Hellas Verona and an extended essay on the joys and perils of collective illusion. Judge Savage (2003), is the story of Crown Court Judge, Daniel Savage, who, even as he presides over the fate of others, is witnessing his own life unravel.

In 2005, Tim Parks published Rapids: A Novel (2005); Medici Money (2005), a new history of the Medici family; and a new collection of short fiction, Talking About It (2005). His latest novel is The Server (2012), the story of Beth Marriott, a volunteer at a Buddhist retreat. Teach Us to Sit Still: A Sceptic's Search for Health and Healing was published in 2010.

In Dreams of Rivers and Seas (2008), Tim Parks’ fifteenth and latest novel, the son of a famed anthropologist returns bewildered from his funeral in Delhi, then receives a final letter from him.

This recounts the ‘dreams of water’ that have ‘plagued, perhaps blessed’ him, but the son soon loses patience: ‘Why on earth, on his deathbed, had his father chosen to write this stuff? And in that weird lecturing tone he had …. If anyone else had written this, John would have chucked it in the bin without a second thought’. The son’s incomprehension, it soon becomes clear, is symptomatic of an unresolved discontent with his father – and his mother – which threatens to overwhelm him emotionally. These scenarios of conflict within family relationships, and attendant psychological stresses for all concerned, are recurrent throughout Parks’ fictions. He brilliantly captures the dynamic contradictions of life and consciousness; sometimes comically, sometimes with pathos. His characters are haunted by the past and the present, often attempting to bridge different cultures. Their lives are perennially dysfunctional and threatened by chaos.

Tim Parks has lived and worked in Italy since 1981, initially as a translator, then as a prolific writer of fiction and literary criticism. His non-fiction works include collections of articles and reviews written for the London Review of Books and the New York Review of Books. Others reflect upon his observations of Italian culture – whether of neighbours, the fervency of Verona’s football supporters or even Medici banking history. The work that most clearly relates to his fictional output is Translating Style: The English Modernists and their Italian Translations (1997). Several chapters discuss the challenges of translating some of his favourite writers: Henry Green’s intermingling of past and present, Beckett’s bleak humour in extremis, have no doubt been influences. Also surely apposite to his own fiction is the description of D.H. Lawrence’s Women in Love as ‘a book which seeks to disorientate, even to instil a sense of vertigo, or rather, to have us share the disorientation of characters’.

Parks wrote several novels before really hitting his stride with Europa (1997), short-listed for the Booker Prize for Fiction. Narrated by lecturer Jerry Marlow on a coach journey to the European Parliament in Strasbourg, he contemplates his failed marriage, ex-mistress, and fraught relations with his daughter. It is at once funny and poignant, in which memories come into painful collision with his present life. This is also the case in Destiny (1999), told by an Englishman struggling to cope with the aftermath of his son’s suicide as well as the collapse of his 30-year marriage to an Italian lady.

Parks’ ability to summon up a male narrator compelling in his contradictions, behaving badly yet somehow retaining readers’ sympathies, is shown at its satirical best in Judge Savage (2003). This feverishly intense story is of Daniel Savage, a black lawyer promoted to the Crown Court judiciary, just as his personal life is falling apart – and threatens to be exposed to public scrutiny. Its theme is implicit from the outset: ‘There is no life without a double life, and yet one grows weary’. The judge’s ‘double life’ involves continual adultery – with friends’ wives as well as risking his career by picking up prostitutes. When he is mugged while searching for his Korean former mistress, problems proliferate and start to affect his performance during court proceedings. Meanwhile, relationships with his wife and anorexic daughter grow ever more strained. In this bravura morality tale, Savage’s self-deceptions and justifications are vividly rendered; the judge muses ‘If there’s nothing odd, it’s not a family … it’s not a life’.

Rapids (2005) is something of an exception in not having one dominant character or consciousness. Instead, there is an ensemble cast of mainly English, on a canoeing trip in the South Tyrol region of Italy. However, the focus is Michaela, a lithely beautiful Italian whose split-up with the trip’s anarchist leader precipitates her emotional crisis and danger during white-water canoeing. Also in the party is Vince, a 50-year-old banker grieving for his dead wife and poor relationship with his daughter. Vince and Michaela, from antagonistic political viewpoints, are nevertheless by necessity drawn together: ‘Two griefs are calling to each other’. This is probably as near to sentiment as Parks gets.

Cleaver (2006) could be regarded as Parks’ best, and certainly most painfully comic, novel. Once again, the interventions of the past occur in the present, troubled dreams and the flux of painful memories are layered together. Its narrator and anti-hero is Harold Cleaver, celebrity television interviewer, ‘overweight and overwrought’, an ageing Falstaff-like figure who has come to a remote Alpine village seeking – what? The nature of this quest seems to shift in his own mind as the novel proceeds, from solitude to community, estrangement to reconciliation. Cleaver has fled his London career ‘shortly after his memorable interview with the President of the United States and following the publication of his elder son’s novelized autobiography’. He finds himself pursued, firstly by text messages from his concerned wife, and then by his own thoughts, mulling over guilt and resentments, especially with his family. His consciousness may be ‘spinning in emptiness’ but he then has to contend with the dangers of winter in the Alps, finding humanity in a strangely touching link with the family who rent the house to him.

Dreams of Rivers and Seas departs from Parks’ usual European settings for the heat and exoticism of India, yet retains many of his trademark techniques. However, its chief protagonist, anthropologist Albert James, is already dead as the novel opens. Instead, most of the characters are either in search of him (his son, and his would-be biographer), seeking to protect his reputation (his wife) or try to explain their past relationships with him. Yet James, and his enigmatic theories, seem to prove ultimately elusive, ‘a sort of maze’. Family relations again are fraught. When John finds his mother at the medical clinic she runs, for instance, ‘He seemed a stranger and she herself felt strange when he was here’. No less strange are the sexual relationships, including those with his students that the late Albert may have had. Helen James herself is alternately attracted and repulsed by the American would-be biographer. There’s still another layer to the narrative, the confusions arising when Anglo-Americans encounter the Indians surrounding them. John, the son deeply traumatized if possibly redeemed, has to conclude that ‘all of Delhi is an endless hallucination’. This superbly crafted tragic-comic novel of mutual miscomprehension and cultural collision shows Tim Parks at the height of his powers.