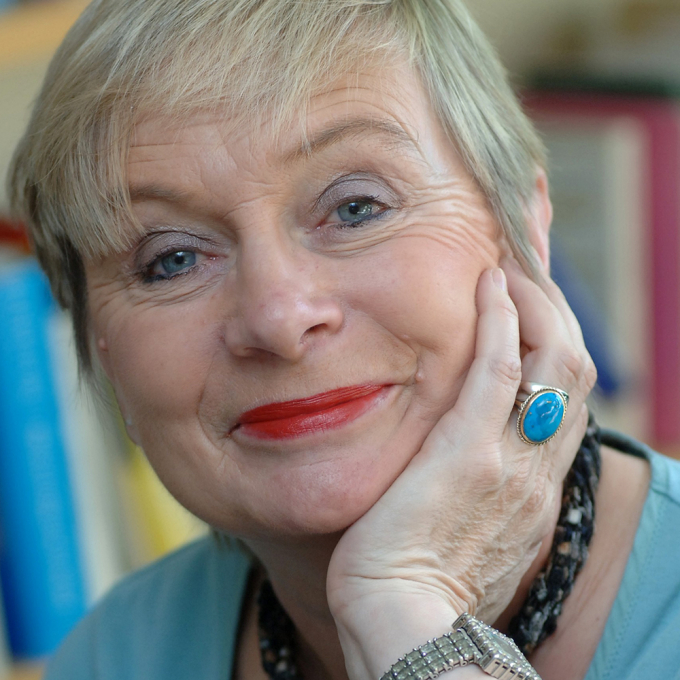 Susan Bassnett is Professor of Comparative Literature in the Centre for Translation and Comparative Cultural Studies at the University of Warwick, which she founded in the 1980s. She also served as Pro-Vice-Chancellor at the University twice and is currently Special Adviser in Translation Studies. She was elected President of the British Contemporary Literature Association in 2016, taking over from Marina Warner.

She was educated in several European countries, which gave her experience of diverse languages and cultures, and began her academic career in Italy, lecturing in universities around the world.

Author of over 20 books, her Translation Studies, which first appeared in 1980, has remained in print ever since and has become an important international textbook in this field. Her Comparative Literature (1993) has also become internationally renowned and has been translated into several languages. The Translator as Writer (2006) was co-edited with Peter Bush. Her book on Ted Hughes in the Writers and Their Work series, was published in 2008. Translation in Global News (2008) was written with Esperanca Bielsa.

While many regard a high profile managerial position in contemporary UK higher education as the end of a research career (Bassnett has been Pro-Vice-Chancellor at the University of Warwick twice and is currently Special Adviser in Translation Studies), Professor Susan Bassnett continues to be a prolific researcher with more than 20 books to her name.

One of Bassnett’s early and most influential books is Translation Studies. First published in 1980, and reprinted six times since, this book set out to describe a new field, and has provided translation studies with much of its impetus and pedagogical direction over the past three decades. Moving historically from ancient Roman culture to the twentieth century, Translation Studies provides a carefully contextualised introduction to the key debates of translation theory. Exploring translation as a semiotic and cultural act, rather than a strictly linguistic process, she alerts her readers to the problems of ‘equivalence’ which are inevitably raised when the translator decodes and recodes a language. For example, she notes that a simple word like ‘butter’ in English, or ‘burro’ in Italian, might describe the same foodstuff, but mean quite different things within their broader social and cultural contexts:

In Italy, burro, normally light coloured and unsalted, is used primarily for cooking, and carries no associations of high status, whilst in Britain butter, most often yellow and salted, is used for spreading on bread and less frequently in cooking. Because of the high status of butter, the phrase bread and butter is the accepted usage even where the product is actually margarine. So there is a distinction both between the objects signified by butter and burro, and between the function and value of those objects in their cultural context.

Developing this apparently mundane example into an ambitious theory of cultural translation, Bassnett has gone on during the course of her career to demonstrate the important implications of translation studies for comparative literature, postcolonial studies, and most recently issues of globalisation. For example, in a co-written book, Translation in Global News (2008), Bassnett examines how Arabic texts have been disseminated in the Western media in recent years in order to demonstrate the constitutive role of translation in the production of contemporary ideas of cultural and religious difference.

In addition to her groundbreaking work on translation, Bassnett has contributed to ongoing debates on British cultures, feminism, theatre studies and poetry. In terms of British culture, she has taken up the work of an earlier generation of postwar intellectuals, notably Richard Hoggart, Raymond Williams and E.P. Thompson. Where British cultural studies had worked to locate its project outside disciplinary and institutional boundaries, Studying British Cultures (1997) considers what this project might mean since its institutionalisation during the 1980s and 1990s, as an area of academic study. This edited collection also opens up the narrow focus on Englishness that characterised some of the work by the earlier generation, to consider Wales, Scotland and Ireland, as well as multicultural Britain:

Today, Cultural Studies is recognised as a field that invites a pluralistic approach. Questions of race and gender have been added to the initial concerns of class, generation and ethnicity. Moreover, the field has developed from its specifically British-focused origins to reach other parts of the world. In a more recent collection co-edited by Bassnett, Britain at the Turn of the Twenty-First Century (2001), this approach is extended to consider British transformations in terms of devolving, increasingly European and multi-ethnic contexts.

Bassnett’s work in translation studies and British studies has made her a household name on many an undergraduate course, and this has tended to overshadow her important interventions in theatre studies over many years. Her interests here are serendipity ranging from Shakespeare to Pirandello to actress studies. Luigi Pirandello in the Theatre: A Documentary Record (1993) is a particular highlight within this body of work. Bringing together for the first time in English a fascinating array of documents concerning Pirandello, the collection prompts a reassessment of the man regarded primarily as a playwright outside Italy. In fact, as Bassnett and Lorch make clear in their introduction, Pirandello came to theatre late in life, and "after years of prose writing that had earned him a literary reputation of considerable merit".

Perhaps even more wide-ranging than her work on theatre is Bassnett’s contribution to feminist literary and cultural studies. This includes popular revisionist histories (Elizabeth I: A Feminist Perspective, 1988), comparative studies (Feminist Experiences: The Women's Movement in Four Cultures, 1986) the translation of significant female writers into English (Gabriele D'Annunzio, Margo Glantz, a selection of Polish women poets), not to mention studies of Sylvia Plath, and a collection of Latin American women’s writing. Knives and Angels: Women Writers in Latin America (1990) is typical of this work in terms of its foregrounding and recovery of neglected subjects. As she puts it in the introduction:

"In the 1960s and early 1970s, when Latin American literature started to become fashionable and writers like Gabriel Garcia Marquez… became international household names, readers in Europe and the United States might have been forgiven for assuming that all the creative talent in Latin America was male. The list of Great Men, defined by one critic as the 'family' of Latin American writers, contained no women’s names at all… Now, in the last decade of the twentieth century, that picture has been radically altered."

Offering sustained critical studies of writers such as Victoria Ocampo, Maria Luisa Bombal and Alejandra Pizarnik, this collection of essays was one of the first to chart that radical shift in comprehensive detail.

An interesting footnote to all of this is that Bassnett’s most recent book is an introduction to the work of Ted Hughes (2008), whose controversial relationship with Sylvia Plath has made him the subject of numerous feminist attacks over the years. Of course since the 1990s, and following the publication of Birthday Letters (1998), a more nuanced picture of Hughes and his marriage to Plath has emerged. Bassnett’s book represents one of the most recent contributions to this emerging picture.

"All my life I have had more than one language in my head. I translate to build bridges between languages and cultures, and I write to understand the processes of bridge construction, today and in previous ages."