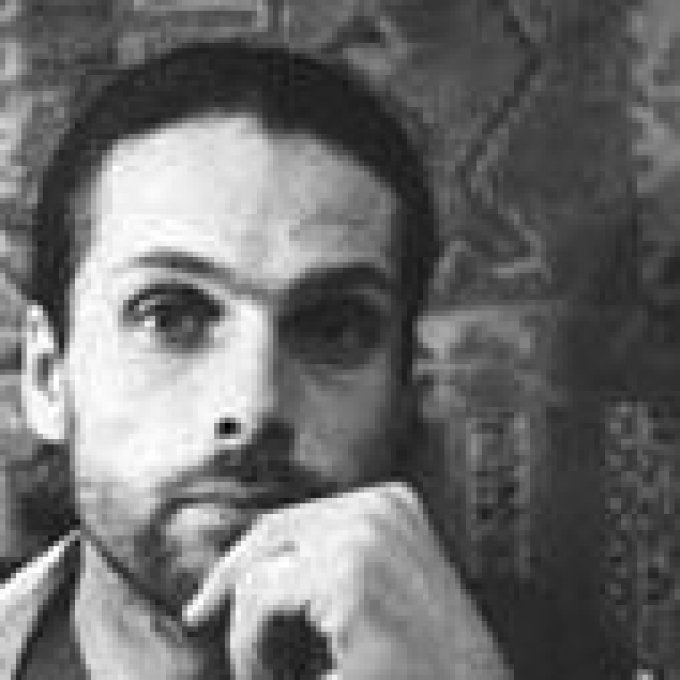 Phil Lovesey was born in 1963, the son of award-winning crime writer Peter Lovesey.

He studied art and took a degree in film and television studies, later working as a freelance advertising copywriter. He published several short stories, and began writing full-time in 1994.

Phil Lovesey is the author of four crime novels: Death Duties (1998); Ploughing Potter's Field (1999); When the Ashes Burn (2000); and most recently, The Screaming Tree (2002).  In a departure from crime writing he published The Riddle of Trefflepugga Path with illustrations by his wife Jacqui Lovesey in 2014. This is followed by The Puzzle of the Tillian Wand (2015) and The Trial of the Majickal Elders completing the trilogy in 2016.

He lives in Chelmsford, Essex.

His characters suffer from a variety of psychological disorders and neuroses, the crushing of childhood innocence by horrifying experience and the subsequent distortion of adult behaviour. In each of his four novels to date, there is a connection between ‘death and liberation;’ those who murder and maim in his stories seem to do so to in order to free themselves or, as they see it in their delusory state, their victims. Before turning to writing, Lovesey worked as an advertising copywriter. He brings something of the directness and economy demanded by that profession to his work as a novelist. His books are extremely readable, gripping, well structured and pacy.

Death Duties (1998), Lovesey’s debut novel, begins in 1969 with a young girl talking to the police. Her father has just been killed and it seems that the little girl is the one responsible. Almost two decades later, the murder of two people,- an old women found dead in her flat and a foreign student discovered in a bloody bedroom in her hall of residence - forces two ex-police officers and a Detective Chief Inspector to accept the connections between past and present. It is only by facing up to certain buried truths that the person labelled 'The Christmas Killer' by the local press, will be caught. As a debut crime novel, Death Duties is impressive. It is controlled, has narrative drive and the characters are sufficiently engaging. It does, on occasion, veer perilously close to cliché, but Lovesey is a good enough writer to spring several surprises as the novel reaches its confrontational conclusion.

Lovesey’s second novel, Ploughing Potter's Field (1999), is a much stronger novel. Reminiscent of Thomas Harris’ Hannibal Lecter books, it is the story of Ph.D student Adrian Rawlings’ attempt to unravel the mystery of Frank Rattigan, 'The Beast of East 16', serving a life sentence in a hospital for the criminally insane for the torture, murder, and dismemberment of flight attendant Helen Lewis. Rawlings is interviewing Rattigan for his thesis, the basis of which is that the tabloid press misrepresents people like Rattigan, and that their knee-jerk insistence upon labelling such individuals as evil, hinders rather than helps any investigative progress into the reasons behind what they have done. Rawlings becomes obsessed with Rattigan. He is also increasingly frustrated by the fact that people seem to be hiding things from him. And, as his interest in Rattigan oversteps all professional boundaries, he begins to realise that he too has to look closely at himself, for he too is not being truthful. What are the voices Rawlings keeps hearing? Just what happened when he was a boy, the memory of which is only now returning to him as an adult?  It is the lengths to which Rawlings will go to discover the truth about Rattigan that force him into a moment that threatens to disrupt his life. Ploughing Potter’s Field is most effective in the conversations between Rattigan and Rawlings. The battle of minds is fascinating; the interplay between two people who have different kinds of power, Rawlings' need to rationalize is counterpoised with Rattigan’s love of obfuscation. But the novel falls down a little in its final third, as the revelation of Rawlings' childhood experience of trauma seems added on: an explanatory footnote. How much more powerful this novel would have been had we not had so much of it explained away.

When the Ashes Burn (2000), is as readable and entertaining as any of Lovesey’s novels. It pits the odd George Picket, famous at the local constabulary as nothing but a complainer, against a police force bored by his regular outbursts. Picket is Chairman of the Chelmsford Allotment Society and is deeply concerned with the police, who are refusing to do anything about a gang of youths terrorising the allotments. When Picket’s shed goes up in flames he takes his story to Jack Latimer, a freelance journalist. At first, Latimer thinks there is very little in the story. However, as he investigates, he realises that not only does Picket have an unusual past, but that he may also be far from the ageing curmudgeon he seems. Latimer is one of Lovesey’s best characters. Cynical, emotionally uptight, unsure of whether he still feels so convinced by his choice of career and worried about his son with whom he is incapable of having a conversation, Latimer is the focal point of the novel. Again When the Ashes Burn examines varieties of abuse, the inescapability of the past, and the way that a psychology can be bent out of all recognition by cruelty and a failure of love.

Lovesey’s fourth novel is undoubtedly his most accomplished. The Screaming Tree (2002) is, like Ploughing Potter’s Field, narrated in the first person. William Dickson was a seven-year-old boy when he witnessed a horrible crime in the woods near his home. Now a nineteen-year-old student at Manchester Polytechnic he is disturbed by the knowledge that he is responsible for the death of four people, two of which events were premeditated.  But just what does William know? What is fantasy? Is his memory throwing up false images and protecting him from that moment in the woods twelve years ago? Complex, absorbing and full of unexpected twists, Lovesey has created a thriller which also reads as a portrait of a tormented mind. It does begin to lose its way a little in the final third, when it becomes clear just what is happening and what might have gone on in the woods. But, Lovesey does leave one trick up his sleeve to ensure that the final few pages of the novel spring a surprise.

Lovesey’s work is plot driven. He writes the definition of page-turning fiction, and all of the pleasure to be gained though reading him comes from the mechanics of the storytelling. He is a very skilled plotter, knowing just how to structure his stories so that you read on; desperate for the clue which will help you understand it all. His one great weakness, however, is his style. There are innumerable reputations, characters are forever seeing things in their mind’s eye, for instance, and it does become wearisome that everyone has to react to bad news by vomiting. But, for anyone coming to this writer with the desire to read an engrossing tale, crafted by someone with a natural feeling for the way a story should be told, they will find much to like here.