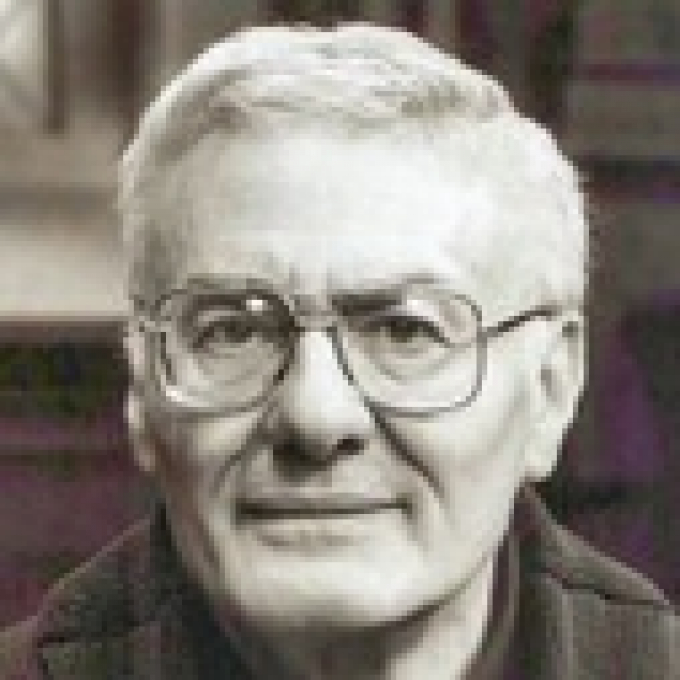 Playwright Peter Levin Shaffer was born in 1926 in Liverpool, one of twin boys.

His brother, Anthony, also went on to become a playwright. The family moved to London in 1936, and Peter spent three years as a 'Bevin Boy' working in a coal mine, before going to Cambridge University to study History. While at Cambridge he edited the student magazine Granta with his brother.

After graduation he lived in New York undertaking a variety of jobs, and writing The Woman in the Wardrobe (1951), a detective story under the pen-name Peter Antony, and followed by two more in the series, jointly written with his brother. His first play, The Salt Land, was broadcast on BBC television in 1954, but it was his first stage play, Five Finger Exercise (1958), directed by John Gielgud and winning an Evening Standard Award for Best Play of the Year, that established his reputation as a playwright.  It was followed by plays such as Royal Hunt of the Sun (1964), about the conquest of Peru by the Spanish, and Black Comedy (1967), where characters feel their way around a pitch black room.

In the 1970s Peter Shaffer wrote three major plays: Equus (1973); Shrivings (1974); and Amadeus (1980). Equus tells the disturbing story of a 17-year old stable boy, and Amadeus is the story of Mozart and court composer, Salieri. The Royal Hunt of the Sun was adapted for film in 1969, as was Equus in 1977. Shaffer wrote the screenplay for Amadeus when it was adapted for film in 1984. The film went on to win eight Academy (Oscar) awards, including one for Shaffer for Best Screenplay.

His next 3 plays were Yonadab, a biblical epic set in Jerusalem in 1000 BC, which premiered at the National Theatre in 1985; Lettice and Lovage (1987), which he wrote for actress Maggie Smith; and Whom Do I Have the Honour of Addressing? (1990), a radio play broadcast by the BBC. His most recent work is Gift of the Gorgon (1993).

Peter Shaffer was kighted in 2001.