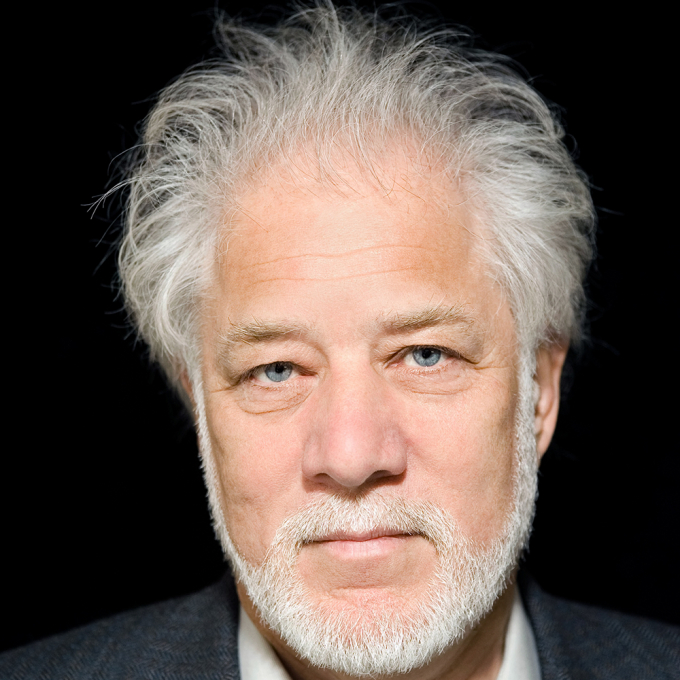 Michael Ondaatje was born in Sri Lanka on 12 September 1943. He moved to England in 1954, and in 1962 moved to Canada where he has lived ever since. He was educated at the University of Toronto and Queen's University in Kingston, Ontario, and began teaching at York University in Toronto in 1971. He published a volume of memoir, Running in the Family, in 1983. His collections of poetry include The Collected Works of Billy the Kid: Left Handed Poems (1981), which won the Canadian Governor General's Award in 1971; The Cinnamon Peeler: Selected Poems (1989); and Handwriting: Poems (1998).

His first novel, Coming Through Slaughter (1976), is a fictional portrait of jazz musician Buddy Bolden. The English Patient (1992), set in Italy at the end of the Second World War, was joint winner of the Booker Prize for Fiction and was made into an Academy Award-winning film in 1996. Anil's Ghost (2000), set in Sri Lanka, tells the story of a young female anthropologist investigating war crimes for an international human rights group .

Michael Ondaatje lives in Toronto with his wife, Linda Spalding, with whom he edits the literary journal Brick. His recent novels include Divisadero (2007), The Cat's Table (2011) and Warlight (2018).

Ondaatje is, along with Margaret Atwood, one of Canada's most important contemporary writers and one of the country's biggest cultural exports.

Partly due to the phenomenal success of his Booker Prize-winning The English Patient (1992) and, more recently, Anil's Ghost (2000), Ondaatje is best known today as a novelist. However, he first achieved critical acclaim as a poet with early collections like The Dainty Monsters (1967), Rat Jelly (1980) and his long poem The Man with Seven Toes (1969). More recently he has returned to poetry with the publication of his long poem, The Story (2005). Set alongside water-colour illustrations by artist David Bolducan, this beautiful book aims to raise funds for the World Literacy Project in Canada. Through meditations on childhood, love and mythology, these poems reveal a preoccupation with language and rhythm that is pursued later in his typically economical, lyrical prose fiction. During this period, Ondaatje also produced a book of criticism - Leonard Cohen (1970) - and the films Sons of Captain Poetry (1970), about concrete poet bpNichol, Carry on Crime and Punishment (1972), and The Clinton Special (1974). Ondaatje has also compiled a book of interviews with filmmaker Walter Murch (responsible for The English Patient among other things) entitled The Conversations (2002).

Ultimately, Ondaatje is perhaps best understood not as poet or novelist, but as an artist who has drawn into question the very limits of such genres. In his playfully titled The Collected Works of Billy the Kid (1981) we are treated to some of the formal exuberance and experimentation for which Ondaatje is critically respected. As its author has stated, the book is not 'interested in the real Billy the Kid'. Often referred to as a 'collage', the 'collected works' brings together, within a single, episodic narrative, songs, photographs, poetry, prose, interviews, a play, as well as the white space of blank pages. Where the title of this text implies a 'complete' narrative of its hero, the events of the text are ambiguous and fragmented. Its protagonists, Billy and Pat Garrett, are the product of plural perspectives, a combination of history and legend that ultimately favours uncertainty in place of the whole story.

In his first novel, Coming Through Slaughter (1976), Ondaatje continues his focus on folk heroes, creating a fictionalised biography of Charles 'Buddy' Bolden (1876-1931), a legendary jazz musician. Here Ondaatje develops the formal experimentation of The Collected Works to produce a prose poem that is also 'a parable of the twentieth century artist'. Like Billy, Buddy exists outside 'official' history and the narrative hints that this is a 'life' only available to us through music, stories and rumours. As if to highlight the blurred boundaries between real and fictional lives, Ondaatje himself makes an appearance as a character within the text. Life and art, biography and fiction are not polar opposites in this text, but mutually constitutive categories.

In Running in the Family (1983), Ondaatje turns away from America and Canada in order to interrogate his own life and family history through a return to Sri Lanka. Written shortly after a visiting the country of his birth, the text, once more, blends different genres in a fragmentary collage of photographs, poems and stories. If the boundary between autobiography and fiction is frayed in Coming Through Slaughter, then in Running in the Family it appears to have been erased completely. More recent works such as Handwriting (1998) and Anil's Ghost see Ondaatje dwelling increasingly on the history and landscape of his native country. While early pieces like The Collected Works and Coming Through Slaughter led to accusations that Ondaatje was an 'Americanised' artist, his writing since the late 1980s reveals a growing preoccupation with the artist's 'roots' and the politics of race and migration (Ondaatje was born in Sri Lanka before settling in Canada).

In the Skin of a Lion (1987) fictionalises the lives of those migrants and minorities that participated in the construction of Toronto in the early 1900s, but who have since been written out of the country's official history. In this beautiful, poignant novel, Ondaatje dwells on the work, labour, and energy invested in Canada by those settlers who are imagined as outsiders. In the Skin of a Lion is a profound exploration of the migrant condition. It is a novel about the wearing and the removal of masks; the shedding of skin, the transformations and translations of identity.

His next novel, The English Patient (1992), takes up these themes and issues in a more subtle, indirect manner. Ondaatje has said that the novel articulates 'All people born in one place who live in another place [and who] have lost their source'. In the place of origins and sources, we are offered fragments: fragments of narratives, fragments of buildings, fragments of lives. While Ondaatje's early work was without doubt critically successful, it was The English Patient, a work that has also been translated into a successful film, that brought the author true international fame. Set in a villa in northern Florence, The English Patient observes the tumultuous events at the end of Second World War from the 'margins'. The haunting, harrowing yet compelling narrative spirals around one woman (Hana) and three men: Caravaggio (also the name of a key character in In the Skin of the Lion), Kip and the English patient of the title. The mysterious, nameless protagonist is confined to an upstairs bedroom after receiving horrific burns in a plane crash. Physically immobile, it is through his restless, drifting memory that the story of the victim's past emerges through a series of teasing fragments that takes us on an intimate journey between continental Europe and the African continent.

Anil's Ghost (2000), Ondaatje's much anticipated follow-up to The English Patient, returns us once more to the author's Sri Lankan homeland. Here the backdrop shifts from European World War to South Asian civil war and the horrors and traumas of post-colonial violence. The novel tells the story of Anil Tissera, a forensic anthropologist who has trained in the United States and in England. Anil returns to Sri Lanka to investigate a series of politically motivated murders on the island. Paired up with anthropologist, Sarath Diyasena, it is the discovery of human remains in the Bandarawela caves that drives their quest for the truth and which haunts both the novel and its war-torn landscape. The novel confirms his status as one of the world's leading storytellers.

Ondaatje’s next novel, Divisadero (2007), takes its name from a street in San Francisco, and is concerned with the intersections between what otherwise seem divided narratives. In the words of Ondaatje, 'it’s a story where each half reflects the other'. One half focuses on a farm in California, the other on Southern France before the outbreak of World War I. But there is also internal division. The first narrative describes the disintegration of an already fragile family comprising a father, his biological daughter (Anna), an adopted girl (Claire) and an orphaned boy (Coop). It is this story of division that reverberates throughout the novel as Anna slowly discovers when she traces the life of writer Lucien Segura in Europe. Ondaatje’s first novel in seven years, it received a mixed critical reception, with many praising Ondaatje’s writing style, but with some complaining about the contrived connections between the two parts.