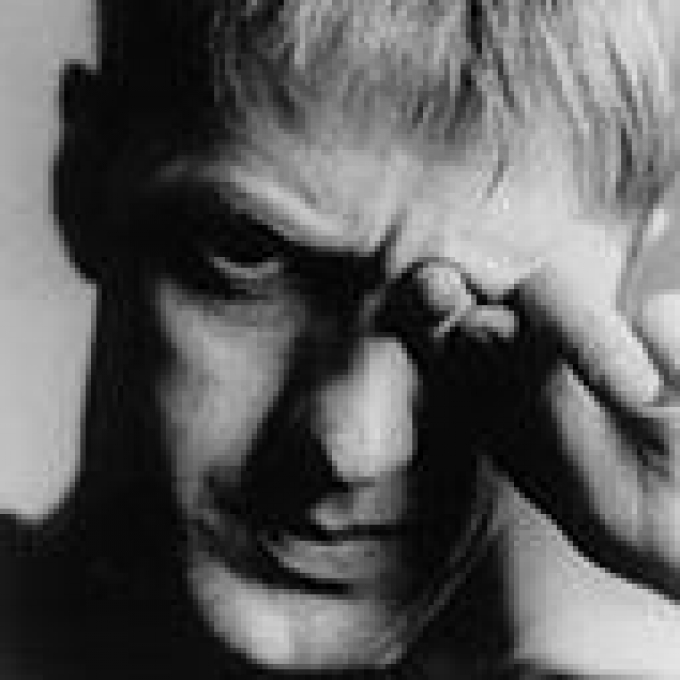 Glenn Patterson was born in Belfast in 1961 and studied on the Creative Writing MA at the University of East Anglia taught by Malcolm Bradbury.

He returned to Northern Ireland in 1988 and was Writer in the Community for Lisburn and Craigavon under a scheme administered by the Arts Council of Northern Ireland. He is the author of several novels. The first, Burning Your Own (1988), set in Northern Ireland in 1969, won a Betty Trask Award and the Rooney Prize for Irish Literature. Fat Lad (1992), was shortlisted for the Guinness Peat Aviation Book Award and explores the effects of the political situation in Northern Ireland through the story of a young man returning to his homeland after an absence of ten years. Black Night at Big Thunder Mountain (1995) narrates the experiences of three people brought together on the Euro Disney construction site. The International (1999), is set in a Belfast hotel in 1967, and tells the story of a day in the life of Danny, an 18-year-old barman; Number 5 (2003), traces the lives of the various occupants of a Belfast house over a 45-year period. That Which Was (2004), is also set in Belfast and explores the interaction between memory, history and society.

Lapsed Protestant, a collection of his non-fiction, was published in 2006.

Glenn Patterson has been Writer in Residence at the Universities of East Anglia, Cork and Queen's University, Belfast, where he currently teaches on the MA in Creative Writing. He was one of two writers (with poet Bernardine Evaristo) selected by the British Council and the Arts Council to attend the 'Literaturexpress Europa 2000' international literature tour, and has twice chaired the Council's annual Walberberg Seminar. In 2006, he was elected on to Aosdána, the affiliation of Irish Artists.

Glenn Patterson is the author of eight novels, the most recent of which is The Mill for Grinding Old People Young (2012). Lapsed Protestant (2006) is a collection of his journalism, and his memoirOnce Upon a Hill: Love in Troubled Times appeared in 2008.

He has written plays for Radio 3 and Radio 4. He also co-wrote the screenplay of Good Vibrations (BBC Films), released in 2012, about the music scene in Belfast during the late 1970s.

‘Belfast is my city. That is where my imagination is most alive’, Glenn Patterson has remarked, ‘you feel almost shaped, yourself as a human being, by the buildings that are around you’. And ‘it’s just unavoidable that the political backdrop is featured in the novels’, adding that ‘novels aren’t answers; novels are just questions. They’re trying to find new ways to ask questions’. [Interview with Claire Burgess, Nashville Review 1 August 2010]

Such statements give us the essence of Patterson, who has used his native city as integral to almost all his fiction, whether illuminating ‘The Troubles’ in The International or depicting the burgeoning port city of 1830s Belfast in The Mill for Grinding Old People Young (2012). The questions that his novels pose are revelatory of the past but also of people’s motives, in all their complexity and contradiction. The conflicted politics of Northern Ireland is ever-present in his writing but refracted through various viewpoints and popular culture, capturing the times and emotions that his characters are living through.

His first novel Burning Your Own (1988) is a classic coming-of-age story, its protagonist Mel Martin a ten year old boy grappling with peer pressures and family expectations, living on a Protestant housing estate in the summer of 1969. The rows between his parents prefigure a community in conflict, just as the alienation of his Catholic friend Francie indicates the onset of sectarianism, while the building of the Twelfth of July bonfire symbolises the coming conflagration of ‘The Troubles’. In Fat Lad (1992), Drew Linden returns to Belfast after ten years away and his perspective provides an almost archaeological excavation of the city and its inhabitants. The contemporary city is shown to derive from its history: of riots, two world wars and especially its industrial heartland: ‘dry docks, graving docks, ships, cranes, kilns, silos; industry from their industry, solidity from morass, leaving an indelible imprint on the unpromising slobland, and their names driven like screwpiles into the city’s sense of itself. Dargan, Dunbar, Workman, Wolff, Harland’.

The International (1999) has been hailed by some critics, including Anne Enright, as ‘the best book about the Troubles ever written’. [‘On Reading The International’, 2008] Set with great precision on Saturday 28th January 1967 (the day before the founding of the Civil Rights Association at the same venue, ‘The International Hotel’), dramas and personalities unfold in the bar – as seen by barman narrator Danny. In doing so, the novel recreates in microcosm Belfast ‘as it was then, before it was brought shaking, quaking, and laying about it with batons and stones on to the world’s small screens’. Danny, who is 18, obtained his job following the murder of a barman the previous Summer, through the influence of his businessman cousin.  Danny is also gay, giving us another perspective on the drunken wedding parties but also on the hotel as an archetypal place ‘where people go hoping for sex’. We observe various characters in the bar throughout the long day - a corrupt politician, smooth-talking conman ‘Fitz’, a drunken footballer - and others whose hopes are raised then dashed. A poignant coda from three decades on discloses their subsequent fates in a city where guns have created ‘holes which no amount of words can fill’.

Number 5 (2003) has a more intimate, less panoramic feel, consisting of interlinked stories recounting the successive inhabitants of a house from the 1950s to the present day. Significantly, Belfast is never named and its political conflicts are mainly reflected obliquely, as in drunken arguments at a New Year’s party. Sectarian violence intrudes only with the mention of paramilitary ‘protection money’ and the murder of a well-liked neighbour (ironically, a Hungarian) during the 1980s. Again Patterson shows his mastery of dialogue and voice, as these men and women confide their loves and desires, family dramas and tragedies. The social detailing changes from post-war austerity through the 1970s to consumerism and rising house prices due to ‘The Peace Dividend, as we’d learned to call it’.

Post-ceasefire East Belfast is the era of That Which Was (2004), in which Presbyterian minister Ken Avery is approached by a man who confesses to a killing whose details he cannot remember. Avery himself is thereby propelled into a series of encounters from his own past and the city’s violent history. The Third Party (2007) has been praised by Roddy Doyle, and by Dermot Bolger as a ‘richly comic, sometimes dream-like and occasionally unsettling’ work. The setting is Hiroshima, Japan, but familiar preoccupations with Belfast emerge as its businessman protagonist encounters a Northern Irish writer and develops a prickly rapport.

Pubs (or Public Houses as Patterson likes to call them) and bars frequently feature in his fiction as social spaces, allowing characters to meet, interact and reveal themselves more fully under the influence of drink. The whimsical title of his latest novel, The Mill for Grinding Old People Young, refers to an Inn on the outskirts of Belfast in the 1830s. It is recreated in the memory of elderly Gilbert Rice, who recounts his youthful self’s life-changing infatuation with alluring Polish exile Maria. Working for the Ballast Board in the port, young Gilbert’s radicalism is awakened by the local grandee’s refusal to allow improvements to be made, just as his ardour has been aroused, and he realises ‘my feelings for Maria had become entangled with the Earl, my grief and anger’. He acquires an ancient pistol.

This is also a time of sectarian conflict; five policeman have been slain but he believes that the ‘real targets’ were ‘Protestants at large’. Again, the political background and the desperation of his situation makes Gilbert’s relationships fraught but also more profound. The poignant ending on the bustling Belfast quayside leaves Gilbert with his life of Good Works ahead of him. In this work, as in The International and others, Patterson’s deep historical sensitivity emerges through characters and social details, which transcend the parochial to become universal in the telling of their Belfast tales.