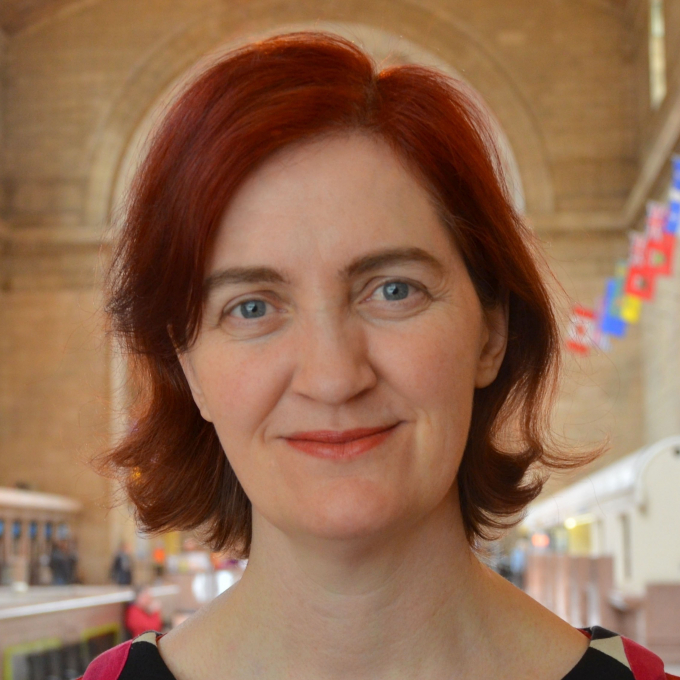 Emma Donoghue was born in Dublin in 1969 and studied English and French at University College, Dublin.

She moved to England in 1990 and went on to gain a PhD from Cambridge University. She became a writer at the age of 23, and now lives in Canada.

As well as writing stage and radio plays, she has written several novels and collections of short stories.

Her novels include the award-winning Hood (1995); Slammerkin (2000), a historical novel; Life Mask (2004), which tells the true story of three famous Londoners in the late eighteenth century; and The Sealed Letter (2008), joint winner of the 2009 Lambda Literary Award (Lesbian Fiction).

Her short story collections include Kissing the Witch (1997), a collection of re-imagined fairytales; The Woman who Gave Birth to Rabbits (2002); and Touchy Subjects (2006), stories about taboos.

Her non-fiction includes Passions Between Women: British Lesbian Culture 1668-1801 (1993), a survey of printed texts on lesbian themes published between the Restoration and the end of the eighteenth century. She is also the editor of What Sappho Would Have Said: Four Centuries of Love Poems Between Women (1997); and The Mammoth Book of Lesbian Short Stories (1999).

Her highly praised novel Room (2010) was shortlisted for the 2010 Man Booker Prize for Fiction, the 2011 Orange Prize for Fiction and winner of the 2010 Hughes and Hughes Irish Novel of the Year Award and the 2011 Commonwealth Writers Prize (Canada and Caribbean Region, Best Book). Her most recent novel is Frog Music (2014), her eighth novel and twelfth book of fiction, an instant bestseller in Canada, Ireland, and a New York Times Bestseller. It was a Finalist in the 2015 Bisexual Book Award for Fiction, and an Honor Book in Literature (Stonewall Book Awards 2015).