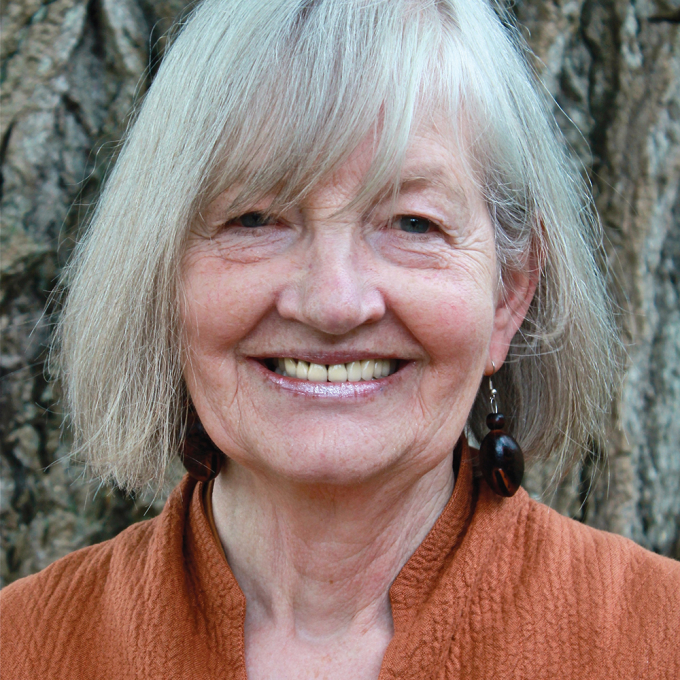 Barbara Trapido was born in 1941 in Capetown, South Africa.

She studied at the University of Natal, gaining a BA in 1963, then moved to London. She taught at a school in Hackney and a remand centre in Durham, before becoming a full-time writer in 1970.

Her first novel, Brother of the More Famous Jack, was published in 1982 and was followed by Noah's Ark (1984). Temples of Delight (1990) was shortlisted for the Sunday Express Book of the Year award and a sequel, Juggling, was published in 1994. The Travelling Hornplayer (1998) was her second book to be shortlisted for the Whitbread Novel Award; she was shortlisted again for Frankie & Stankie (2003), which tells the story of two sisters growing up in South Africa in the 1950s.

Barbara Trapido has been described as having '... the mind teasing skills of a crime writer combined with a sense of humour as dry as Martini' (The Sunday Telegraph). She lives with her family in Oxford.

In Juggling (1994), one of Barbara Trapido’s highly entertaining novels, Oxford student Christina has to write an essay on Shakespeare’s Comedies, and calls them ‘a better sort of tragedy’.

Such an idea also gives us a convenient way to consider her works. As Michael Dibdin has suggested, Trapido ‘juggles acrobatics and gravity, frivolity and tragedy, cruelty and farce’. She writes in the vein of tragi-comedy, cramming her books with curious incidents, quirkily funny dialogue, numerous unwise entangled relationships, keeping diverse plotlines spinning for our entertainment. She has a great knack of creating engaging characters, and we quickly get to learn about them, enjoying their passionate, sometimes salty exchanges, their confusions, misunderstandings and romantic pitfalls. Trapido favours somewhat operatic plots, full of coincidences, matched pairs of friends, lovers or siblings, with constant literary jokes and allusions. She takes a sardonic view of female friendships and especially earthy sexual passions: ‘I was a disappointment to Roger in the matter of Symbolic Logic’, remarks Katherine in Brother of the More Famous Jack (1982),  ‘we never altogether got it right in bed.’

Trapido came to Britain in the early 1960s to escape apartheid-era South Africa: she revisits her roots in Noah’s Ark (1984) and particularly Frankie and Stankie (2003), which is conducted against the threatening backdrop of political developments and historical events throughout the post-war period. She casts her eye on the foibles of the middle classes, especially academic families: schools and colleges loom large as settings for her books. But what makes them unusually satisfying is that characters often re-appear in other novels, sadder and wiser, at later stages in their lives. They become bit-part players in the stories of their children, who must make their own mistakes in the perennial workings out of love and loss. Her sense of comedy is therefore always informed by suffering; lives become twisted together over time, through the disappointments of life. Somehow she maintains a great sense of fun. If one wanted to suggest apt comparisons, think of her admirers Mary Wesley (for her comic angle on bohemia) and Anita Brookner (for her tragic angle on romance).

These features all work terrifically well in what is still probably her best-known work, Brother of the More Famous Jack, surely one of the most delightful first novels of the 1980s. It sparkles with argumentative dialogue, wry observations of battles between the sexes, between parents and children. Telling the story in retrospect is Katherine, initially a naïve student, who becomes involved with ‘a house full of talkers’, the chaotic family of her philosophy professor Jacob Goldman and his wife Jane. Through her involvements with them, and subsequent romance with their priggish son Roger, Katherine receives her education for life. Her six years in Italy brings her another unsatisfactory relationship, the heartbreak of losing a baby, and a nervous breakdown. She finds the Goldmans again, and Katherine marries another of their sons, randy novelist Jonathan, with whom she discovers that ‘sex is better than pork’, conceiving another child. But it all ends on a tragic note, with Jacob dying of a heart attack shortly after his daughter’s wedding. Katherine is now no longer ‘a card-carrying female masochist’, and is able to regard him, and her own new husband, in a less idealistic light.

Jonathan and Katherine, as well as some characters from Temples of Delight (1990) and Juggling, re-appear in The Travelling Hornplayer (1998). Jonathan’s habitual infidelity is the motor of the plot, albeit accidentally. But the leading players are the next generation, including Katherine’s rebellious daughter Stella (‘the Nuisance Chip’), Ellen Dent, and her sister Lydia whose death in a car accident opens the book. This is a darker tale, its discrete sections narrated by various characters, with chapter titles named after a mournful Schubert song cycle. Katherine’s husband is doing some university teaching, conducting a highly sexual affair with ‘the gladiatorial Sonia’, a media pundit who ‘looks, around the head, like an illustration in an Angela Brazil story’. Meanwhile, Stella goes to music college, becomes pregnant by a successful young painter - and HIV-positive. As is often the case in Trapido’s novels, religious belief and spiritual leanings begin to emerge out of suffering, as Stella takes instruction on Catholicism. A bittersweet conclusion finds most of the characters gathered together at an Oxford college dinner, where Katherine finally confronts her husband, and Stella learns the truth about her own unwitting role in Lydia’s death.

Frankie and Stankie is probably her most autobiographical and ambitious novel, politically and socially aware, convincing in its portrait of South African society. The characters stand apart from previous books, even though familiar situations and preoccupations soon come to the fore. The de Bondt family history is set against pivotal events in the apartheid era, interspersed with many acute observations on the country’s history, racial attitudes, social divisions and political developments. Trapido freely intermixes her characters with glimpses of key real-life figures such as Dr. Verwoerd (‘perpetually grinning’), Alan Paton, Athol Fugard, Joe Slovo, and even Nelson Mandela. But once again the narrative focuses on the experiences and feelings of its heroine, ‘weedy’ asthmatic Dinah, growing up during the 1950s within a liberal academic family. She has an elder sister to contend with, a succession of best friends and schoolgirl crushes to learn from. There are some wonderfully observed scenes of the awfulness of school, its ‘giggle potential’ and the excesses of teachers.

The family prospers materially but, in the wake of the pass laws and the treason trials, Dinah begins to ‘position herself as a bit of a dissenter’ at high school. She breaks with her first lover because ‘for Didi, blacks are jazz musicians, or else they clean your shoes … [and] Didi doesn’t read very much except for The Kinsey Report’. She becomes involved with history academic Sam, and is exposed to the risks of anti-apartheid activism. When they escape together to Britain, ahead of being arrested, they have to come to terms with a culture shock, cold weather – and unexpectedly racist attitudes. As with all her novels, it is informed, as the critic Philip Hensher has commented, by ‘her knowledge of the endlessly surprising and devious ways with which people deal with each other’. Having been short-listed three times for the Whitbread Novel Award, Barbara Trapido is surely overdue to win a major literary prize.