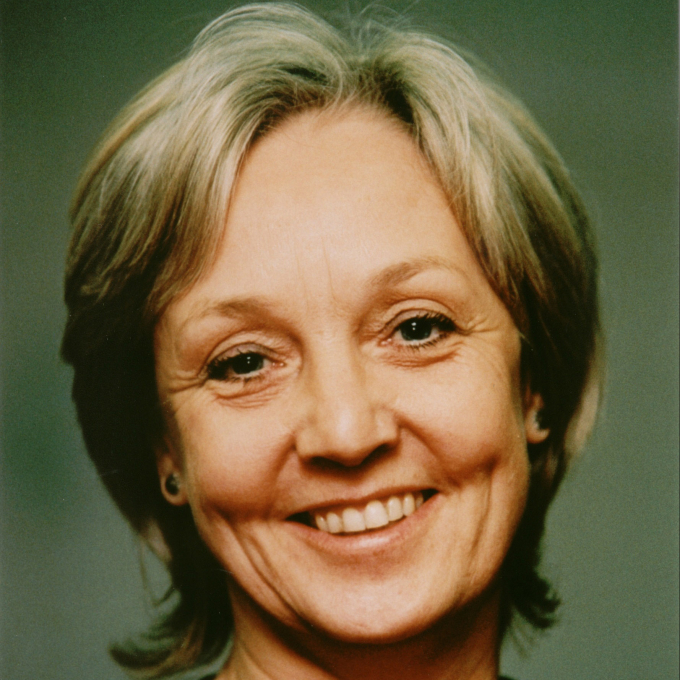 Anne Fine is a distinguished writer for both adults and children.  Her novel Goggle-Eyes (1989) won the Guardian Children’s Fiction Prize as well as Britain’s most coveted award for children’s literature, the Carnegie Medal. She won the Carnegie Medal again for Flour Babies (1992), which also won the Whitbread Children’s Book of the Year Award. Among her many other prizes are the Smarties Prize for Bill’s New Frock (1989), a second Whitbread Award for The Tulip Touch (1996), a silver Nestle prize for Ivan the Terrible (2007), and many other regional and foreign awards.

In 1990 and again in 1993 she was voted Publishing News’ Children’s Author of the Year. In 1998, she was the UK nominee for the Hans Christian Andersen Award. Adaptations of Bill’s New Frock and Goggle-Eyes have been screened by the BBC and her novel Madame Doubtfire (1987) was adapted for film under the title Mrs Doubtfire.

Having written over fifty books for children of all ages, Anne Fine became Children’s Laureate in 2001 and during her two years of office set up the Home Library (free downloadable modern bookplates from www.myhomelibrary.org) and published three classic anthologies of poetry for different age groups, called A Shame to Miss 1, 2 & 3.

Anne Fine has also published eight highly acclaimed novels for adults, including In Cold Domain (1994), All Bones and Lies (2001) and Raking the Ashes (2005).The Killjoy (1986) won a Scottish Arts Council Book Award and both Taking the Devil’s Advice (1990) and Telling Liddy (1998) have been broadcast on BBC Radio 4. Her most recent novel for adults is Battle of Wills (2016).

Anne Fine’s work has been translated into forty five languages. In 2003 she became a Fellow of the Royal Society of Literature and was awarded an OBE. Anne has two grown up daughters, and lives in County Durham.  Her website is www.annefine.co.uk.

Her prolific output includes books for all ages, from very young children to adults, but she is most well-known for her novels aimed at the 8-12 year age range. Fine’s work is always humorous, but also quite provocative and hard-hitting, and she presents very honest depictions of ‘ordinary’ family life.

Fine’s earlier novels condemn adults quite harshly. In The Stone Menagerie (1980), Ally struggles with a domineering mother and an ineffectual father. Apart from occasional redeeming features, the parents are not shown sympathetically, and the novel follows Ally’s development of psychological strength, with which he determines to hold his ground against his family. As he tells Chloe, his mentally-ill aunt with whom he feels a particular empathy: ‘ “I’m going to dig my heels in when it all comes up for me. Refuse to budge, like you. But tell them why. I think it may be better in the long run” '.

The publication of The Granny Project in 1983 marked a change in which Fine’s work began to develop a more morally ambiguous tone, displaying sympathy for, and criticism of, both parents and children. The novels also become more humorous from this point onwards. The four Harris children are horrified by their parents’ plans to put their Granny in a nursing home. Convinced that this is an act of pure selfishness, the children embark on a campaign of manipulative tactics to persuade their parents to change their minds. However, the behaviour of Ivan, the eldest child, in particular, is so extreme that the narrative tone shifts to sympathising with the parents or, at least, suggesting that the situation is far from clear-cut. Ivan’s passionate ideals are applauded to some extent, but his attitude is shown to be ultimately flawed because he is wholeheartedly single-minded.

Mr and Mrs Harris’ response is to tell Ivan and his siblings that they must assume responsibility for Granny’s care if they wish her to remain at home, and the children, along with the reader, quickly realise the strain their parents have been under. Ivan collapses with exhaustion and all four find that their (rather self-righteous) compassion for Granny is challenged by the daily grind. Finally, a compromise is agreed in which parents and children will share responsibility, before Granny (rather conveniently) dies.

Fine’s subsequent novels continue in this vein, in which things are never black and white, and family life is shown to be turbulent. However, Fine does not do this with pessimism; rather, she suggests the importance of simply accepting the chaotic nature of family life and the fallible nature of individuals (both adults and children). The acceptance of this is shown to be liberating, and Fine’s use of humour enables her to present family turbulence in a fairly upbeat manner.

Fine’s novels display acute sensitivity towards the feelings and needs of children, yet she does not over-indulge the child’s point of view. Adult characters must learn to understand and accommodate their children, but the child is also expected to make an effort. In Goggle-Eyes (1989), Kitty’s negative reaction to her mother’s new boyfriend is presented as entirely understandable, but the novel’s relatively harmonious ending only comes about through mutual effort: Kitty’s mother and Gerald become sensitive to her feelings, but Kitty must also learn to compromise and accept Gerald for who he is. Even more poignantly, Simon in Flour Babies (1992) gradually comes to terms with the father who abandoned him. His school project - caring for a sack of flour as if it were a real baby - enables him to understand the stresses of parenthood, and he realises that his father simply could not cope. His father’s actions are not condoned, but Simon realises that, for his own peace of mind, he must let go and move on.

One of Fine’s most well-known books is Madame Doubtfire (1987) which was made into a Hollywood film (Mrs Doubtfire) starring Robin Williams. Daniel and Miranda Hilliard are in the process of separating, and both use underhand methods in the fight for their children’s affections. The situation is presented humorously, but as in much of Fine’s work, the humour has a sharp edge to it, and Fine disliked the Hollywood film because it replaced this sharpness with sickly-sweet sentimentality. Fine’s novel emphasises that strong love and strong negative feelings can, and usually do, exist side by side, and this is particularly evident in a scene in which Daniel swings, in a brief moment, from violent rage to overwhelming love towards his son: ‘Daniel … caught a look of rising terror on his son’s face … he reached out to his son, setting himself to mend the rupture between them …’ The narrative tone is quite matter-of-fact, and Daniel is not condemned. Rather, the novel suggests that it is relatively ‘normal’ for a loving parent (and a loving child) to experience such extremes of emotion, particularly under stress. Thus, Fine invites us to come to terms with the imperfections in ourselves and others.

Although Fine sympathises with adults, however, she is ultimately on the child’s side, and draws a clear dividing line between acceptable and non-acceptable adult fallibility. In The Tulip Touch (1996), the title character is a young girl who is being horrifically abused by her father - we do not witness the abuse directly, but Tulip’s behaviour indicates emotional, physical and possibly sexual abuse. However, the story is told from the point of view of Tulip’s friend, Natalie, whose family display more acceptable fallibility. While Natalie, like most of Fine’s protagonists, develops her own inner strength and learns to accept her parents’ shortcomings (while equally becoming aware of her own), Tulip’s future is bleak.

The Tulip Touch was inspired by the story of James Bulger, who was murdered by two 10-year old boys in 1993. Fine was horrified by the media’s reaction to the two boys, and her novel engages with the debate regarding ‘Original Sin’ versus ‘Original Innocence’. She creates a child character who is a ‘realistic’ product of abuse, exhibiting disturbed and sickening behaviour, yet Tulip is always shown to be a victim of her environment, as Natalie’s father makes clear: ‘“No one is born evil. No one”’. The Tulip Touch suggests that children are everybody’s responsibility, and harshly condemns both the attitudes of individuals and the social and legal systems which prevent Tulip getting the help she needs.

On the whole, however, Fine’s child characters are lovable survivors. With the exception of Tulip, who is in extreme circumstances, Fine’s protagonists are usually on a psychological journey, in which they find inner strength and learn to cope with themselves and the world around them. Her novels show great empathy with children, but also suggest that a successful (or even reasonable) family life depends upon effort and compromise from both adults and children. In Fine’s work, no-one is perfect and no-one is expected to be perfect, but all must try their best.

Fine has also written a collection of short-stories, Very Different: and other stories, published in 2001 to celebrate her appointment as Children’s Laureate. She also compiled three collections of well-known poetry, A Shame to Miss, volumes 1, 2 and 3 (2003), each aimed at a different age-group, with the intention of making poetry enjoyable to young people. She continues to produce a regular output of novels, and has now published more than 50 books in total.

Reading was the single great pleasure of my childhood, so it's hardly surprising I write for children as well as for adults. I think my main interest is in how people keep from murdering one another, especially in families. Clearly, when writing for the very young, an author has to keep on the velvet gloves (though I do try to stay honest). Middle range children can take a fairly hefty dose of realism in their reading, so long as there's some sort of hope in there somewhere. But in novels for adults, you can let rip entirely. Mine are all black comedies (except for the first one, The Killjoy, which is simply black). 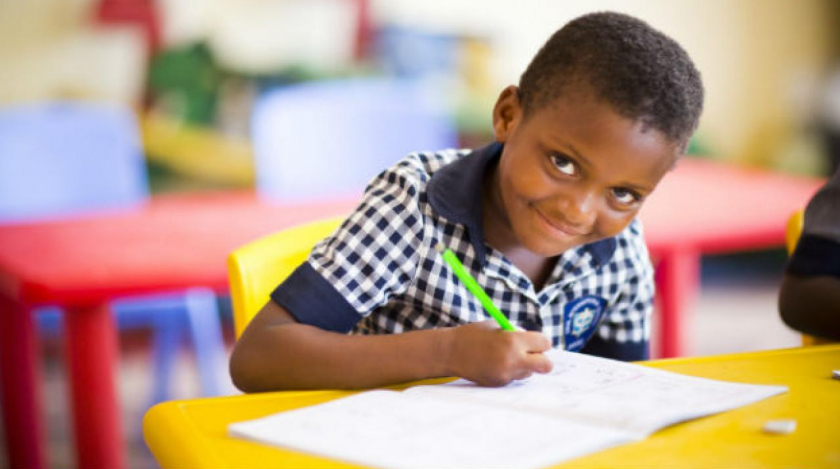 Anne Fine's top tips on writing for, and by, children