Inspired by our recent British Council Literature Seminar on Welsh writing, this month's What We're Reading is dedicated to Welsh Literature. We asked Elena Schmitz (Head of Programmes, Literature Wales, and member of the British Council’s Arts and Creative Economy Advisory Group) to join us. 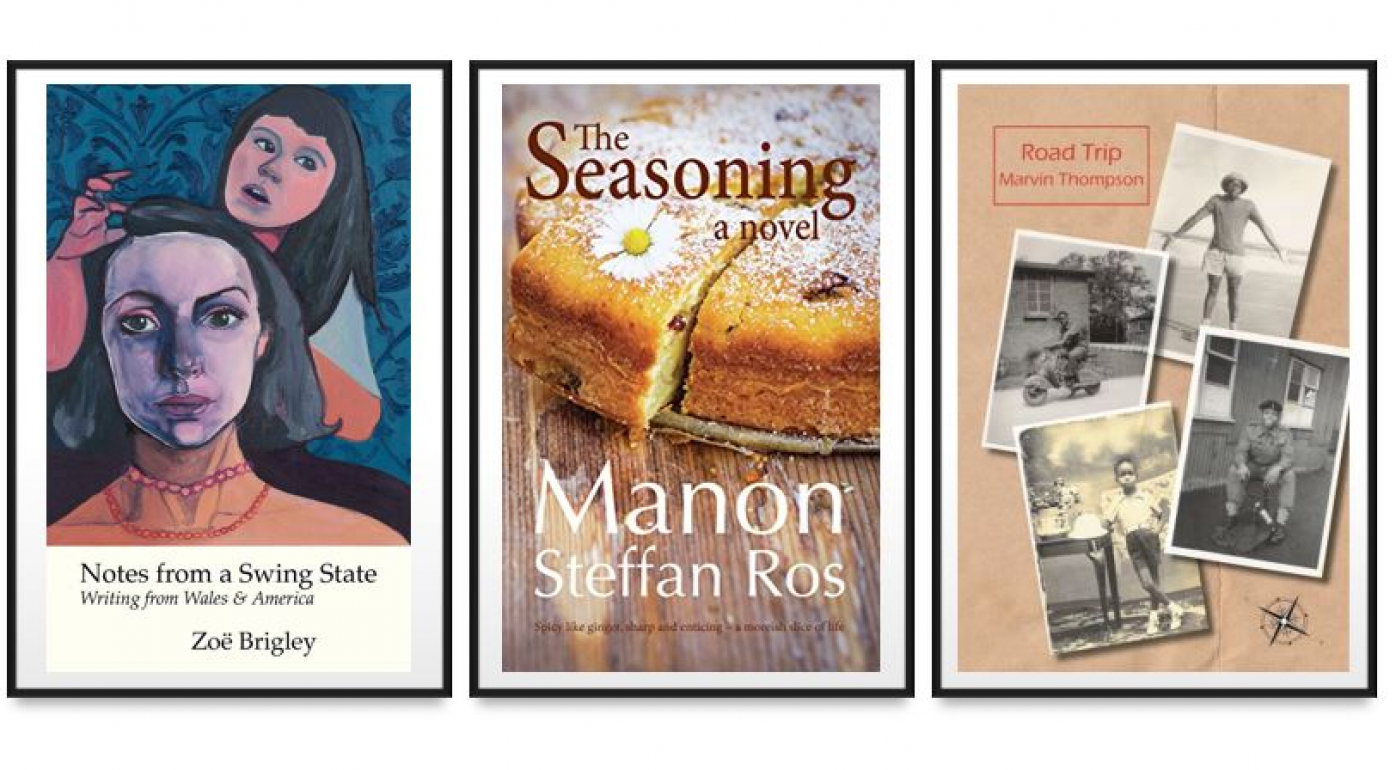 Road Trip is a captivating and accomplished debut poetry collection by Marvin Thompson. This is urgent, necessary and important poetry, which is also hauntingly beautiful and strikingly inventive.

The book is structured into four parts and covers heritage, place, identity, comedy, language and what life is like as a Black father of Jamaican heritage raising kids in 21st Century Wales. On the latter, he writes in ‘The One in Which’: ‘As I drive, a smile curls – my Mixed Race children are listening to something I want them to love: art that sings Africa’s diaspora and raises skin to radiance. But they haven’t asked to learn a history of defiance or the blues’ dark beauty’. In ‘Cwmcarn’: ‘What if Derys and Hayden choose to identify as White in a Britain that will call them Black? The sky darkens.’

Thompson is an important new voice for Welsh poetry and in March 2021, he was awarded the first prize in the Poetry Society’s National Poetry Competition for his poem ‘The Fruit of the Spirit is Love (Galatians 5:22)’. This is a book everyone should read and Thompson is a writer we will hopefully hear a lot more from.

Notes from a Swing State: Writing from Wales and America by Zoe Brigley

What is it like to exist within something – an identity, a history, a community, a prescribed gender role – while also standing apart from it? Zoe Brigley’s short essays, many just three or four pages long, explore moments when life and art and politics combine to produce this sensation, and describe its contradictions or complexities. Often Brigley highlights the effects of violence: psychological, physical, political, systemic. Abuses experienced by women, minority groups and outsiders; delivered by intimate partners and the state; delivered most notably through the ways intimate partners and the state support and inform one another. In each essay, Brigley brings the reader to a fuller understanding, rooted in empathy.

The Seasoning by Manon Steffan Ros

Manon Steffan Ros was one of the British Council’s featured writers in our recent British Council Literature Seminar on Welsh writing. Her contribution to the seminar was excellent, thoughtful and insightful. During the seminar she read from her book The Seasoning, which she translated into English herself, having already written the book in Welsh. After listening, I had to get the book.

Each chapter of The Seasoning starts with a recipe and the one that particularly caught my ear during the seminar was one for a gingerbread loaf which sounded delectable. The chapters also reveal a different part of Peggy’s life within a village in Snowdonia.

Steffan Ros writes food beautifully and I’m in awe of the ability to write so well in both Welsh and English. I look forward to reading more, and to exploring Welsh literature more fully.

The Girl Who Speaks Bear by Sophie Anderson

Shortlisted for the Carnegie Prize this year, Sophie Anderson weaves together elements of Russian traditional tales with a gripping adventure story.

Yanka has always been the strongest child in her village, but realises she is different when her legs begin to resemble a bears’, sending her off on an adventure to figure out where she has come from. Along with her 'herd' – which includes a wolf and a house weasel – the story leads to a climactic fight with a dragon, but also acts as a starting point for reflecting on who we are and where we belong, perfectly pitched at children on the verge of young adulthood. Beautiful, lyrical writing, picking up on references to Anderson’s fantastic first book The House with Chicken Legs.

This is a debut collection for children, packed full with vivid and funny poems. My favourite were the ones that brought nature to life – ‘Waterfall’, ‘The Willow tree’ and ‘The Sea’ capture natural movement beautifully. But the image that stays with me most of all is the child from a poem referenced in the book title, eating a sticky jellybean off the carpet – yuck! Lots to enjoy, and I’m looking forward to seeing what’s next for Alex Wharton.