Books that the literature team have been enjoying this month. 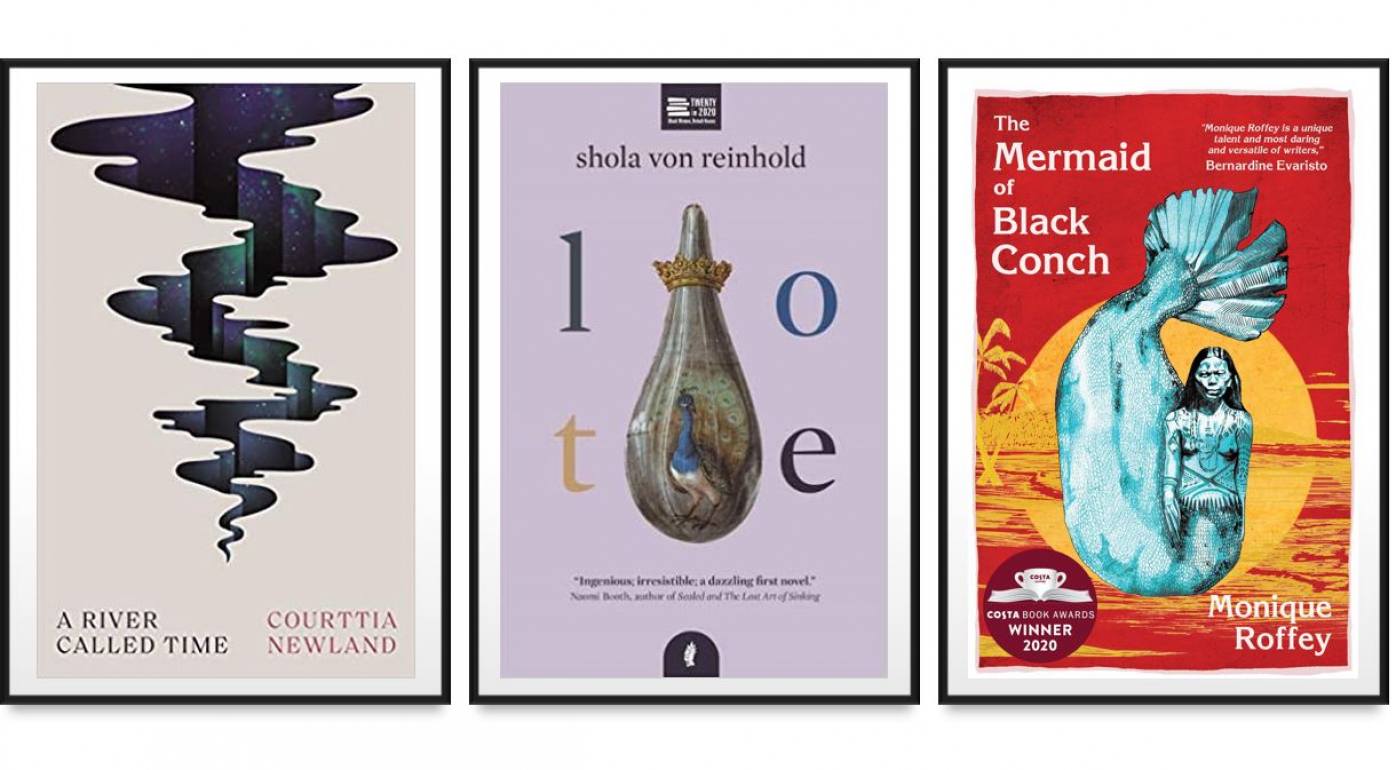 Take a look at previous What We’re Reading blogs for more reading inspiration.

Courttia Newland’s epic afro-futuristic novel, which is set in a world heavily influenced by African spirituality and cosmology, brings together the many philosophical and existential questions we are faced with today and puts them in a very readable, un-put-downable piece of fiction. It takes great vision and mastery to pull off a world like this. The novel begins in the year 2000 with our protagonist Markiss being chosen to enter the Ark, a man-made enclosure initially built to save lives that ends up being a playground for the elite.

This world is so similar to our own and yet vastly different. As I began reading this novel (just after another national lockdown was announced), I was worried about the immediate parallels to the current state of the world. But the author takes you deep into the field of astral projections, revolutions, and above all love and relationships. Through the protagonist, we are shown glimpses into what other versions of reality could be. This is the perfect read to help you escape the real world.

Wordplay, rhetoric, white-hot fury, perverse desires and palpable disgust, all squirming together inside long paragraphs – Elfriede Jelinek’s prose style makes her almost impossible to translate. Even the title of Rein Gold works only in German: on the page it reads 'pure gold'; aloud it is 'Rhinegold', the first in the Ring Cycle, whose tale of property theft and debt Jelinek remakes into a drama about families and finance. Gitta Honneger’s English-language version impressively captures Jelinek’s voice, full of puns that induce not laughter but unease. “Can you still make heads or tales of it?” Brunnhilde asks her father, Wotan; observing the stock market crash, Wotan says, “Let the stocks fall … no one gets their heads stuck in them any more, that’s summer stock schtick.”

In her early novels Jelinek observed her characters from a distance, commenting as they exploited one another. Her increasing focus on playscripts, however, has seen her get beneath the skin of these people, voicing their complacency, cruelty, and anger. In Rein Gold she shifts again: there is now a direct, italicised 'you' as the characters address the reader, forcing us to consider our own behaviour in the ongoing history of capitalism, to ask what we’ve taken from others and what we still owe.

A Thousand Ships by Natalie Haynes

The context of this book will be familiar to many - it opens with Troy on fire and the Greek army victorious.  But the stories Natalie Haynes tells are not the ones we are used to hearing. She paints a picture of what happens next through the eyes of the women in the story – the Trojan women captured by the Greeks, a fighting Amazon princess and her army, and the goddesses who feature throughout the legends. This change of perspective, and Haynes’ narrative style, with the chapters chopping and changing to tell the continuing stories of different female protagonists, jolted me into a completely different relationship with the epic story. A gripping read, and a fresh and necessary look at an age-old tale.

The Mermaid of Black Conch by Monique Roffey

This love story between a black conch fisherman and an ill-fated mermaid is a far cry from Disney princesses. Bringing to life the beauty and power of myths and legends across the Caribbean, this book offered me some much-needed escapism during lockdown. However, Monique Roffey also weaves a seductive thread of realism into her award-winning novel, engaging with topics such as female sexuality and colonialism that impact the region today.

This novel has an extremely charming narrator whose fixations on modernist figures and Bright Young Things instantly endeared me to her. Mathilda discovers the forgotten Black modernist poet Hermia Druitt through a library project. On a whim, she applies to an artistic residency in a town where the poet once lived. Once there, she starts investigating the links between Druitt, the residency founder and an occult society called LOTE.

A polemic against eurocentricism, this book is about aesthetics, literary modernism and Black erasure. Its characters are well drawn and hilarious, eliciting snorts of recognition – I especially enjoyed James the receptionist. Von Reinhold brilliantly paints a picture of a London that simultaneously attracts and repels the protagonist (and me). It made me long to travel on buses and go to awkward dinner parties.

LOTE is part of Jacaranda’s 20 in 2020 initiative: the first time a UK publisher has published 20 titles by Black British writers in one year.