If you're heading to The London Book Fair this month, join us at these Cultural Programme events 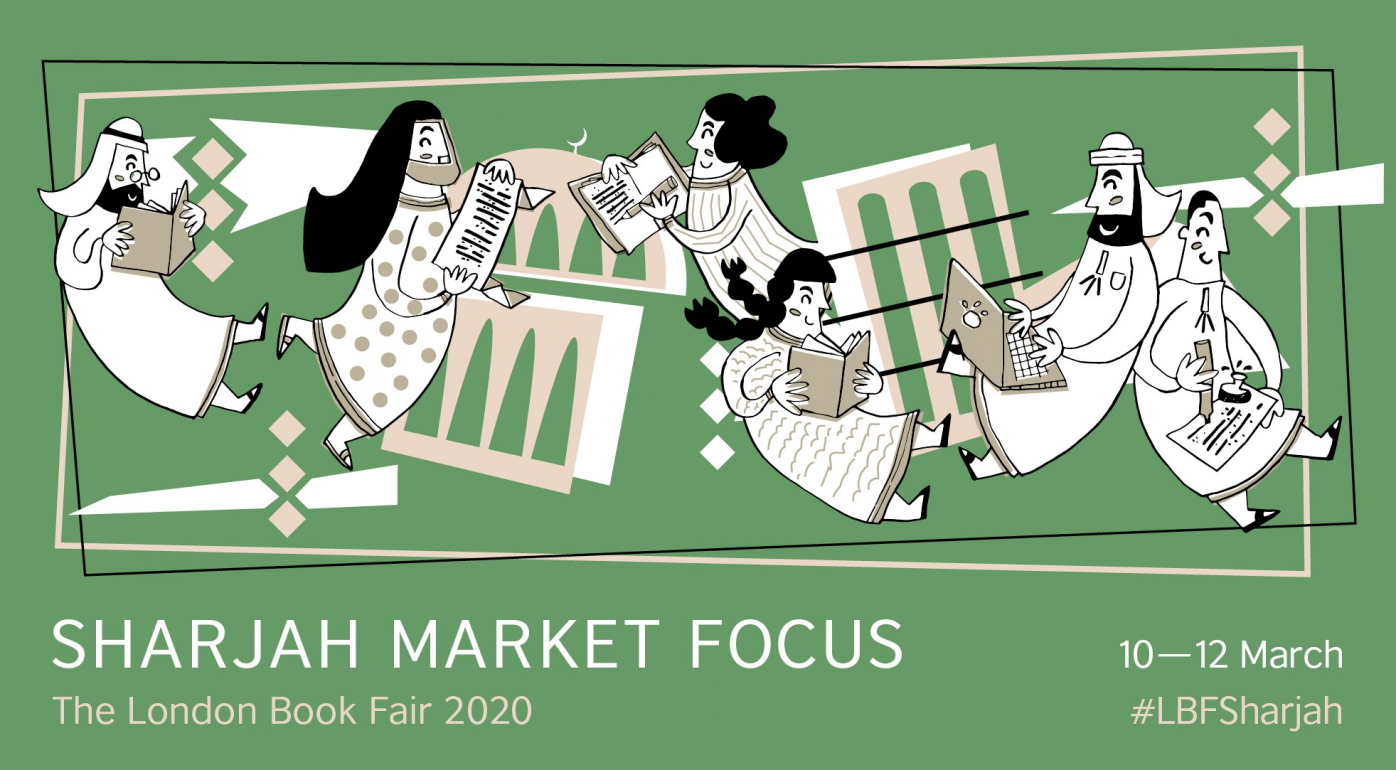 As The London Book Fair has been cancelled, the British Council Market Focus Cultural Programme events next week will not go ahead. We continue to monitor the situation and work with our partners regarding any additional Market Focus activity. The health of our visitors, students, customers and colleagues is our priority throughout this rapidly evolving situation.

All the following events take place at Olympia Conference Centre, London. Book your ticket for The London Book Fair!

This event has been cancelled due to unforeseen circumstances.

Mohammad Al-Murr is an Emirati short story writer and the head of the Dubai Cultural Council and Dubai Culture & Arts Authority. His work aims to reflect modern Emirati society, blending sarcasm, romance, and realism. He is appearing in conversation with Catherine Taylor to discuss literary experimentation, and the relationship between modern Emirati writing and its rich literary heritage.

How is Arabic spoken and written today and what influences affect this? How do dialects feature in contemporary Emirati literature? This panel will explore the ways in which Modern Standard Arabic is used and perceived by writers and their readers, and consider the position of Arabic literature in a context where many readers are reading in English. Salha Obaid is an award-winning short story writer, and member of the Association of Emirati Women Writers. Reem Al-Kamali is an author who has written on the wider use of Arabic in the UAE. They will be in conversation with translator and academic, Adam Talib.

This event will take place in Arabic and English with simultaneous interpretation.

Folklore and Traditional Stories in the UAE

How do traditional stories – myths, origin tales, and religious canon – as well as the cultural and artistic traditions of the Emirates influence today’s writers? From djinns to fantasy lands, what are the Emirati writers of today retelling, and how do these tales change when reimagined through a 21st century lens? What are the clichés, misconceptions and assumptions they hope to end through their work? Dubai Abulhoul is an author whose children’s book Galagolia was the first Emirati fantasy novel to be published in English. Dr Abdulaziz AlMussallam is an author, researcher, and cultural heritage consultant, who has written on Emirati folklore and culture. Chaired by British Council trustee Rob Humphreys.

Due to unforeseen circumstances, Catherine Fisher is not able to attend this event.

How do we discover, create, and speak to new audiences with literature they don't know they'd love? This panel will discuss the two-way street of translating, editing, publishing, and marketing books from Arabic to English and vice versa. We'll address how different people in the biblio-ecosystem can work together to build audiences' enjoyment of unfamiliar work.

Ahmed Al Ali is an editor at Kalimat Group. Nariman Youssef is the Arabic Translation Manager at the British Library. Ra Page is the founder of Comma Press. Chaired by M. Lynx Qualey, translator, critic, and founder of ArabLit website and magazine.

Literature Outreach and Engagement in the UAE

Literary outreach programmes are a crucial part of reaching the widest audience possible, and providing access to literature can change lives. How is the UAE leading the way in literary outreach? How are writers themselves playing a part in this outreach and activism? Abdulla AlNuaimi is the coordinator of the Arab Reading Challenge Project, the largest reader development project in the Arab world. Dr Habeeb Ghuloom is an author, actor, and is vice-chairman of the board of directors for the Youth Drama Theatre for Arts. They will appear alongside Sarah Ardizzone.

This event will take place in Arabic and English with simultaneous interpretation.

Khulood Al Mu’alla is a prominent Emirati poet, whose six poetry collections and anthologies have been translated into Spanish, Turkish, and Italian. Her work has been hailed as the combination of poetry and science, appropriate given her early training as an architect. She appears in conversation with poet Nia Davies to discuss her poetic influences.

Author of the Day: Afra Atiq in conversation with Joelle Taylor

Market Focus 'Author of the Day' Afra Atiq is an Emirati poet, spoken word artist, and PhD candidate. With a passion for languages, she writes and performs in a blend of bilingual and trilingual poems in English, Arabic, and French. Afra’s work has been featured on numerous international platforms alongside local showcases such as PublisHer summit, and Louvre Abu Dhabi. Community and education are a vital part of Afra’s work, inspiring her doctoral research into Instagram and the Arab literary ecosystem. She is a founding member of a thriving community of Emirati female writers called Untitled Chapters. She will be appearing in conversation with poet, playwright and author Joelle Taylor.

Eman Al Yousuf is a writer and screenwriter. Her short film ‘Ghafa’ was the first Emirati feminist short film. She has published three short story collections and two novels, the second of which, Guard of the Sun, won the 2016 Emirates Novel Award. She has published a book of literary interviews with female Emirati writers, and writes weekly and monthly columns on being a female writer in the UAE. She will be speaking about her experience of feminism, and the writing life with Karen Brodie.

Sultan AlAmeemi is a critic, poet, and novelist, and a member of the jury for the Million’s Poet Competition for Nabati Poetry, the largest and most important competition for Nabati poetry in the Arab World. A poet himself, he writes Nabati and pure poetry, along with two novels and four collections of short stories. He is the Director of the Arab Poetry Academy, the first specialized academy for poetry in the Arab World. He will be appearing in conversation journalist, writer and critic, Boyd Tonkin.

This event will take place in Arabic and English with consecutive interpretation.

Our annual translation slam returns this year with two mid-career translators working from Arabic-to-English, who recently participated in the Tarjem Translation Workshop in Sharjah. Katharine Halls and Ruth Ahmedzai Kemp will each translate an excerpt of an Emirati author, going head-to-head in a light-hearted battle of language. The translators will then discuss their linguistic and stylistic choices with our host, translator Jonathan Wright, and share their insights into the peculiarities, delights, and challenges of translating from Arabic. 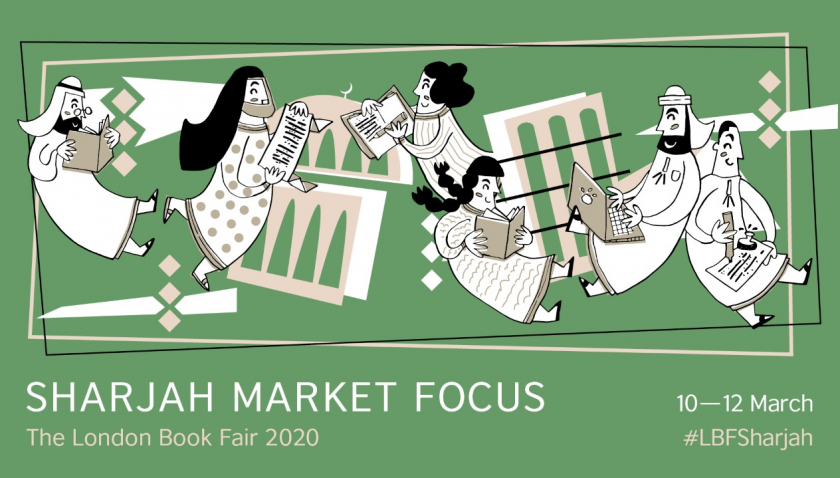 As The London Book Fair has been cancelled, the British Council Market Focus Cultural Programme even...