Hannah Berry, on the realities of being a Comics creator in the UK 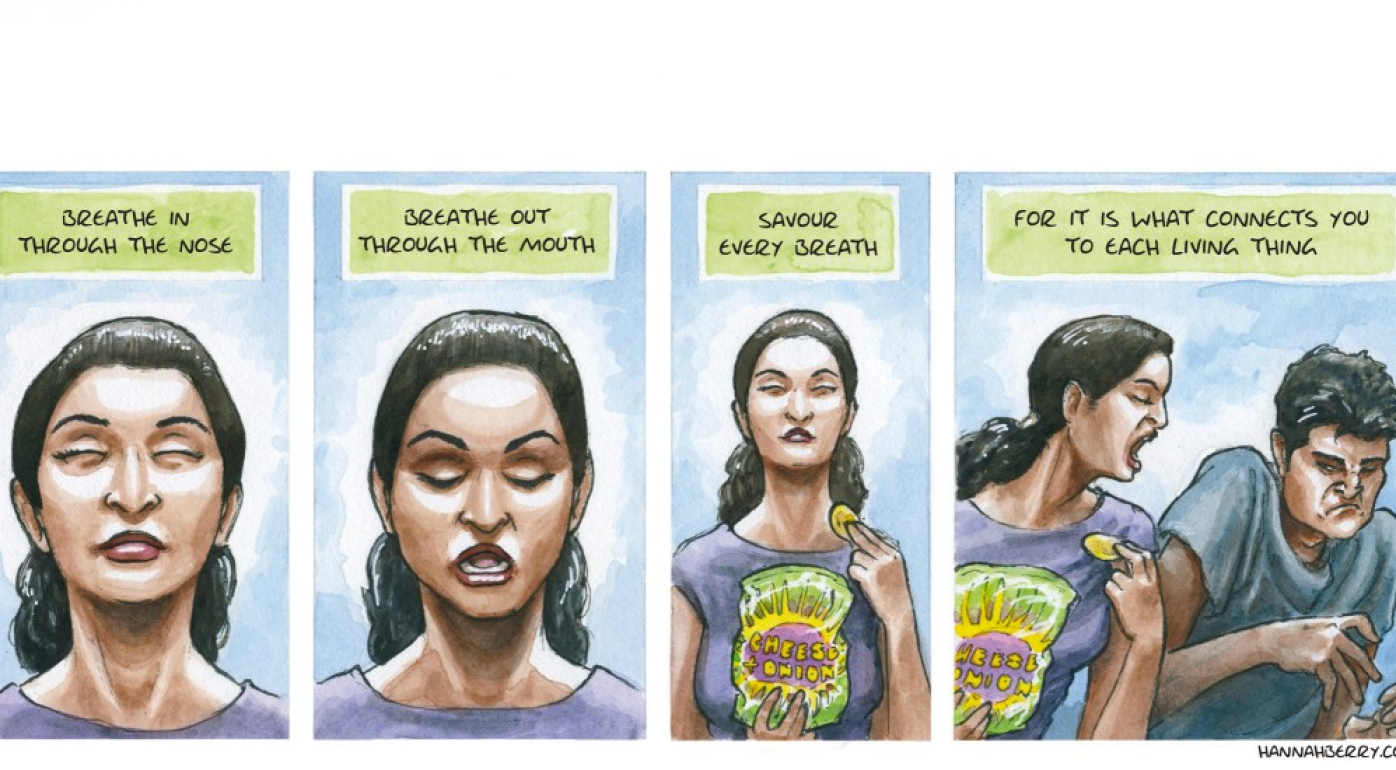 If you wanted to change the UK comics industry, how would you go about that?

Actually, ‘industry’ is a bit strong; it’s more of a collective endeavour, willed into being by the enthusiasm of its participants. A vast, nebulous cloud. However, nestled within that cloud is my life’s work, and my friends’ life’s work, and my proudest achievements and my bitterest failures and my boldest ambitions and my fiercest jealousies. I cannot quit you, nebulous cloud.

I’ve been a professional comics creator since 2005, and have clocked up enough time making comics and talking about making comics that I now have the honour of being the 2019-21 UK Comics Laureate, an ambassadorial and educational role for the comics medium which aims to raise awareness of the impact they can have in terms of increasing literacy and creativity.

And they really can have an impact: comics is hands down the most exciting and accessible storytelling medium. The sheer magnitude of possibilities - in the text, the art, the style, the content, the juxtaposition, the timing, the pacing, the silence, the noise, the subtleties: the way every element works together in intricate combinations to build meaning, moments, narratives, that can be immediately accessed by every human on the planet with the barest understanding of visual literacy. It’s the purest form of storytelling, in that a single author can speak to a single reader on a level so personal that it supersedes verbal language.

And the ecosystem here in the UK is unique: we don’t have the production and retail infrastructures of the US; we don’t have the social and cultural acceptance of France; we don’t have the nation-wide readership of Japan. What we do have is a flourishing scene that has regrown of its own accord in the last couple of decades, following almost no conventions and with very little precedent, shaping itself around its own interests and blazing its own artistic trail, with a sense of community and belonging that is intoxicating.

The down-side of the blazed trail, unfortunately, is that this glorious medium seems forever on the brink of being taken seriously while never quite making it. Always the bridesmaid, never the celebrated art form.

So. If you wanted to change the UK comics industry, where would you start?

Step 1, quantify the cloud and learn more about those working within it: who they are, how they’re doing, what obstacles they’re facing and what they need to be able to continue making comics. Earlier this year I kicked off a nationwide online survey to do just that, and the full results were published at the beginning of August. The insights it gave were exhilarating and dismaying, proving what we’ve long suspected: that despite its growing audience and increased sales figures, the scrappy, rough-and-ready frontier of comics is not a reliable source of income. There is barely enough of an industry for more than a handful of creators to sustain a career in comics alone: 87% of creators rely on income from at least one other source outside of comics, and of those who said comics was their primary occupation, only 62% said it was their main source of income. Most respondents (66%) made £5000 or less from comics and comics-related activities, with the average income being only £10,299.

If the situation wasn’t dire enough before the pandemic, the last six months have helped turned that frown inside out; into a rictus grimace. With published projects delayed or abandoned and the festivals and conventions that are the life-blood of the comics scene cancelled or moved online, most respondents said their income had been considerably reduced as a result.

And it’s not just the money: as a collective with an extremely global outlook - 51% of creators have worked internationally - the abrupt cancellation of travel abroad has thwarted any number of potential connections and future working relationships. (I’d been invited to spend April in Canada for an exciting residency with Festival Québec BD myself, and I’m devastated to have missed out.) More than anything, it’s revealed just how precarious our situations are.

Which brings me to step 2: using this information to advocate for comics and find ways to support ourselves, each other, and our fledgeling industry. If there’s one thing this survey has shown unequivocally it’s how much the community LOVES comics but wishes things were, frankly, better.

I’m organising a series of online discussion events based on the key issues raised by the report (specifically: lack of money, lack of access, lack of audience and lack of professional support), and I’d encourage anyone with an interest in comics to take part.

The first event, on Tuesday 1st September, will be a Q&A with everyone behind the survey and report, to give people a chance to find out what this data really means and what we can take away from it, to ask further questions and give feedback.

Find out more and register for the event.

Let’s get to work on this nebulous cloud.