Rufus Mufasa reports back from the Indonesian festival. 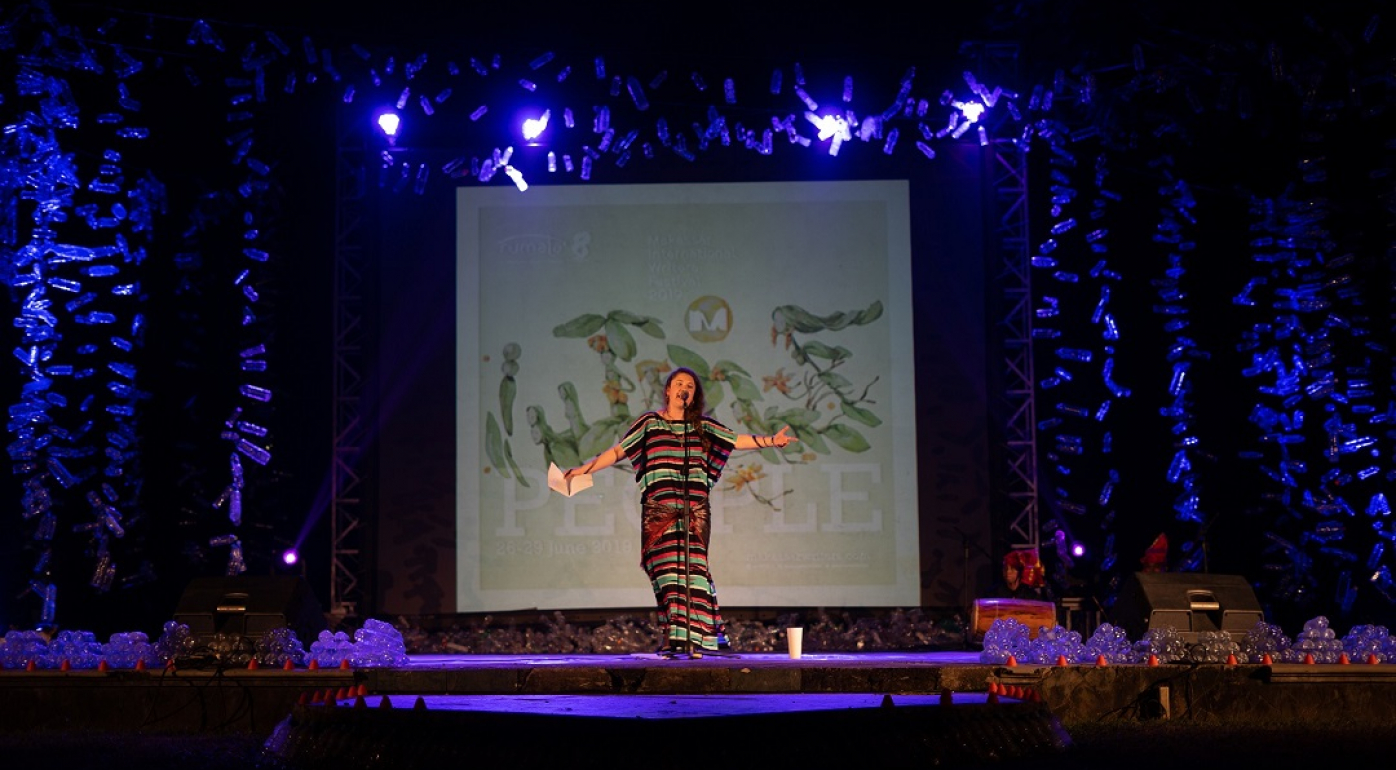 It’s late June when I arrive in Makassar. There is a huge sense of freedom in the un-calculatable chaos, happiness in the danger, a new spring in my step, a higher octave in my eyes, and a welcome that overwhelms.

Our first group meeting is at Fort Rotterdam, a 17th Century fort. The Fort is now used as a cultural and education centre, filled with song, dance, love and literature. 'Turtle', or, 'Kura-Kura' in Indonesian is my favourite new word, and Fort Kura-Kura is where the Makassar International Writers Festival is being staged.

The theme of this year’s festival is “People”, and I perform my work, about my people and their kitchen sink chatter on the opening night. I’m overwhelmed by the journeys I have made to arrive here, in Makassar, to talk about me, and my people. Lily Yulianti Farid, the founder of the festival says:

“Everyone’s talking about politics and economics, but we should be talking about the people, with a much broader spectrum… every-day people like us”.

Lily has a sincerity about “people” and understands that breaking down what that means isn’t meant to be easy. Indonesia is one of the most diverse countries in the world. There are more than 300 identities, more than 700 languages, 9000 populated islands… it would take 26 years visiting one a day! Will there still be 700 languages in 10 years’ time?

For many, Indonesian is a second language. Most mother tongues are not written, and I’m here to explore, defend and find sincere ways of preserving oral languages. Makassar will reunite me with my own mother tongue, my Bahasa (both Indonesian and Sanskrit), thousands of miles from home, in ways that I could never have imagined.

To unite the country means accepting that there is no one way, no one person. The Muslim faith is dominant, but Islam is diverse. There have been huge periods of civil unrest, faiths at war, but here and now, there is a deep understanding that there is no concept of one.

Borders were imposed here by the Dutch, and in 1928 a pledge was made:

One Nation, One Homeland.

I want to ask so many questions about LGBTQ+ in this country where this community and its people are not protected by law. I ask Jamil Massa, my fellow poet and constant kind source of information and translation, what the Indonesian word for rainbow is. Pelangi. I say it over and over and over again, like a chant, like a prayer, to gift me courage to ask more questions, to gift me poems that are inclusive, poems filled with Pelangi-Pelangi and Power, Rainbows and Rights.

Its day 2 and we visit Universitas Islam Negeri, where there is a discussion on “Minority/Majority – Managing the Harmony”. On arrival I am amazed by the welcome, the swarms of smiles that reduce me to tears. It feels like the entire university has come to greet us. On the panel there is a writer named Joko Pinurbo. He has the wisest eyes and his aura is an outstanding Pelangi. His soul is so loud that it has its own theme tune.

Mario F. Lawi, another fellow poet who is also part of today’s panel, writes poems that are so prayer-like, accolades to life’s rituals, that I’d be reluctant to pass over to the other side without his words washed over me. But what unites every member of the panel is that “Outside the poetry we are common people”. This entire room is of the people, the Rakia, the working class, the chatter of the market, the Basa Basi, the clecs, the kitchen sink.

But I am disturbed by a white elephant, stomping hotly for the minority. That’s when we are introduced to Maria Pankratia, a writer and activist fighting furiously for transgender rights. The Indonesian government recognises six religions, and you are either male or female. Maria is campaigning for additional/amended identifications to be honoured on official documents, and for safeguarding laws that include the LGBTQ+ community.

“In any ecosystem, diversity is strength. This conversation can’t just be about race and gender. There can’t be a discriminating access to education and information, and we can’t allow the government to restrict our books. None of us are equal unless we are all equal”.

Maria Pankratia’s contribution to the discussion gave me full permission to ask Jamil and Mario a million questions. Following this event, I met other activists; a documentary maker supporting transgender shamans in Bali; poets writing about sexuality and their Islamic faith; Samsara, an organisation that supports women’s rights and safe abortion, which is also illegal in Indonesia. Tomorrow I will cry buckets for my Nanna’s sister Dorothy, lovingly called Doll. Doll died when she was 24 from an illegal home abortion. It has taken three generations to tell Dolls story. My ancestors really are stirring. Makassar is helping me work through so much of my tribe’s trapped trauma.

The Makassar International Writers Festival gifted me so much of me back, and reunited me with the Rakia, my people, whose indigenous dialect was not considered a professional language, downgraded to whispers, even in their own homes, seen as a crime to pass on. Upon my return to Wales, I wrote a poem for them, stepping over anyone that made them/us feel ashamed, bulldozing those that have deemed my contribution to Welsh language literature inferior, and I read it at the National Eisteddfod, followed by a huge purge, an uncontrollable ugly face kind, and I heard Jamil Massa whisper in my ear, “Rufus, you were never ever a muggle. You are an indigenous hybrid”, followed by another whispering bird, this time Roseanne Watt, saying “I doot dat”.