William Letford reports back from the Indonesian festival. 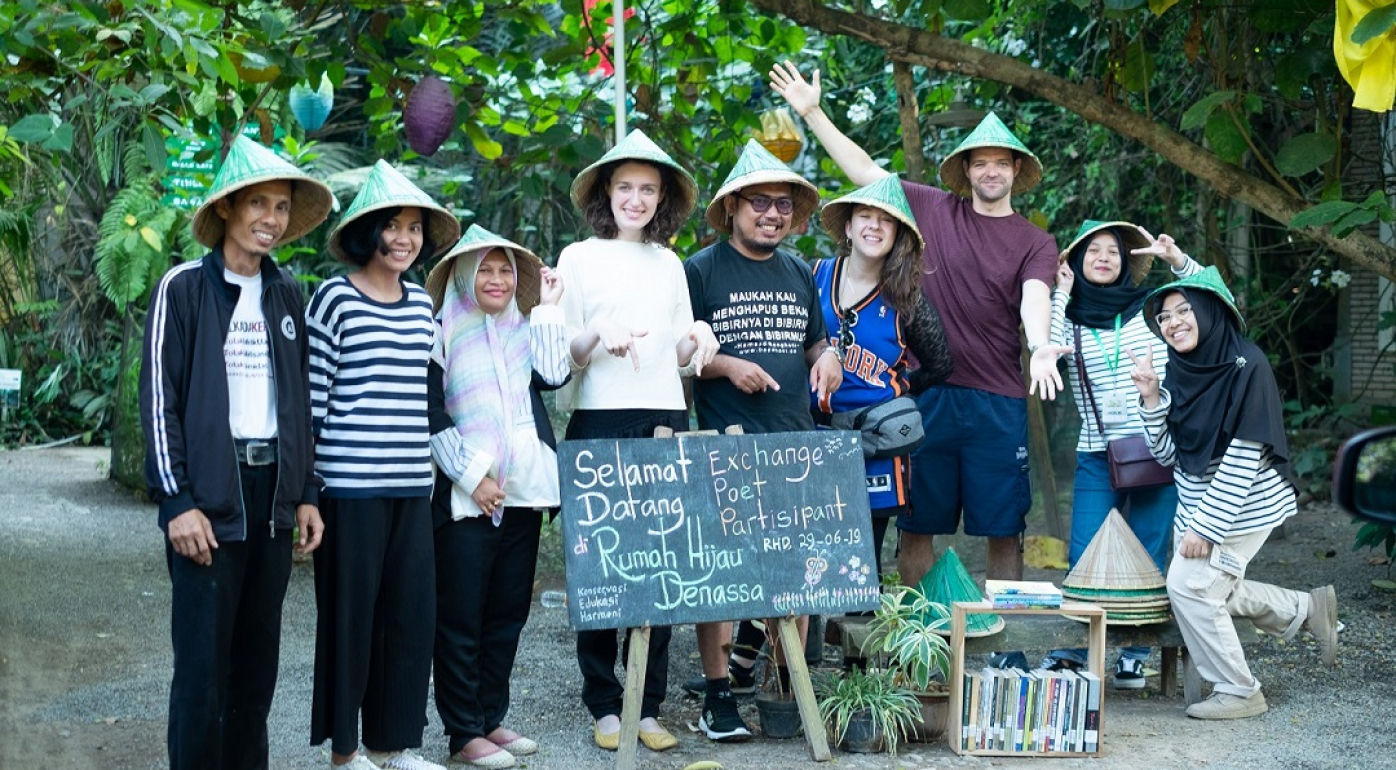 The archipelago of Indonesia is made up of more than seventeen thousand islands with over three hundred distinct ethnic groups that speak more than seven hundred languages. If you’re searching for a country of cultural and linguistic diversity, look no further.
I arrived in Sulawesi in late June and it’s no surprise that, amongst this diversity, I encountered a word I’d never heard before. In reference to religion I heard the term, Animism.
Writing, like travelling, offers the opportunity to step inside a perspective and look at the world in a different way. I don’t believe in a god, or many gods, but I can entertain the idea. I can ask myself, what if this were true?
If you can allow me to generalise and reduce the practice of an ancient and globally pervasive religion into one sentence—Animism is the belief that everything, plants, animals, rocks, and bodies of water, are alive, that they are related to us, that they have a spirit.
Yes, someone somewhere is thinking, “Sit yourself down, take a breath, let’s not put so many sweeteners in that coffee.” Stick with me. Think about your first car. Did you give it a name? On a January morning when the frost was thick and the engine kept coughing did you touch the steering wheel and gently and creatively swear at the dashboard? When you’re clicking one more sweetener into that coffee do you always use the same mug? Do you have a favourite jumper, do you consistently sit on the same armchair to watch Come Dine With Me. What about your dog, your cat, the goldfish instrumental in helping you through your last break up? Even if it’s in a subtle way we naturally develop a relationship to the objects and animals and plants that inhabit our daily lives.
Without getting too scientific let’s go a little deeper. Essentially everything is made of the same stuff. The iron that’s in the sun is the same kind of iron that’s in your blood. When you eventually sing your last song and are lowered into the earth the atoms in your body will dance on and you will become a petal on a dandelion. Around sixty per cent of our body is water. You could, from a certain perspective, stand by your local river and throw out your arms and shout, brother, what’s the rush?
Animism isn’t exclusive to Indonesia. Ancient indigenous populations over the world practice some form of Animism: North American Indians, Maoris of New Zealand, Celtic Europeans, Africans, Asians, and Latin Americans.
In amongst all these variations of the religion is a powerful connection to the environment. If ten generations of Letfords lived by the same river and that river provided for my family, not like a brother, as a brother, would I be as likely to pollute it?
I was in Sulawesi to attend the fantastic Makassar International Writers festival and take part in an exchange between UK and Indonesian poets. Makassar festival is the first public event I’ve attended to stop providing any form of single-use plastic on site. It’s also the first experience I shared with writers, musicians, a beautiful audience, the grass beneath my feet, the trees by my side, and the ocean.
Previous Next