Author of The Pact We Made, AlAmmar, on her experience of the Charleston Literary Festival 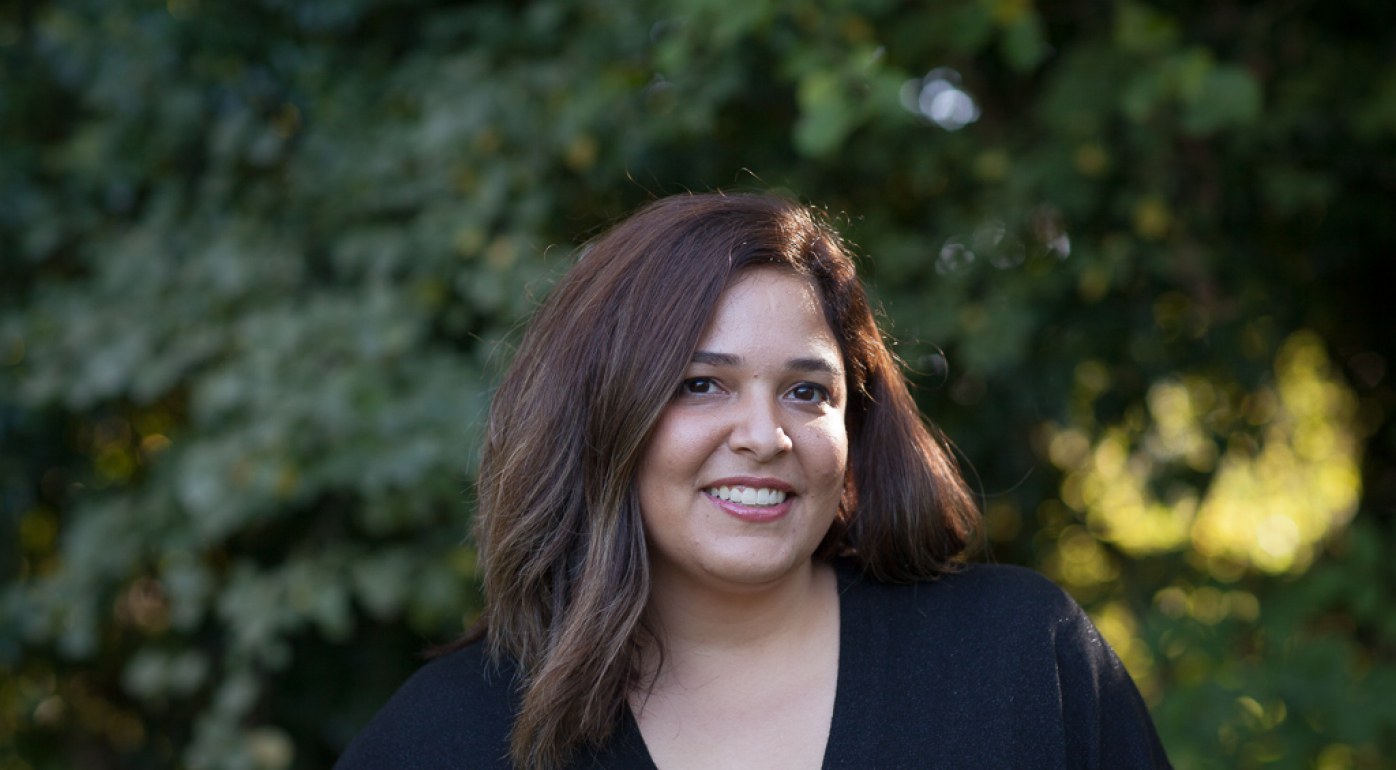 In my debut novel, The Pact We Made, the main character, Dahlia, is saddled with a demon, a malevolent creature of Arabian folklore. He comes in the night—a weight on your chest, a vise on your lungs, a pressure on your heart. Hooking sharp talons between your ribs, he squeezes you like an accordion. He is a profound terror, a black hole, a certainty of impending death. Science calls the experience Sleep Paralysis, but we in the Arab world know him as the yathoom.

Dahlia suffers from one, as I have off and on for years. And like others in such situations, she thinks she’s alone in her suffering until one day standing in a museum she comes face to face with Henri Fuseli’s The Nightmare. Here, Dahlia, for the first time, comes to a realization one would hope all people would come to, which is that we are all connected. In the book, she feels...

“... for the first time, the unbroken thread of history. For the first time, I felt like I was more than a collection of matter floating in empty space. I felt part of something larger, my experiences no longer my own, but shared with others. I remember staring at it for hours: the woman stretched out on her back, in that position which the yathoom finds so inviting; the wide-eyed incubus, that demon, mounted on her ribs; her hand droops, lifeless, to the floor. He’s killing her. Every night, he kills her.”

It was a case of Creative Writing 101, a case of write what you know. Not much in the novel, despite what people will think, is drawn from my own life, but how Dahlia’s anxiety manifests itself does have some correlation with my experiences. I put her in a museum, but my own moment of realization was much more mundane. I’d gone down a Wikipedia rabbit-hole of art one day—I often find myself going down internet rabbit-holes—and came across Fuseli’s work. Seeing The Nightmare, I was thrown into an uneasy quiet. Here was this Anglo-Swiss, an ordained priest, from the late 18th century (which is about as far away as one could get from my reality as a half Arab/half American woman living in modern-day Kuwait), and he’d managed to capture, in one image, what I had felt on more nights than I can remember. The uncaring weight on the chest, the featureless eyes in the dark, the draping of oneself at the wrong end of the bed (in what can be nothing but an effort to confound the demon), it was all there. It was a message from 1781, one that had traveled 237 years to tell me I wasn’t alone.

I came to Charleston looking for connections.

It’s what writers (artists, in general) do, search out those elements that bind us to one another. We look for ways into a new perspective, a crack to wedge ourselves into, something to break apart and put back together. That’s what life is, after all, a breaking apart and putting back together of things—careers, relationships, selves. Our concerns center around such inquiries as: How did we come to be? Why are we here? How are we meant to be with each other? What is it all for?

We bear witness to what it means to be human. We are observers first: of people and places, of cultures and rituals, of days and nights and minutes and hours. We see the woman on the bus contemplating the non-identity of motherhood or the lovers kissing noisily in their seats. We hear the drunken men laughing at their own stupid jokes outside the pub. We sit with the old woman on the bench while she spins out the story of her life like yarn on a loom. We learn the enduring sadness and ecstatic highs of what it means to be human.

We also learn what it means to be inhuman.

Six-year-olds shot in their classrooms. Jailed writers and murdered journalists. Men locking up girls in sheds for untold years. The legislation of identities and bodies. The desperate turned back at borders, arrested at borders, shot at and spat on at borders. Children in cages. Black people shot for the crime of being black. Animals hunted as though we had a surplus of them. Proxy wars where the number of dead has crossed a threshold after which the mind can no longer conceive of them as real people.

To quote Libyan poet, Khaled Mattawa, from Fifty April Years, it is,

‘as if the world had stopped calling,

as if we had emerged

from the whirlpool of its demands

with a wild mixture of cowardice

and courage to say unto others

We are a mystery to ourselves.

Humans spend their lives delineating themselves and the world around them, forging identities and religions and nations, constructing imaginary borders, building and tearing down walls—where do you end and I begin?—as though the world were nothing more than a set of neatly-labeled pigeonholes for us to slot ourselves into.

The world is a frightening place. Smaller now, and perhaps all the more frightening for it. The internet, social media, ease of travel, they’ve all made it so that it feels as though we are occupying a tighter and tighter area on this little rock hurtling through space. Yes, it’s great that I can find some obscure artist in Brazil at the click of a few keys, and I can stream a Beck concert as it’s happening, and I can follow my favorite writers and see what they’re thinking every day. But it also sometimes feels as though we’re trapped in this tiny room with screens on every wall screaming the world’s tragedies at us all the time. We become desensitized to it, feel powerless against it, scroll past it to the next story.

I channel it into fiction. Frustrated by the limitations and hypocrisies of my society, I attempted to work through them in The Pact We Made. Heartbroken by the war in Syria, disgusted by the rise of Islamophobic/xenophobic rhetoric, and horrified by the refugee crisis, these elements form the central axis around which the second book I wrote pivots. In fiction I can find some resolution to seemingly insurmountable problems. I can address issues no longer (or never) spoken of.

It’s the purview of fiction, to hold a mirror up to society, to the world, showing its failures and realities. It provides the means to view all the fragmented intricacies of life from a multitude of angles. It creates in the mind the capacity to hold opposing thoughts while retaining, as Fitzgerald said, the ability to function. It is, in short, a conduit of, and for, empathy.

I came to Charleston looking for an eradication.

Home and haunt of key members of the Bloomsbury set, Duncan Grant, Clive and Vanessa Bell (sister of Virginia Woolf) settled here to escape society and the war. I came for an escape of my own, to walk their gardens, breathe their air, and see the world through their windows. This is where they lived and loved and wrote and painted and threw themselves into as many shapes as they could conceive of—all of it done without malice, without judgment, without fear.

What I found was a place distinctly unbordered, a place with no lines in the sand, a place unstuck in time and space—where Orlando, ninety-years-old now, still gamboled across the downs like some Shakespearean sprite, where Zanele Muholi’s series of Faces and Phases of black LGBTQIA+ lives in South Africa could sit comfortably beside Bell and Grant’s 1932 collection of dinner plates depicting notable women, from the Queen of Sheba to Emily Brontë. Here, Sylvia Plath could, for one night, return from the dead to let a hushed audience in on an unhappy marriage. It is a place for writers, artists, poets, and great minds to sit around a kitchen table discussing narrative and publishing and censorship and the frustrations of academia, and where I, a Kuwaiti author, could trudge across yellowed fields (with only a map to guide me) to a tiny village where the largest concern revolves around a newly-installed and deeply unpopular traffic light.

It’s a place of magic, whose ethos I wish I could bottle and export.

In lieu of that we could construct little Charlestons of the mind. Little rooms of our own where we approach the world through lenses of plurality, tolerance, and humanity. In Kuwait, already, there are pockets of Charleston, private spaces where there is freedom to be and think. But I’m reminded always that it’s not enough. It’s not enough until the 4,500-plus books that have been banned in Kuwait in the last five years are unbanned. It’s not enough until everyone, regardless of gender or sexuality or religious affiliation, enjoys civil liberties. It’s not enough until we can say what we want without the prickle of fear that maybe we’ve crossed a line we never knew existed. We have a moral obligation to fight suppression, to resist assaults on our intellectual freedom, to live and breathe our principles so as not to be dragged into battles that have already been fought.

I carry Charleston with me. It’s a part of me now—a dream, a comfort, an answer.