September is upon us, with its attendant feeling of a new school term. The Literature team share what they've been reading this month. 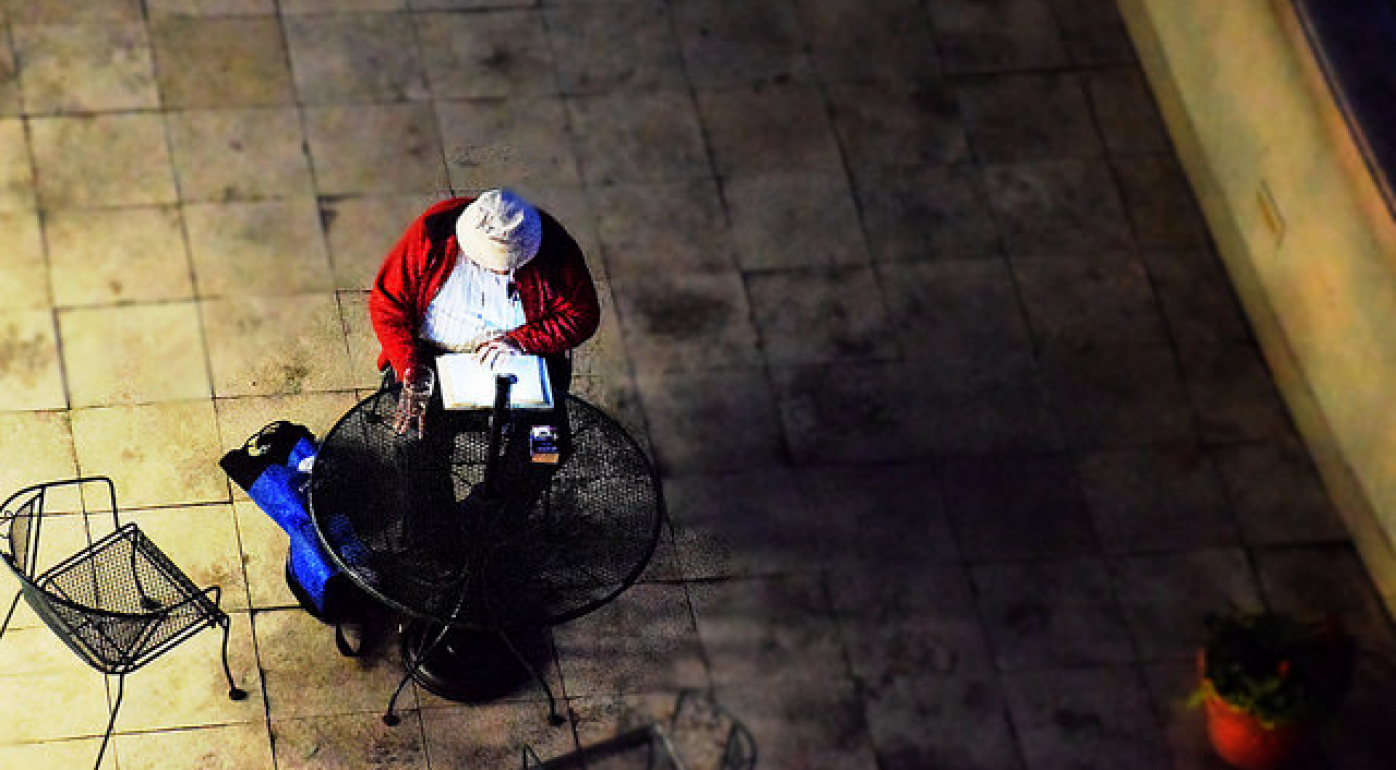 Photo by VW Nincic
Living a Feminist Life by Sara Ahmed
I’m currently reading Sara Ahmed’s Living a Feminist Life, having finished another book of hers, Queer Phenomenology, earlier this year. Reading these has been like having someone gut-renovate the inside of my head: various walls are still standing, but everything is different. Things I had dimly perceived but never expressed to myself, things I knew I needed to define more clearly, and things I had never considered before, all now seem both obvious and necessary. To read Ahmed is also to read along with her, to re-enter novels like Mrs Dalloway and The Mill on the Floss with a feminist toolkit in-hand, and to accompany her thoughtful tone – complex without being confusing – as she explores and interrogates her subject matter until she reaches a new and vital understanding.
Swithun Cooper,  Research and Information Manager, Literature
An Unnecessary Woman by Rabih Alameddine and The Silence of the Girls by Pat Barker
I've just finished Rabih Alameddine's beautiful, meditative, strange and fascinating book about translation, literature and the Lebanese civil war. It charts the life of Aaliya Saleh, a wonderfully complex character, who lives in Beirut and translates her favourite books into Arabic – just for the intellectual exercise. The whole story is told in Aaliya's voice, and it's refreshing to read a book in which the (female) protagonist is crotchety, anti-social and often amusingly rude. Alameddine's writing is captivating enough to whisk the reader through Aaliya's story, and she paints a vibrant picture of Beirut before, during and after the war.

I absolutely loved the Regeneration Trilogy, Pat Barker's novels about WW1 featuring poets Siegfried Sassoon and Wilfred Owen as characters. I've been eagerly anticipating her new novel, The Silence of the Girls, which re-tells parts of The Illiad from the point of view of Briseis, the woman "awarded" to Achilles as a war-prize and then fought over by Achilles and Agamemnon. I'm all for feminist re-tellings of very male stories, but, as with Margaret Atwood's The Penelopiad, Barker's reimagining didn't quite land for me.
Eleanor Turney, Communications Manager, Literature
Little Fires Everywhere by Celeste Ng and The Distance Between Us by Renato Cisneros
I am reading Little Fires Everywhere by Celeste Ng, a story about living in a small town that’s been designed to be perfect, down to the last detail, and how people don’t always fit in with design. It’s a bit of a page turner, with a sense of discomfort coming through even in the early stages.

I’m also reading The Distance Between Us by Renato Cisneros, translated by Fionn Petch, and published by the brilliant Charco Press. The book is a family saga set across Latin America; a son tries to understand his relationship with his father, and in doing so tells a universal story of how we become ourselves, both in opposition to and indelibly influenced by our parents.
Harriet Williams, Literature Programme Manager
Normal People by Sally Rooney
second novel by award-winning Irish novelist Sally Rooney tells the tale of Marianne and Connell, and their on-off relationship. Critics have described Rooney as the voice of Millennials, and her previous novel, Conversations with Friends, looked at friendship, love and relationships, and incorporated digital exchanges and social media as a device in the storytelling. Having enjoyed her first book, I was keen to get started on the second, and I was captivated by the extract of Normal People included in the recent edition of Granta magazine, Generic Love Story. Marianne and Connell were so immediate and accessible – and I was desperate to read more. The novel proved as engaging as the extract promised.
Marianne and Connell attend the same school, and cross paths when Connell collects his mum from her cleaning job at Marianne’s house. They begin a relationship that is intense and genuine in private, but which they do not disclose outside, because Marianne is ostracised at school and Connell is worried about what others might think. They go on to university in Dublin together, where the tables are turned, and Marianne becomes popular and accepted, and Connell struggles to find his place in the social hierarchy. Sally Rooney is a master of dialogue – she captures so well the gaps between what Connell and Marianne are saying to each other and what they mean to say, and the implications of the misunderstandings. The story is dark in parts, for example when it looks at social inequality and the impact of abuse, but I came away with a feeling of hopefulness. Overall this is a gripping and enjoyable read by a hugely talented emerging author, and a worthy inclusion on the Man Booker longlist.
Sinead Russell, Senior Literature Programme Manager
Previous Next