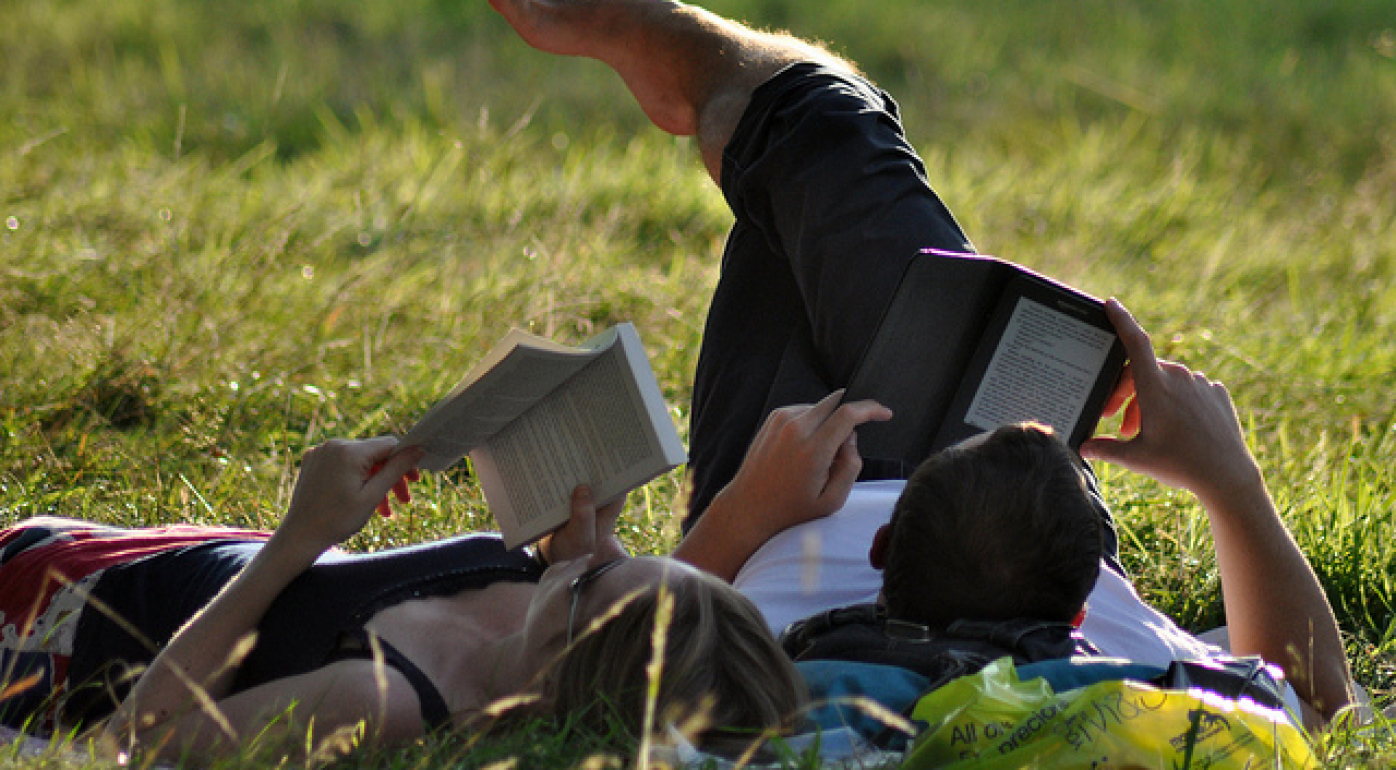 The UK heatwave shows no signs of abating, so what better way to relax than with a cold drink and a good book? Here's what the Literature team has been reading this month...

This month I’ve enjoyed Weeds and Wild Flowers, a collection of poetry by Alice Oswald, interspersed with etchings by the artist Jessica Greenman. It won Oswald the Ted Hughes Award for New Work in Poetry in 2009. The poet is a trained gardener, and rather than a dedication to the beauty or visual effect of the flowers, Oswald gives them personalities so, to me, they become a motley crew of wild characters, many of whom reside in my garden. They include the Rambling Rose who “could be any woman at all,/ caught off-guard on-guard. /With her hands stroking or strangling and maybe/with her intentions half interred”, the poor Hairy Bittercress – “the way she weeps is so creepy-strong /in her tumbler of gin” – and, my favourite, the Bastard Toadflux: “Ponderous, obstinate, cold-skinned person. Very swollen eyes. Gets fidgets often.” The etchings run throughout the collection like beautiful black and white botanical mug shots, allowing the reader to consider form and structure against the wild personalities of the flowers described.
Rachel Stevens, Senior Literature Programme Manager

My Year of Rest and Relaxation, Ottessa Moshfegh

Manhattan, in the year 2000: the American dream has become synonymous with the quest to be richer, thinner and crueller than your neighbours, and anyone depressed by the pursuit of this goal takes prescription pills until they’re determined to be rich, thin and cruel again. This is the world from which the narrator of Ottessa Moshfegh’s My Year of Rest and Relaxation longs to escape. She also wants to be free of her job, her on-off relationship, her equally lost friend Reva, and the thought of her dead parents’ house upstate. And so, quite logically, she resolves to sleep for a year. She drinks NyQuil, swallows Ambien, watches Whoopi Goldberg films, and naps on her couch – or tries to, when the reality of her existence doesn’t come crashing in either mentally or physically. While initially the novel is told with a detached coolness that verges on cold, the question of how to escape the prison of your life is always intertwined with the black comedy, giving it a gripping sense of urgency.
Swithun Cooper, Research and Information Manager Literature 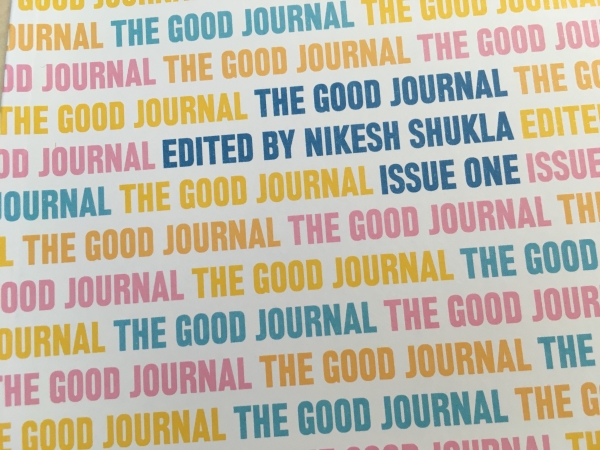 A follow-up to the hugely successful The Good Immigrant, The Good Journal is a selection of essays, fiction and poetry by British writers of colour. As Shukla points out in his introduction, writers of colour are often marginalised in British publishing, and this collection is partly a response. As a south east Londoner, I particularly enjoyed Caleb Femi’s poem about Peckham; Daniellé Dash’s conversational tone belies the anger and power of her essay about London, slavery and Black Panther; and Latifa Akay’s piece about hair removal is extremely well-observed. The most striking thing about this book, though, is the range – which is the point. While The Good Immigrant charted a variety of immigrant experiences and lives, The Good Journal (and this is only issue one) illustrates the breadth of writing and the talent on offer from British writers of colour. I’m looking forward to volume two.
Eleanor Turney, Communications Manager, Literature

This is undeniably a fantasy book, but Ahmed Saadawi takes Mary Shelley’s theme and uses it as a frame for an extraordinary account of day-to-day life in post-invasion Baghdad. It is shocking, stomach-churning and surreal, but also very funny and rooted in some strange version of normality. It was a deserved winner of the International Prize for Arabic Fiction and – in a wonderful translation by Jonathan Wright – shortlisted title for the International Man Booker Prize.

A mighty but easily digestible work that carries you with it as it paints a picture of Britain over 90 years through the private voices of writers, politicians, civil servants and socialites, including Virginia Woolf and Vera Brittain, Cecil Beaton and Brian Eno, Roy Strong and Tony Benn. There is the fascination of looking with hindsight through the eyes of those who didn’t have the benefit of knowing what the future would bring and also the delight of getting to know new voices – Harold Nicolson is not a writer I know well, but will certainly catch-up on after this. Many of these writers were also remarkably prescient and, sadly, concerned about many things that are concerning us today. I hope that, as well as tweeting, our public figures are also confiding their private voices to diaries. It would be sad to think that this might be the last such collection of thoughts unfettered by the dangers of social media.
Cortina Butler, Director Literature