Unwritten Poems – whose voice am I hearing?

Vladimir Lucien, one of the poets involved in the Unwritten Poems project, talks about finding a human story to tell, his fascination with the weather and the nature of Caribbean participation in European wars 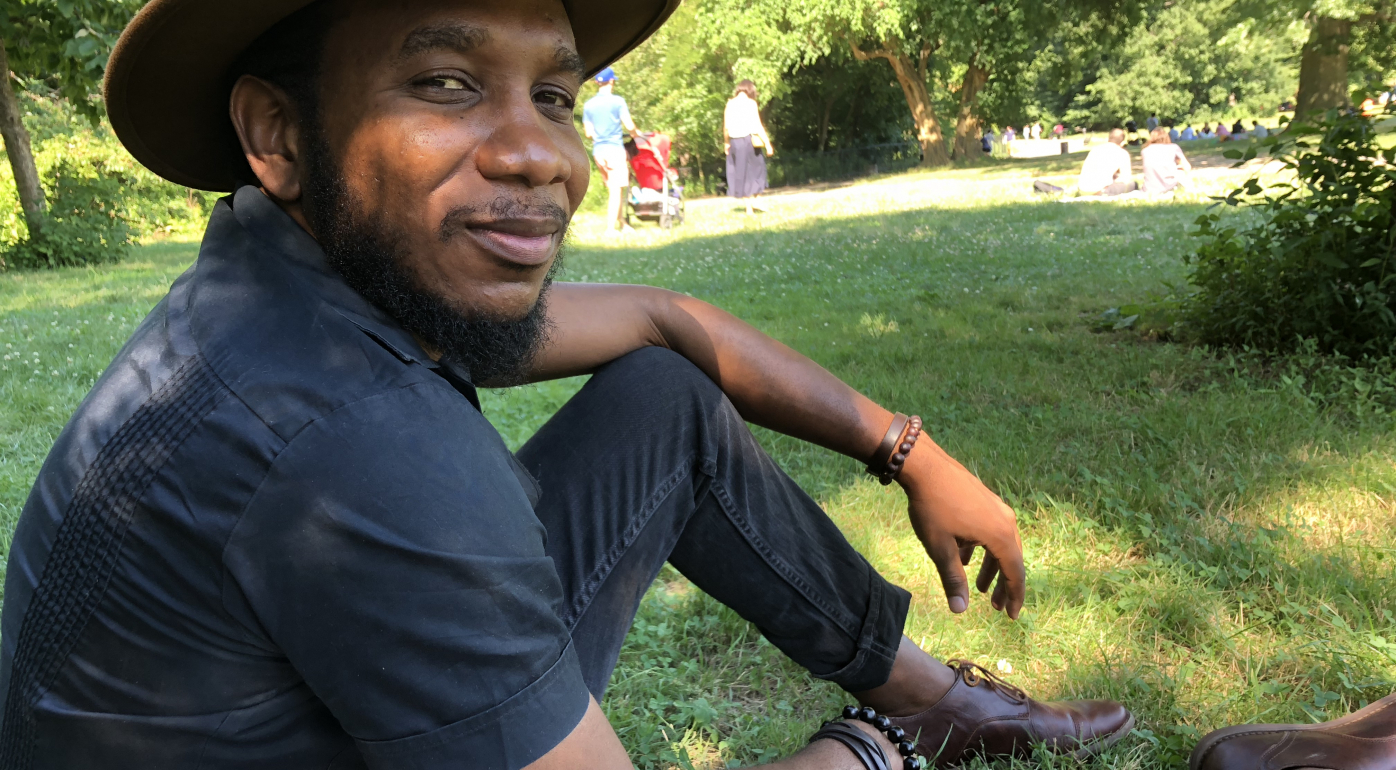 From the outset, I thought it was a very interesting project, trying to fill a kind of lacuna in the history as it’s told, which is something that we constantly have to do in the Caribbean. It’s a space that Caribbean poets and artists tend to have to occupy, almost, because of the nature of our relationship with the histories that represent dominant discourses in the present.

Because of the political nature of writing or re-writing history, I immediately put my guards up. Not in terms of the project, but in terms of my own creative approach about what I would be doing – even before I go to the archive. I wanted to avoid any polemical angle, because ultimately I think, especially in the case of war, it’s important to get human stories. That, in and of itself, helps to fight the idealogical ideals that fuel war.

I wanted to avoid any polemical angle, because ultimately I think, especially in the case of war, it’s important to get human stories

The nature of Caribbean participation in European wars wasn’t new to me. I didn’t know so much about our involvement, though, I just knew we were involved. My grandfather was actually enlisted somehow in the British army, but he never went off to war – he served within the Caribbean. I was more aware of the more recent West Indian participation, in the Second World War, but the nature of it doesn’t really change – the ambiguous relationship of persons from the Caribbean to the war. I guess, in a way it was both new and not new for me.

When I think of ‘unwritten’ from a creative standpoint, I’m always trying to avoid a stock script or a subtext. I am writing the West Indian in, but I am also writing about a full human being; I’m not trying to write him as a pawn in any sort of polemical or tendencious approach to that human phenomenon that we’re looking at: war.

The West Indies served a purpose for Britain, when undesirable were sent here, and similarly, Britain served a purpose for some people here – guys who were proud to go to war as an actualisation of their manhood. They weren’t using the British, per se, but that’s how complex the entire thing is; without any political or idealogical investment in the war, it becomes part of the rights of passage of manhood at that time. I found that very interesting.

When I think of writing stories within history, I usually try to get a very, very personal story, rather than a hollow political figure or archetype. I was interested in real human beings. All of my poems ended up in voices – I didn’t write about people but rather from their perspective and with their voice. I’m interested in whatever contradictions that may bring up, the little foibles and frailties of human beings that consciously or unconsciously come to the surface.

When I think of writing stories within history, I usually try to get a very, very personal story, rather than a hollow political figure or archetype

Accounts in the archive privilege particular activities and perspectives. That was somewhat of a challenge because I wanted to get into the voices. One is not entirely constrained by not having lived there or knowing all the minutiae of existence at that time – there’s a human aspect that you can understand – but it’s always a challenge to find a voice that rings true. There’s a difficulty in deciding who is going to speak, going into the archive and asking, whose voice am I hearing, and how am I going to express that, and constantly assessing my fidelity to the voice that came to me. I’m not trying to mystify the process, but essentially you wait for a voice to come to you for that representation of someone of that time. It’s almost a tribute, bringing them back to life.

I was looking at the different major events in which members of the West Indian regiment were involved. The one that caught my attention was the Halifax Incident. [In March 1916, the SS Verdala, transporting men from the British West Indian Regiment to the UK, was diverted into a blizzard near Halifax, Canada, to avoid German warships. As a result of inadequate equipment, more than 600 men suffered from exposure and frostbite, 106 men required amputations and at least five men died.]

There’s a difficulty in deciding who is going to speak, going into the archive and asking, whose voice am I hearing?

There was an irony that they were not actually in the war, but yet they were dying. That captured for me on an almost metaphysical level the way the spirit of war stretched its arm over to where there wasn’t an enemy, in human form. The same result came about for the guys at the Front in Europe and the guys in Halifax – they were all freezing. They were not treated well. They got the same treatment from the weather that some people said they got from the Europeans. I found that ironic and interesting.

Also, I have a fascination with the way that weather is able to be an externalisation of the inner self, not necessarily deliberately. It helps if you’re grieving to be in a place with snow, at least from my Caribbean perspective, or a place where it’s raining, or something like that. Somehow, from personal predilections as well as what I felt that that particular experience denoted about the spirit of war, it gave me an escape from having to deal directly wth the temptation of ready-made responses.

There’s a ready-made response to the West Indian in relation to the British, and it means we are sometimes unable to inhabit the interstices of human relations, where interesting and unpredictable things happen that complicate things. So even though there was a coloniser/colony relationship between Britain and the West Indies, I think human relations are a lot more nuanced, and we ought to think about them. Vladimir Lucien as poet is much more interested in the interstices. I think the weather and what it suggested about the neglect, without having to capture the people neglecting them, interested me a whole lot more than some of the other approaches. I’m sure some of the other poets will have taken some of these approaches and they will have come out beautifully, with beautiful poems!

Unwritten Poems is part of 14-18 Now’s First World War centenary commissions and is a partnership project with BBC Contains Strong Language, the British Council, Nine Arches and Wrecking Ball Press. It asks Caribbean and Caribbean diaspora poets to respond to the Caribbean engagement in the First World War, and in so doing to think about what it means to be made invisible within a larger international collective memory of that event. Vladimir Lucien was speaking to Eleanor Turney.

As the world commemorates the centenary of the Armistice that brought the First World War to an end, the British Council is participating in Remembrance and exploring the role of culture in conflict resolution and peacebuilding today.  https://www.britishcouncil.org/working-towards-peace.