Unwritten Poems – "there are more stories to tell"

Jay John talks to Eleanor Turney about the erasure of West Indian contributions to World War One, the importance of telling untold stories and how the global narrative had shifted since 1918 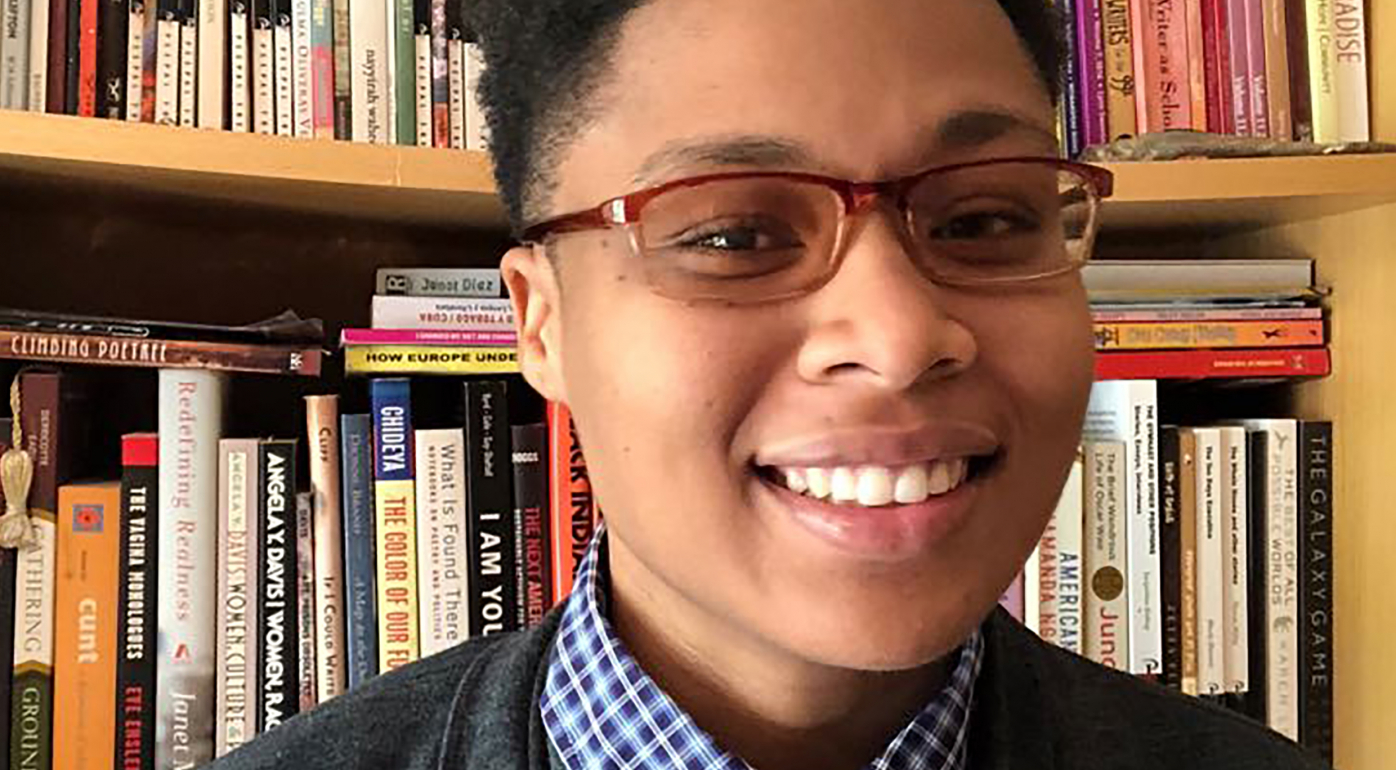 I couldn’t wait to be part of the project, to delve into the research and to discover things that I wouldn’t have known beforehand. We all go to school and learn world history, but there’s never this sort of emphasis on our specific participation and the ways in which people from the West Indies showed up. That meant a lot to me.

I feel very strongly about the erasure and dismissal of brown and black folks and their contributions. I felt very connected to this emphasis on the British West Indian regiment and their participation in the First World War, and bringing those stories to light.

...there’s never this sort of emphasis on our specific participation and the ways in which people from the West Indies showed up

I knew the bare minimum – I knew what everyone knows about World War One: the major participating parties with a primarily European focus. I didn’t know there was a regiment that came specifically from the West Indies. I had no idea that there was this thing where we had to actually make a case about how capable we were of fighting, and how black and brown men basically begged to show up and support the war, and to fight for the Queen and all of that. There was a lot of performance of that hyper-masculine ‘look at what I can do, look at what I can do to prove my value’. I just didn’t know the extent to which people toiled to go and die, essentially.

There’s a black woman from Trinidad called Audrey Jeffers, and she’s really well known here – there’s a highway named after her. But it also turns out that while going to school in Oxford, took it upon herself to start a fund for troops. She did all of this at 16 – this is not something that is known about here. So I took a very special interest in her because while all of the documentaries and a lot of the archives documented men, and men’s work and contributions, the people most dismissed and erased are black women. Women weren’t recruited, but there Audrey Jeffers was, entirely out of place, being instrumental to this situation. She was not invited to participate, no-one thought anything of her, but she did incredible work. I have a very special piece in my suite of poems dedicated to Audrey Jeffers.

the people most dismissed and erased are black women

I don’t think I can emphasise the importance of telling these stories enough. I feel like, ultimately, representation is a huge thing, and with huge world events like WW1, what comes to mind are white Europeans fighting for power. It’s never the black and brown folks who fought and were casualties, never the folks on the African coast, or from the West Indies. Without this information, we don’t realise how instrumental we were to these events.

I feel like telling these stories sort of re-centres us all and reminds us just how powerful we are, despite being a tiny region. It’s incredibly important to tell these stories, to give credit and to acknowledge folks who were integral to these events, and who have received no awards or medals or acknowledgement of their efforts and what they sacrificed. They went back home without acknowledgement.

I don’t think I can emphasise the importance of telling these stories enough.

I’ve focused on Audrey Jeffers, who I first encountered watching a web series called West Indies at War, and in this mini-doc there’s a very short mention of her. Even the way she’s acknowledged ij the documentary isn’t real acknowledgement, so it took me two months to find any additional information because her contributions are not well documented.

The other thing I focused on was the Battle of the Somme. Up until that point, the West Indian troops were essentially just auxiliary staff, but at the Somme there were such heavy losses that they were finally sent into battle. Tonnes of them died. And for me, that indicated how disposable they were. They weren’t regarded as full people, and that really resonated with me in the sense that not much has changed – black and brown folks are still dismissed and relegated. It’s not quite as overt any more but it still occurs.

I focused on places where that erasure was very evident. I spent a lot of time in archives, looking for any bits of information and trying to connect with these people on a personal level. There are recordings of people reading letters, for example; I listened to a lot of those to get into the spirit of the time and understand what their experience of this time was.

...black and brown folks are still dismissed and relegated

Everything that happened post-World War War shaped the global narrative and there are these tidbits of information that we never received about our own people. I’m really looking forward to hearing other untold stories in Hull – it’s super exciting. I’m hoping to come back with a renewed sense of our ability to acknowledge the unacknowledged. This could be the beginning – there are other untold stories that exist, and that are deserving of unwrapping and telling. There are more stories to tell and we should tell them.