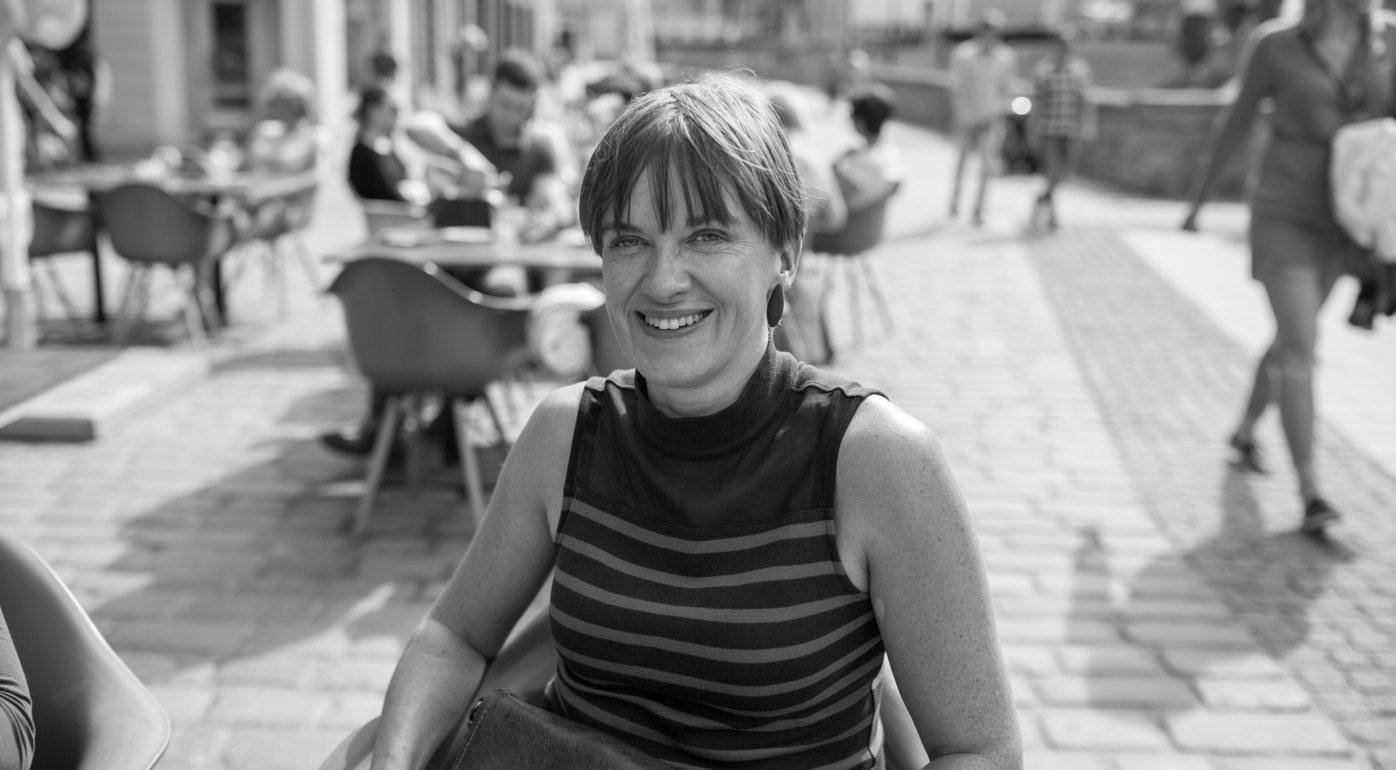 Although it took me a while before I started publishing poems and fiction, a creative career had seemed to me something inescapable from an early age. My sisters and I spent a lot of time around creative people, as my mother is a writer and my father was a composer. Building worlds with words, sounds or images was what one was ultimately supposed to do; the only meaningful and satisfying way to live one's life. That was a preconditioned mind-set that I couldn't get rid of. On the other hand, it all made me very critical towards myself, as I'd seen so much irony and criticism of artworks at an early age.

For a while, I was translating others, until these translations became the trigger for me to start writing and publishing myself – I felt an urge to compete with and beat these authors I had, so far, only translated.

My writing is about contemporary life and its predicaments, ideological conflicts, angst, obsessions. To me it seems the right thing to do: to give an account of what is going on right now. My protagonists are middle class Estonians, usually the field of art or academia; ambitious, obnoxious, sometimes compassionate, aspiring something, getting pissed off, struggling with conscience. Since an early age I've been in love with modernist angst and urban solitude, and it's difficult to get out of that regime.

I mostly use female protagonists, although they are often presented gender-neutrally, so some translators have turned them into men, using male personal pronouns (in Finno-Ugric languages there's no gender). A “gender-neutral” woman is something that comes quite naturally to me, but now I feel that in an unplanned way it's also my agenda: the woman is not a “marked member”, but a default human being.

First and foremost it's the fact that it continues to be written and that people continue to want to become writers. At the moment there are more authors than ever before, and there's a multiplicity of topics and styles.

On a more administrative side: What is laudable are the public means of support for the authors in Estonia: the “writer's salary” (paid by the state, calculated on the basis of the previous year's average salary) for 12 writers; annual grants of the Cultural Endowment for about 45 writers. Another pleasant feature of the Estonian literary scene is the fact that self-publishing is not considered to be a bad thing. There's no snobbery about prestigious publishing houses, so the authors who are venturous enough to publish themselves don't just receive the royalties, but the total from the sales (minus taxes).

Ene Mihkelson (1944–2017): she wrote about historical traumas (partly based on her own experience) and was a master of creating a fascinatingly bleak atmosphere, but when she was younger she bore a certain physical resemblance to A. S. Byatt.

Hasso Krull (1964): a fine poet of surprising imagery and thought associations. In a certain sense he could be compared to poets like Mark Ford or (the Irish) Paul Muldoon.

Kalju Kruusa (1973): a poet who started out as a smart, decadent impressionist, continued to dissect the language semantically and etymologically, and then, after some tough periods, arrived at an outspoken social criticism and directness. But he still continues to seriously play with language, having a warm and human touch to it. It's tempting to compare him to contemporary Japanese poets that he has translated, but I guess there might be some English language counterparts as well. Conceptual poetry meets Dennis O'Driscoll and the sweetness of Mark Strand?

Peeter Sauter (1962): a natural born Estonian beatnik. By topics (a man drinking, obsessed to get laid, musing on his potency, loafing about aimlessly), his writing could be considered lad literature and compared to Nicholas Hornby, but Sauter is much less sweet.

At the age of 8, it was Conan Doyle's stories and encyclopaedias. At 10, it was probably Helen McCloy's Two Thirds of a Ghost: a thrilling story, but not less important was the setting in the 1950s America, as crime fiction was an important source of getting a glimpse of Western everyday life. I loved the end where the murderer regrets that even his last words have to be a cliché. I was fascinated by the bad guy's ironic arrogance.

At 12, it was an anthology of American science fiction translated into Estonian: that book, containing works by Simak, Bradbury, Heinlein and others formed an important basis for my relativist world view. I guess science fiction introduced to me several ethical questions.

At 26, it was maybe Richard Rorty's Contingency, Irony and Solidarity.

And for a long time, it's been Enzensberger's Der Untergang der Titanic which I have also translated into Estonian.

I guess since I started writing myself I read more like a thief of intellectual property or a supply manager: with an intention to find inspiration for my tone, or to steal ways of handling images, ideas, new structures, etc.

What is the position of a strong female writer in Estonia?

A strong female writer sounds good, and if the question implies that I should be one, I'm flattered. Female writers in Estonia are sometimes loved by the general audience when there's something traditionally ‘feminine’ in the way they look or express themselves, but then, some despise them even (or especially) for that. The Estonian ‘gender-scape’ is still generally conservative and, for a big part of our audience, phenomena like feminism still needs to be de-demonized. This unfortunate situation has historical roots, as there was no feminism in Soviet Estonia: under the façade of women's emancipation the gender roles were quite traditional. So in Estonian literature there are not so many strong female protagonists.

So I feel that for a responsible female author it's quite essential to stand up for gender equality and other minority rights in public – after all, an author is always a public person.

In my fiction, though, I try not to be propagandistic. It's important not to fall into clichés (a victimised woman, or the opposite, a superwoman against the backdrop of emasculated men). I want to let my women protagonists be as natural, i.e., as obsessed, arrogant, obtuse and sex-driven as male protagonists are allowed to be. As I mentioned before, the instinctive solution for me is a ‘gender-neutral’ woman.

You have translated many important cultural texts into Estonian. Can you name any Estonian authors and thinkers who have strongly contributed to the European culture?

I'm afraid our authors and thinkers would still need more translations and a lot of efficient promotion to give them the opportunity to contribute strongly. People who write in a (relatively) small language have to take a long journey to get into the focus of international attention.

We see that Žižek, whose international contribution is conspicuous and un-debatable, writes in English, and not in Slovenian. Of course I'm not implying that Estonian authors or thinkers should start writing in bigger languages, as this would lead to a loss in linguistic and cultural diversity on a larger scale. It's just that we have to get noticed (after all, Icelandic is a much smaller language), but it's also a very individual thing. Serious writers probably wouldn't like to be marketed as some exotic animals from an exotic place.

There are some internationally renowned scientists like the Estonian-Canadian experimental psychologist Endel Tulving. Authors' names that would come up in an international conversation whenever Estonia is mentioned are usually Jaan Kross and Jaan Kaplinski (maybe it's auspicious to be called Jaan). The former is famous for his historical novels about this area, and the latter mostly for his poetry which was considered ‘dissidentish’ in the Soviet times. In his essays and opinions in the recent years he has become far too conservative to my taste, but his far-fetching ideas about the Finno-Ugric peoples thinking in a peculiar way because of their language could revive an intriguing Whorfian discussion.