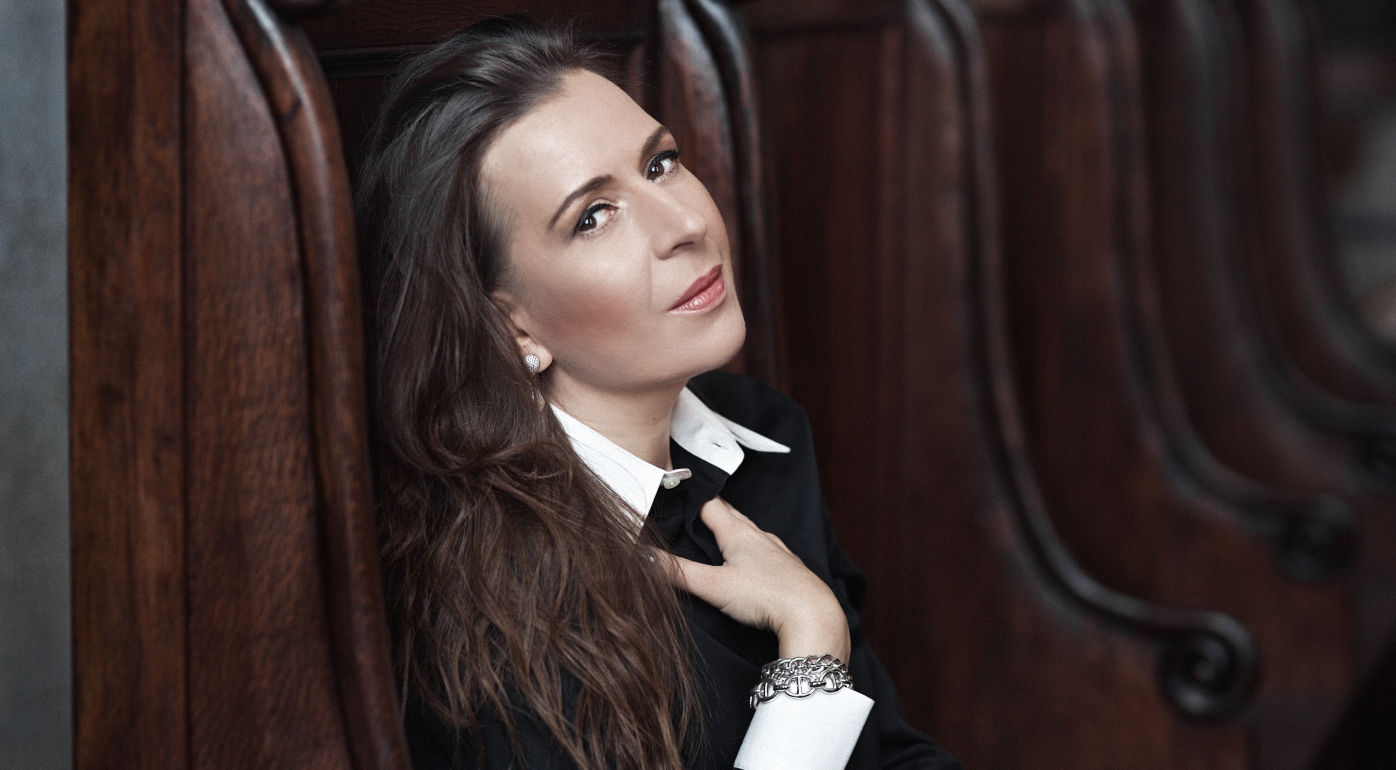 In a way – London. It’s such a creative, vibrant place which makes you feel like the world is your oyster. I have an academic background in history of art and I was working as a foreign correspondent for arts and culture in London, then, at some point, watching how daringly people around me express themselves creatively, how unafraid they were to try new things, I started thinking – maybe this is the time to try and implement an old idea that had been fermenting for more than decade and was inspired by historical sources: that the colourful, multicultural, fascinating, present-day-resonating (but largely unknown) history of the former Polish-Lithuanian empire deserved a contemporary, literary novel.  It was quite a sharp turn for me, as I had never previously tried writing prose. It was the year 2008; I sent the first four chapters and an outline of all four parts to different publishers in Lithuania. They all said 'yes', a sort of informal bidding followed, I chose the best one and that was it... I was inspired by the amazing history of Lithuania, but that nudge to do it and to write a novel was given by the amazing 'you-can-do-it' London vibe.

The sense of empathy is important for a writer. It is a bit like the method acting – you have to get into the head, live in the skin of your characters, whether you write about a woman who has just lost her newborn child, a Holocaust survivor, a man in a mid-life crisis or a girl of sixteen who is taking the nun's habit and sees her locks being shorn off, so experiencing and living on the page with your characters through their most painful and intimate emotions sometimes can be quite emotionally exhausting. Another hard part is to have to stand up and go to collect your child from school when you still have a chapter in your head and could go on writing a further five or more pages. Sounds trivial, but any writer who is a mother would probably recognise this. And I have trouble to come up with the easiest part...

What is exciting about Lithuanian literature at the moment?

It is flourishing; new authors and new themes are emerging. The Lithuanian language and press was banned by the Russian empire during the second half of the 19th century, but we smuggled the Lithuanian books from abroad. We had the Soviet censorship for 50 years in the 20th century, and yet the Lithuanians survived and preserved their language and literature. Now we delight in freedom and in every word, there are no more forbidden subjects or genres, no sacred cows, socially or politically. Yet, because of our past experiences as a nation, we have a certain depth in our literature, mastery of the word and quite a philosophical outlook. We are finally healing our recent historical wounds – by reflecting on them and writing books about them, and I am convinced a lot of these experiences resonate in present times.

I have been working internationally on the Continent for a long time, but – despite that London has been my home for many years now – not yet in Britain, as the British publishing market is notoriously difficult for foreign fiction, especially from smaller countries and languages. In my opinion, British readers are truly missing out. Because of this, I am really excited that the Market Focus is an opportunity to show that there is nothing 'small' about the Lithuanian literature – after all, this is the land that gave to the world Adam Mickiewicz, the Nobel Prize winner Czesław Miłosz, twice Prix-Goncourt winner Romain Gary, and we have Lithuanian authors of world-class calibre, whose prose and poetry was previously considered impenetrable due to the language barrier. Therefore, the Market Focus brings opportunities for translation and attention to a number of fascinating books, which, due to our unique, multicultural, dramatic history at the centre of Europe and its turmoils, would definitely be interesting to the British readers. I would be very curious to hear their feedback, as the critics and the readers here have a truly refined literary taste, and I feel that they would not be disappointed. On a personal and absolutely selfish note – I would be excited to find a suitable British publisher for my Silva Rerum series of novels.

What other Lithuanian writer would you recommend? (And can you think of a UK writer to compare to?)

To start with, I could recommend three world-class novels from the Lithuanian literary canon. The Issa Valley (1955) by Czesław Miłosz, the Lithuanian-born Nobelist, is pure poetry in prose and captures the very soul of the country and its difficult history at the beginning of the 20th century. The Forest of Gods (1945) by Balys Sruoga is another masterpiece, an authentic author's memoir from Stutthof concentration camp. It is a triumph of a free human spirit and black humour. Had it not been banned (and later censored) by the Soviets for several decades after the war, it would definitely have taken its place among the world classics. Vilnius' Poker (1989) by Ričardas Gavelis has been described by international critics as 'Dostoevsky, Orwell, Kafka, Kundera and Bukowski in one'. It is the most authentic, rebellious and ruthless vivisection of the homo sovieticus mentality as well as a violent manifestation of liberty. I recommend these three writers precisely for the reason that they are absolutely unique and there is nothing similar to them (or the experiences they describe) in British literature.

Regardless of country of origin, what's the greatest book you've ever read, and why? (If there is one!)

As a culture historian I must say that the two greatest books are the Bible and the corpus of Greek myths – those two texts are the keys to de-code our whole Western civilisation; its texts, images, its sensitivity and its way of thinking. This is what a Lithuanian shares with a Brit as a common heritage, that is what guides us both at drawing the line between good and the evil; reading the same pages we meet to believe, to repent, to fight our phobias, to seek our ethical and aesthetic ideals. My personal 'the greatest books' list changes with passing years and stages of maturity, but for the last decade I tend to prefer literary fiction written by academics, as there is always so much more to it than just excellent storytelling.