PODCAST: Galle Literary Festival Round up

This British Council Literature podcast was recorded in Sri Lanka at the Fairway Galle Literary Festival in January 2018. Host Georgina Godwin spoke to Sebastian Faulks, Alexander McCall Smith, Shrabani Basu and many more writers and blogged about her experiences. 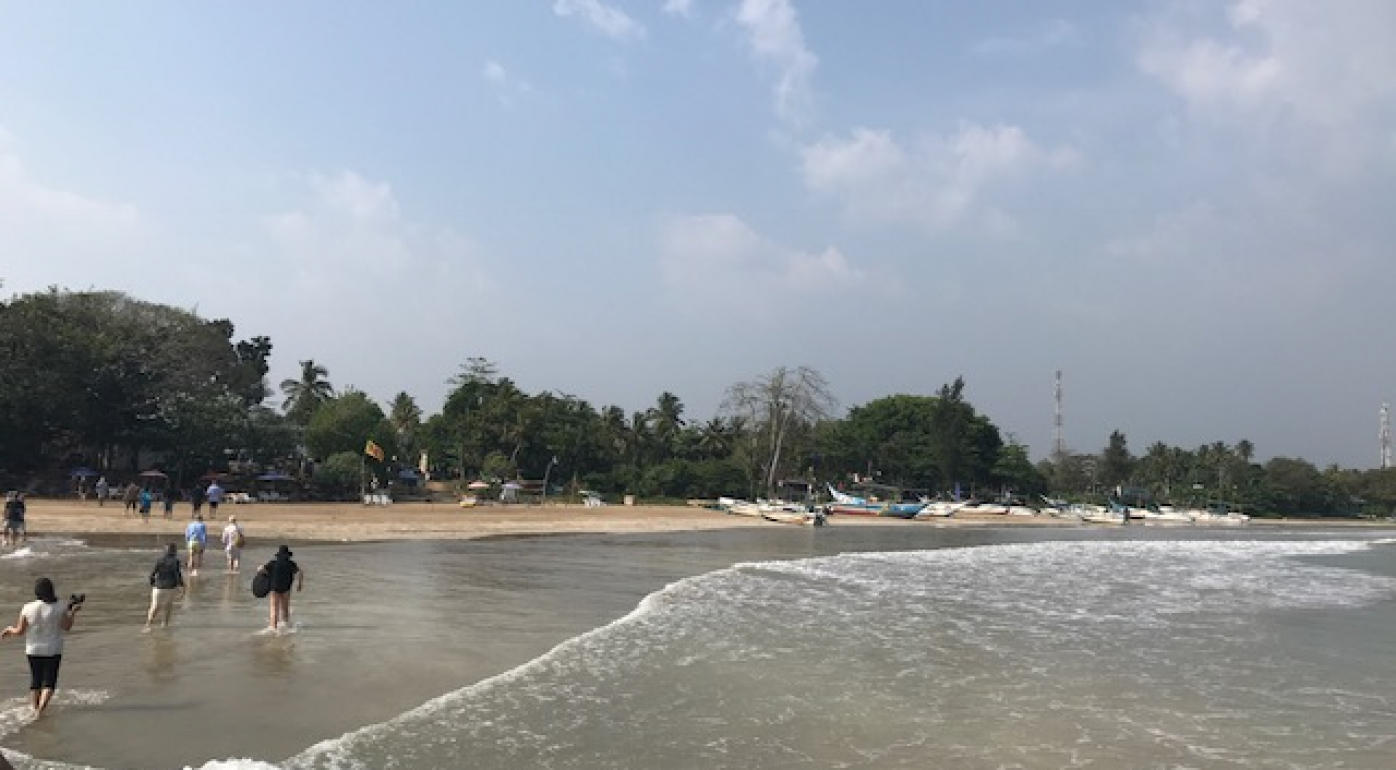 "Something like this festival pushes us kicking and screaming onto the world stage..." Ashok Ferrey, Sri Lankan author

"I wanted it to be a festival of letters... the thing about questioning of perceptions is it leads to greater compassion..." Jill MacDonald, Festival Curator

Diaspora writing, the importance of literary festivals and the sights and sounds of Galle are explored in the latest British Council Literature podcast hosted by Georgina Godwin. This episode was recorded in Sri Lanka at the Fairway Galle Literary Festival, and features interviews with UK writers including Sebastian Faulks & Alexander McCall Smith, as well as two writers from the Sri Lankan diaspora, Nayomi Munaweera & Shankari Chandran. Also featured are Jill Macdonald, curator of the Galle Literary Festival programme, and Gill Caldicott, Director of British Council Sri Lanka. Listen to get an overview of the festival and insights about the 2018 programme from the festival participants.

One doesn’t generally wade to a party, so I was slightly bemused to be told that I should be prepared to roll up my trousers for the opening festivities of the Fairway Galle Literary festival in Sri Lanka. I’d travelled the the beautiful Dutch fort city of Galle, now a UNESCO World Heritage site, for their annual book festival, at the invitation of the festival itself, for which I would be chairing live sessions, and also on behalf of the British Council, in order to record some special editions of the Literature podcast.

The opening party was held on Tabrobane Island, the home of Geoffrey Dobbs the man who founded the festival in 2007. We were dropped off on the beach, and it was slightly surreal to be removing shoes and hiking up skirts in the company of the authors Sebastian Faulks and Justine Picardie as well as an entire jazz band from Bangalore. The tide was out and we gingerly ventured, knee deep to the tiny island and on to the wrap around verandah. Coming back, we waded back through now thigh deep water and I felt a million miles away from the day to day grind of my London work.

But… work is still hard graft wherever you are, though a little easier in the Sri Lankan sunshine. The festival is charmingly chaotic, and I quickly saw that my two live appearances were an underestimate, to say the least. I’d prepared well in advance for the sessions, reading the books the first by British writer, Katherine Norbury.

By utter coincidence - and you wouldn’t believe this if it were fiction - my daughter asked me if her friend could come and stay whilst her mother was travelling… at a time when I’d be away too… and so it was that whilst Kate and I discussed her beautiful memoir- come- travelogue, The Fish Ladder next to the Indian Ocean, our daughters were together back home in London.

The second session was with Shankari Chandran and Nayomi Munaweera both Sri Lankan diaspora writers, and they have each produced books that chart the bloody history of the country and the struggle, particularly by women, to survive.  I was so struck by their stories that I recorded them for our podcast.

I’d also put a lot of thought into the podcast I’d be recording with Laleen Sukhera. She’s a force of nature - a Pakistani journalist and Janeite, she set up the Jane Austen Society of Pakistan. The members meet regularly, holding tea dances in costume and discussing everything from Emma to Pride and Prejudice. Laleen encouraged her members to write short stories based on Austen’s work, and the resulting anthology, Austenistan, is now out. It is easy to see how Regency England of 200 years ago lends itself to modern day Pakistan as we explored in the interview.

My mornings began very early, speed reading, but to the background of a glorious sunrise and the soundtrack of the sea it was no hardship. I barely had time to stop in the day - certainly not for all the lovely lunches the other participants told me they were enjoying, and my evenings were truncated by the need to go back to prepare for the following day.

But it all meant that I came into contact with some extraordinary writers, including legendary film director, Lord David Puttnam who gave a stirring call to arms on climate change, Shrabani Basu who wrote the book on which the hit film Victoria and Abdul is based and Pankaj Mishra, there to talk about his work examining the resurgence of reactionary and right-wing political movements, The Age of Anger.

Ashok Ferrey has been involved with the festival from the beginning - his is an extraordinary story - born in Colombo, he read Maths at Oxford before becoming a builder in London. Now he presents television shows about architecture and writes beautifully observed novels on Sri Lankan society. Amit Chaudhuri  was another author I spoke to - I’m a huge fan of his work and loved the opportunity to discuss his latest book Friend Of My Youth and his recent work in visual art.

On the last day, I stopped for a brief cup of tea with Alexander McCall Smith who is the author of the The Number One Ladies Detective Agency and The Scotland Street series. He was about to present the penultimate session of the festival. I asked him who he would be in conversation with… and it turned out to be me. Luckily, I’m reasonably familiar with his work - and it wouldn’t have mattered, he is such an enormously engaging and generous interviewee. The festival ended on a tremendous high, with Alexander receiving a standing ovation from a cheering crowd. I think at some stage we agreed to co-author a book called the Ladies Number One Dry Cleaning Agency.

Late on the last night everyone went off to the wonderfully named Sun House to hear Dillie Kean of  Fascinating Aida fame, in cabaret. I lasted about half an hour before I had to slope off to bed… what a lightweight! Back in London, people ask me how Sri Lanka was - the beaches, the food and so on - and I have to honestly say, I don’t know. But the literature is really interesting, and the people are wonderful.