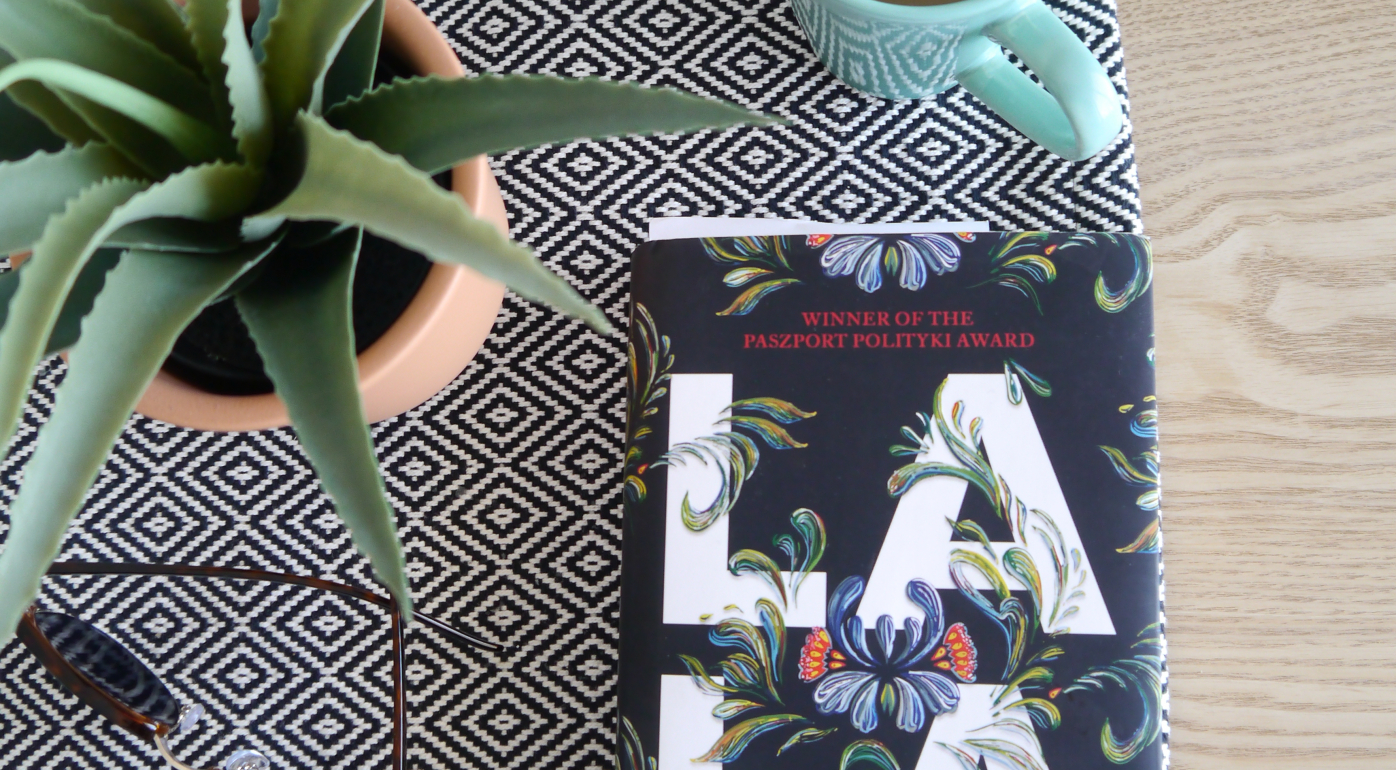 In this, the hottest of summers, the British Council Literature team thought we'd help quench a thirst of a different kind, by sharing our favourite summer reads of 2018. Pitch up your parasol, order a lemonade, or lie down resignedly on the desiccated grass, and drink deeply from one of the good books recommended below.

When We Speak of Nothing, Olumide Popoola

I’ve really enjoyed reading When We Speak of Nothing by Olumide Popoola. The novel tells the story of an amazing friendship between Karl and Abu who are 17 and live near Kings Cross. Set against the backdrop of racial tensions in London and the riots triggered by the murder of Mark Duggan in 2011, we follow the friendship, which is tested to the limit when Karl goes to Nigeria to meet his father for the first time, while Abu finds himself in love and in the midst of the riots. The book is a moving portrayal of young black queer London life. I’m looking forward to what Olumide writes next.

I’m also enjoying Let Me Be Like Water, by S.K. Perry. This novel follows the story of Holly who has moved to Brighton to get away. Over a series of beautifully crafted interspersing short chapters, we are immersed in Holly’s attempts to deal with loss and loneliness. The books is full of warmth and humour, and also moments that made me stop and take a breath. Sarah has skillfully captured what it’s like to be struggling with part of yourself. A wonderful debut which will make you sit and think (preferably staring at the sea).

A very readable but thought-provoking take on radicalisation by one of our best writers – a well-deserved winner of the Women’s Prize for Fiction this year. The characters are sympathetic and the context entirely credible, and although the story is shocking, Shamsie presents it in a way that keeps you reading rather than turning away. And if you like this try Sunjeev Sahota’s response to the same issues, The Year of the Runaways.

A delightful and highly original biography of Princess Margaret that you don’t have to be a royalist to enjoy. The satirist Brown realised that Princess Margaret is Zelig-like in the way she appears in other people’s lives and the book is knitted together from a series of often very funny references to PM ranging from Cecil Beaton’s diaries to the catalogue when her estate was auctioned. If you are a fan of The Crown you will find this especially enjoyable.

The Disappearance of Adèle Bedeau and The Accident on the A35, Graeme Macrae Burnet

Macrae Burnet is best known for his Booker shortlisted His Bloody Project (also very good) but these two mystery books reflect his love of the Maigret books by Georges Simeon. They both feature the same detective, Georges Gorski, in the unremarkable French town of St Louis and are filled with the atmosphere of empty streets radiating noonday heat and a sense of everyone waiting for something to happen.

A wonderful mother and child road trip across America filled with the unexpected. It is one of the best and most satisfying portrayals of a parent-child relationship that I have read, full of warmth and humour. And don’t think that this just a ‘woman’s book’ because of that – it is worth reading by everyone.

Plane trips to Greek islands, meetings with former lovers in the street, afternoons at literary festivals: the events of Rachel Cusk’s remarkable trilogy are suited to summer. Each novel is narrated by Faye, a woman who on the surface would rather tell anyone’s story but her own, and instead recounts her conversations with others. Yet an emotionally-charged current runs beneath, sweeping the reader into questions of life and love and the self, as Faye – and by extension the reader – explores the various ways we recreate our identities through the stories we tell. Serious but full of humour, spare in their language but richly evoked, these novels tread lightly but make a deep impact.

All great children’s fiction works for adults; or perhaps all great fiction has a universal truth at its heart, recognisable to readers of any age. I read The Paul Street Boys for the first time recently, not realising that it was a book for children, and seeing it more as a novel about childhood. This story of a territory war between two young street gangs was first published in Hungarian in 1906, but its themes – the obsessive coveting of space, the bullying and sacrifice this involves, and the need to find a place to call home – seem rather pertinent this summer.

Set in an unforgiving, rural Yorkshire, Fiona Mozley’s debut novel tells the story of a family living on the fringes of contemporary society. Daniel and his sister Cathy live with their father in the house he built with his own two hands. They forage for food and smoke roll-ups. Before long, their quest for isolation is interrupted by a determined land-owner and the family are thrown into a violent dispute about property and borders. Lyrical, yet not without detail, Elmet is a contemporary novel steeped in Yorkshire myth and legend.

Conversations with Friends is a sharp, modern take on adultery, relationships and modern bourgeois life. Frances and Bobbi are twenty-something poets and two halves of a spoken word duo, through their literary circles, they meet Melissa, a writer and photographer, and her actor husband Nick. Bobbi quickly becomes enraptured by Melissa’s charisma, while Frances, naive and often overshadowed by her friend, engages in an affair with Nick. Rooney delicately picks apart complex relationships through what people do – or don’t – say, and both the digital and ‘real’ mediums they use to communicate.

Rose and her daughter Sofia travel to Spain to seek treatment for the intermittent paralysis of Rose’s legs. Rose’s symptoms – and hypochondria, as the validity of her illness is soon called into question – not only consumer her but also her daughter, who is so engulfed by these demands that her own well body frequently mirrors that of her ailing mother. Hot Milk is a playful and curious exploration of womanhood, and the fractured relationship between mother and daughter.

In the Days of Rain, Rebecca Stott

Rebecca Stott is an established writer, perhaps best known for her creative non-fiction. Last year she published a family memoir, which was initiated by Stott’s father who asked for her help in documenting his part as a preacher in the Exclusive Brethren, the ultra-hardline Christian fundamentalist creationist sect in Brighton on the South Coast of England, which is still in existence today. It’s an astonishing and in some parts chilling read, where Stott writes about her own experience of growing up in a cult, cut off and worlds away from the liberal Brighton of the 1960s.

A Boy in Winter, Rachel Seiffert

I wasn’t sure whether to recommend this as a ‘summer read’ because it’s not particularly light. But, it is beautifully written and a very powerful narrative. This novel is set in Ukraine in 1941, after the retreat of the Soviet army, as new German forces arrive. We follow two stories, that of a German engineer, who has arrived to lead a road building programme, but who then discovers the rounding up of the local Jewish community his fellow soldiers, and 13 year old Yankel who flees with his brother to avoid being caught by the soldiers with the rest of his family. When confronted with the darkest and most brutal moments of the book, there is comfort where actually despite ourselves, it seems there is hope for the human race.

My first recommendation is Nell Dunn’s Talking to Women, recently republished by Silver Press. In 1964, Nell Dunn spoke to nine of her friends about sex, work, money, babies, freedom and love, and the result is this ground breaking and still fresh collection of life stories from young women. It’s compulsive reading, funny and horrible – ‘I thought about gassing myself,’ says Kathy Collier in one of the interviews, ‘it’d cost you two or three bob in the meter’ replies Dunn.

If you would prefer fiction I read and loved Jacek Dehnel’s Lala, published by Oneworld. Lala is the fictionalised story of Dehnel’s grandmother’s life, and the story of Poland in the 20th century. It twists and turns through time, forgets things and comes back to them, and by the end you will wish you’d known Lala, surely one of the bravest and most delightful people ever born.

Also from Polish shores is Olga Tokarczuk’s Flights, ideal reading for airports. Flights takes travel as it’s subject and meanders through stories of journeys, both through life and across oceans, alongside the story of one man’s embalmed leg. It’s been beautifully translated by Jennifer Croft, and it will help you bear the checkout at Boots in Heathrow terminal 5 like no other book.