In Light of What We Write will bring young Scottish and Southern African artists together at the Edinburgh International Book Festival. Co-curator Linda Kaoma introduces the project. 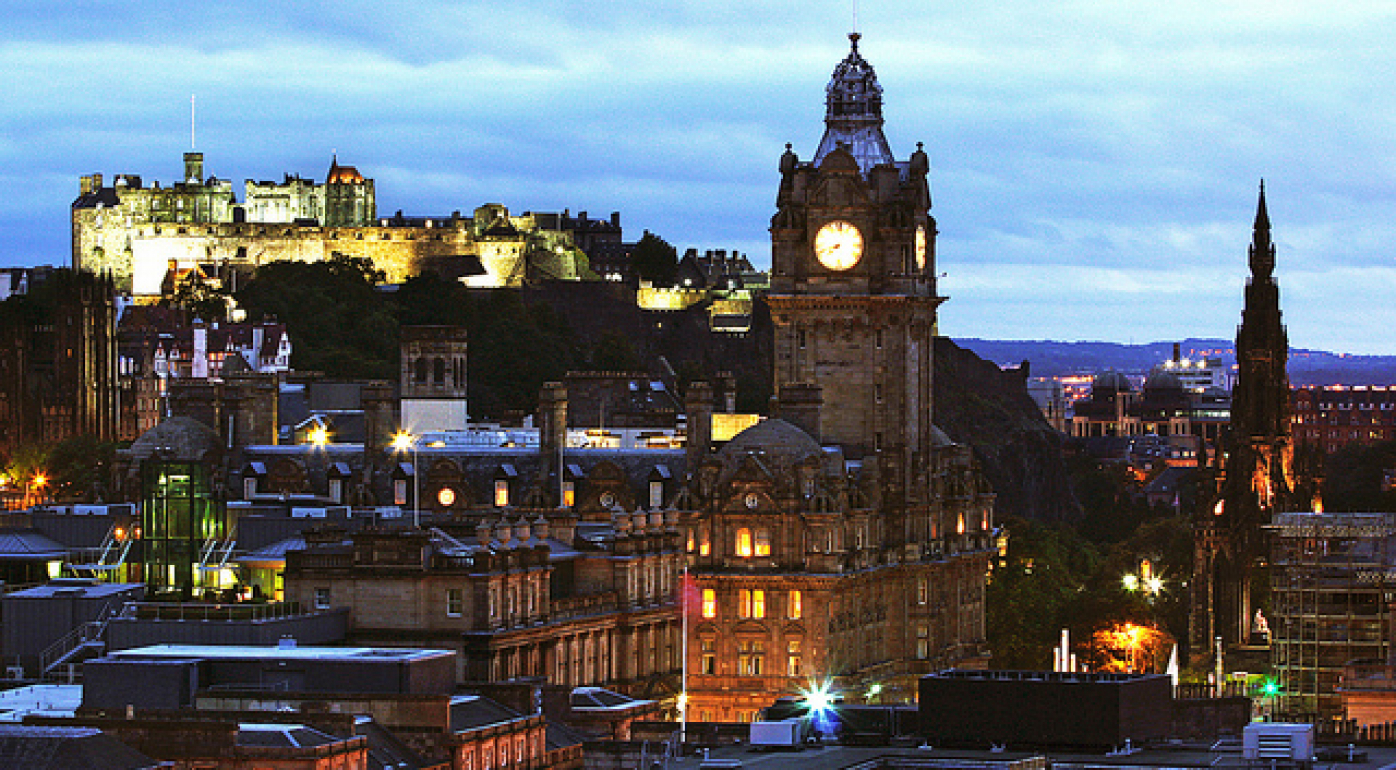 Photo: Edinburgh by Dimitry B.

The first instalment of In Light of What We Write took place earlier this year, in Cape Town South Africa. The event was in partnership with the British Council #SouthernAfricaArts and targeted urban youth audiences and arts professionals, with the aim of illustrating the accessibility of literature. One only needs to look at the literacy and the reading rates in South Africa, or to look at the demographics at literary festivals, to understand why such an event is important.

After the exceptional success of the first instalment of In Light of What We Write – an event well attended by a diverse group of people, with a huge number of them being urban youth of colour – it was suggested that perhaps it was not a lack of interest stopping our target audience from participating in the literary scene. It is clear that other factors are at play, including access to venues, writers they can relate to, content that speaks to their lived experiences, and how literature is being presented and framed. All of this shows that events such as In Light of What We Write are imperative.

I am very fortunate to have been part of yet another literary event that pushed the parameters in terms of how we are engaging with literature and who we want to engage with it. I don’t want to use the “S” word here, but I do feel it was serendipitous how Michael Pedersen (co-curator) and I ended up having this outstanding opportunity to work in partnership with the British Council. Michael, co-founder of Neu! Reekie!, and I  do similar work – which we are very passionate about. He and his collective describe it as “dismantling the structures and snobberies dividing high and low art”. We got involved in this project because there were clear synergies between the work we love doing and the aims of the events. We worked hard to present literary work in ways that are somewhat rare in the literary scene, and to curate a sensory-engaging and emotionally challenging experience for the 18-35-year-old audience.

It’s exciting to be bringing this work to an international festival because it means the importance of making literature accessible to various groups is being considered on a bigger scale.

In Light of What We Write is now going to have a second instalment at the Edinburgh International Book Festival, and I will attribute this to the “S” word again – but mostly to how well received the first event was, and how much impact it had for the audience and the writers. It’s exciting to be bringing this work to an international festival because it means the importance of making literature accessible to various groups is being considered on a bigger scale. I do think that by diversifying the kind of writers who are permitted at such literary events, we will in turn diversify the type of audience that attends. It is phenomenal to have writers from different parts of the world, who have many differences but who, surprisingly (or maybe not so surprisingly), have a lot in common as well, all committed to and inspired by the aims of such an event.

Similarly to the first instalment, this event will feature writers who are multi-disciplinary and whose work is explorative and cross-genre. Katlego K Kolanyane-Kesupile from Botswana is a groundbreaking Trans* ARTivist and performance artist. Madzitatiguru is a fast-word-spitting artist with a rhythmic and colloquial use of language from Zimbabwe. Julie Nxadi is a South African short story writer who will experiment with soundscapes in her performances. Iona Lee is a visual artist, poet, performer and the 2016 Scottish Slam Champion. Sabrina Mahfouz is a playwright, poet, screenwriter and performer who has recently been elected a Fellow of the Royal Society of Literature.

The line up includes excellent, diverse and dynamic writers who will use their multi disciplines and talents to enthral and captivate everyone in attendance at this version of In Light of What We Write. Together they will experiment and play with the form and content of literature. The audience will get to be immersed in rhymes and tempos from four different countries, and enjoy a multi-sensory literary experience. I implore everyone who can come to this event at the Edinburgh International Book Festival to please do so.

First presented in Cape Town in February 2018, In Light of What We Write brings young Scottish and Southern African artists together to create cutting edge, multi-disciplinary work. For more information and tickets, visit the Edinburgh International Book Festival website.

Linda Kaoma is a poet, writer, projects and events manager in the arts. She was Project Manager for Badilisha Poetry X-Change, Festival Manager for Infecting the City in 2016, and most recently Programme Manager for arts-based humanitarian organisation Clowns Without Borders South Africa.