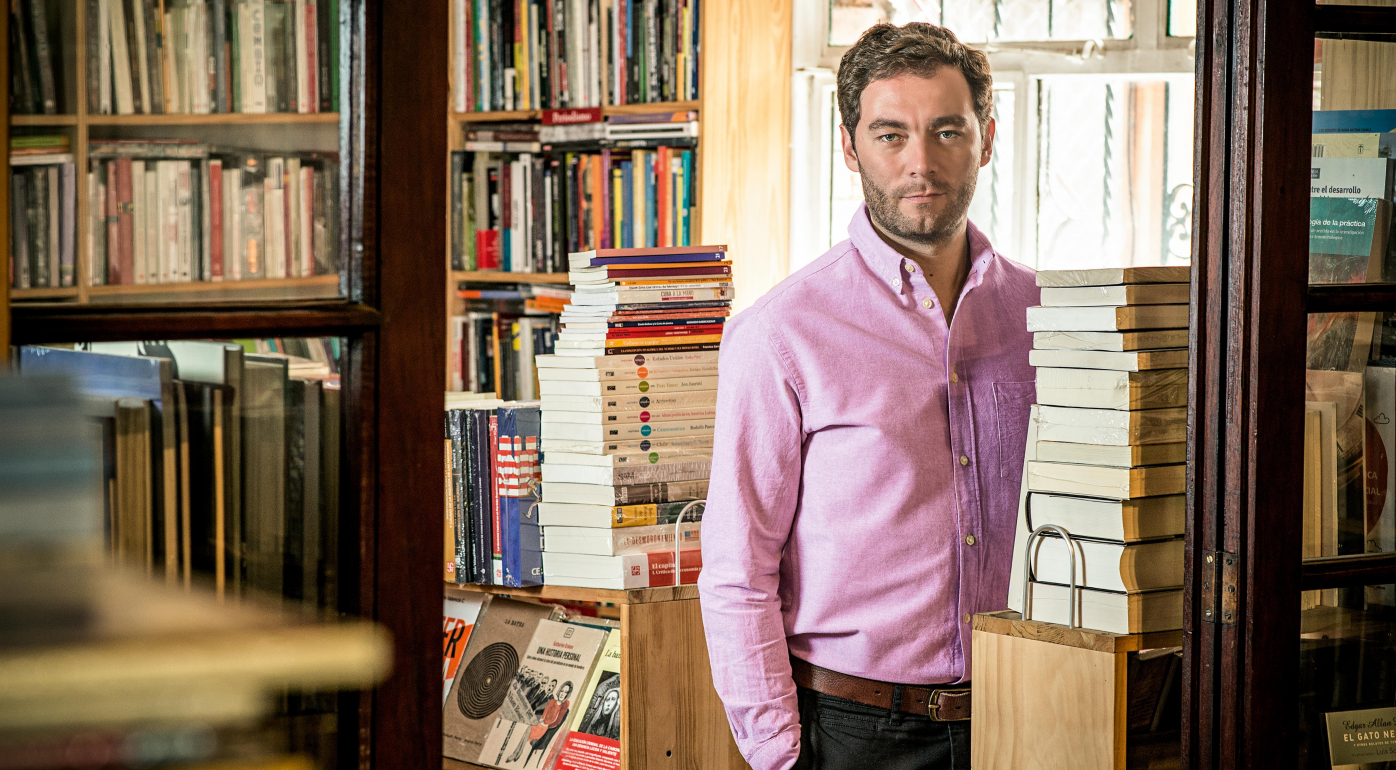 Tell us a bit about your work and background.

I knew I wanted to be a journalist from a very young age, so in my 20s I became a university tutor while working at different magazines. One of my first jobs was at a weekly news magazine in Colombia called Cambio (which means ‘change’), where the owner and editor-in-chief was Gabriel García Márquez. He was my first editor and I was very lucky to have him as a guide and mentor so early in my career. I worked there for many years before I left to work at different news outlets, but I always knew I wanted to be more of a narrative journalist. So I started reading Truman Capote and Tom Wolfe, writers who wrote narrative journalism based on scenes, characters and different structures.

My career took me to Paris and Madrid, and eleven years ago I came to live in Mexico City and started working at a magazine called Gatopardo, which is similar in style to magazines such as The New Yorker or Vanity Fair. We write about Mexico but we have writers from all over the world, publishing long features, combining journalism and literature, and I’m very interested in the ways in which the two are connected. When you’re writing non-fiction you have to look at the facts, but the narrative style allows you to work on it like you’re working on a literature piece.

While I was working at the magazine I started writing books. My first book was a biography of Francis Bacon; I also have two collections of journalistic profiles with well-known people I have interviewed, such as Tim Burton and Clint Eastwood - people who are famous and eccentric. In 2016 I published a novel, The Art of Vanishing, which has been published in Latin America and the English translation is coming out next year. I am also the editor of a book called The Sorrows of Mexico (Maclehose) which is about events that have happened in Mexico in the last five years, and the complex situation with freedom of press and violence. I wanted to give a profound view of what is happening in Mexico today which would appeal to foreign readers.

What are you looking forward to about being the British Council Writer in Residence at the Hay Festival?

I have very high expectations! Firstly, it’s an honour to be chosen and invited to do the residency, I didn’t expect it at all. While I’m at the festival, I plan to do what I do as a reporter: go and see new things and try to understand them. Not only artists and events at the festival, but also people who are there watching and working. I’ll try to write a short narrative journalism piece each day, trying to mix all the information I get as a reporter and write a piece as I would for my magazine – like a profile or postcard, combining snapshots of what’s happening so people who read the pieces on the blog will have a clear image of the place, as if they were there themselves. It’s hard to say exactly what it will be, but I’ll know once I’m there.

Have you attended many literary festivals in Latca or around the world?

Yes I have. Nowadays being a writer is a very hard job, not only do you have to write, publish and edit, but there is also a lot of travel involved. I’ve received invitations from all over the world which, for me, is a wonderful way to get to know the world and meet other writers, editor and journalists. The downside is that you spend much of your time on the road and away from home. I go to a lot of festivals and book fairs to give talks and workshops, and every time it’s a different experience, and there is always an opportunity to learn a lot from being in a different place and seeing first-hand how people work in different parts of the world, in both rich and poor countries. I’m a traveller at heart and you get a good sense of what happens in the world through these festivals.

You have been part of Bogata39 – a list of the best Latin American writers under 40 organised by the Hay Festival. What has this meant for you?

It has meant a lot. Firstly to be considered one of the best young writers from Latin America, and secondly, because someone thinks I’m still young! Although, I don’t think the writers on this list are necessarily the best writers; there could be another list of 39 other writers and it would still be a good list as there are so many fantastic authors to choose from. This list is compiled by people who think we’re the best at what we do want to show the world what is happening in Latin American literature today. Latin America is a huge continent, so for me, it’s a fantastic honour to be chosen, to meet colleagues and to present my book. It means a lot to me because when you’re on a list like this more readers have a chance to learn about you, and take an interest in your work, which is one of the best things about it. People who didn’t know you existed learn about you, publishers take an interest and want to know what you’re doing. It is hard work bring a writer, there’s a lot of competition, so this is a very optimistic situation: that someone likes you and you’re on a list with other great writers.

Tell us about your story in Bogata39.

I didn’t write a new short story for the book; instead I submitted an excerpt from my novel as I thought this would be something readers would be most interested in. I think the excerpt is very representative of what the novel is and of the story I want to tell. The excerpt focuses on a very critical night for the protagonist, it’s a very important moment for him, a turning point, a time he makes a change. It’s also representative of the style, tone and narrative of the novel and how I build scenes. It was also a great opportunity to be translated by Daniel Hahn who is incredibly talented.

You work with narrative journalism, as well as fiction, which is a flourishing field in Latin America. Tell us more about this form.

I had the chance to work at Gatopardo magazine alongside a huge amount of Latin American journalists. Journalism is a very flourishing genre in Latin America. We live in countries where reality is much stranger than fiction, so we have very talented reporters all over the continent, looking for and telling stories. As a group, we’re trying to understand and represent what happens in our countries through narrative journalism, which is why I think it’s such a popular genre. I can’t say why this is happening in Latin America, specifically, but we live in such a diverse culture that we want to tell the world what’s happening here. Not only based on news, but on telling stories with voices which have a particular way of looking at reality – not a plain way, but with a lot of layers. As narrative journalists we try to go deep in these layers to see the complexity of it all.

Also, working within narrative journalism as an editor is exciting as it offers me a chance to work on various aspects of these stories. At Gatopardo we work on each story for six or seven months, we do a lot of research and fact checking and always ensure each story is well told.

You are currently the editor-in-chief of the acclaimed Gatopardo magazine in Mexico City – can you tell us more about what is unique about this magazine?

The magazine has just turned 18, which nowadays is a difficult age for a magazine. We’re very proud to have the chance to publish it as not many publications in the Spanish world provide this kind of journalism. In last 18 years we have received almost every prize a magazine can win in the Spanish world, so we have a lot of recognition and it’s an enormous responsibility to be the leader in such an interesting field. Publishing an independent magazine – as we don’t belong to a big group – gives us a lot of freedom, although the work is complicated and requires a lot of passion. I’m lucky to work in a team that believes in quality journalism and the value of independent press. We’re living in a time when journalism is being threatened and the powers that be don’t want the truth to be out there in print, but we believe in telling true stories and that is what we’ll continue to do.

Find out more about Bogota 39 events on the Hay website.