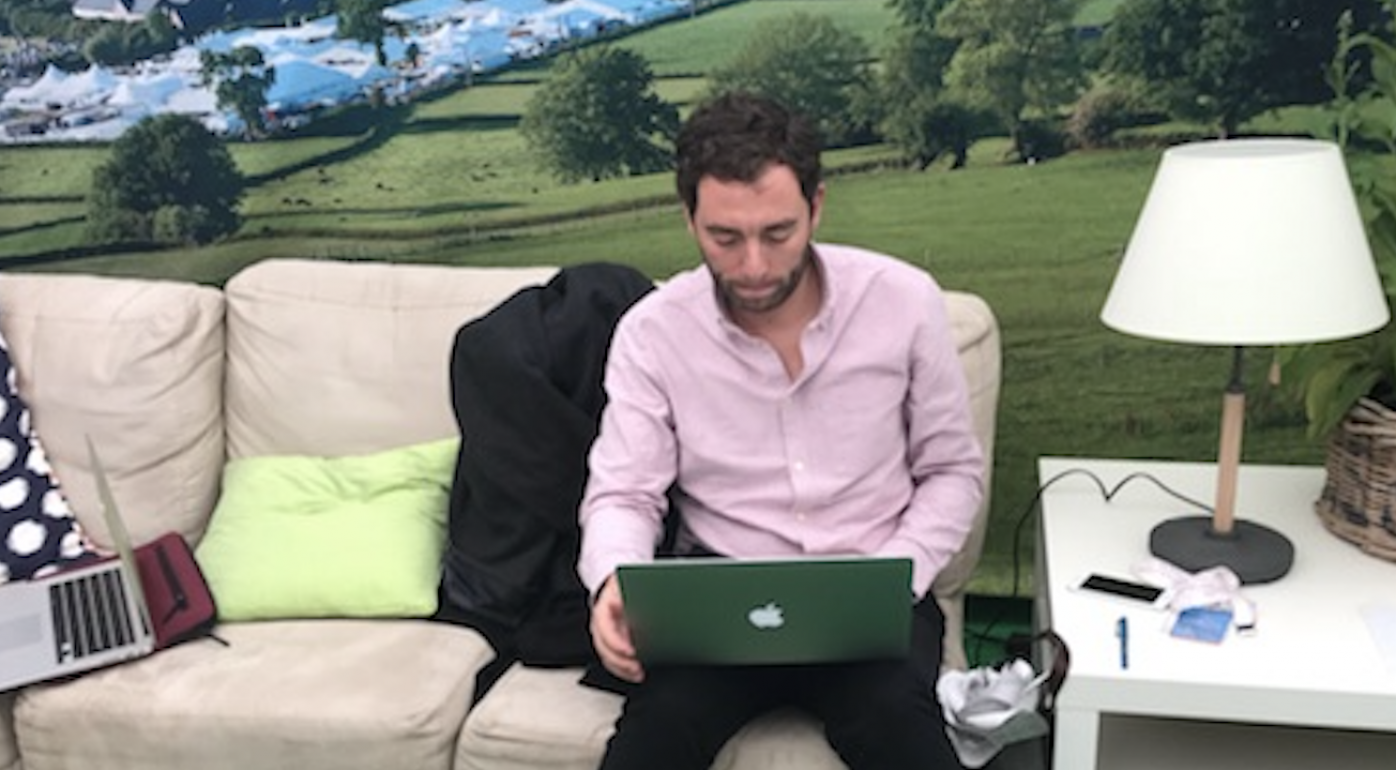 “Did you ever think Trump’s advisors might have been suspicious of your presence in the White House?”

“I think you overestimate those people, they never thought about that.”

“But there’s got to be somebody there who’s smart enough to know that it’s not the best idea in the world to have a reporter sniffing around . . .”

“The thing is, people who work in government don’t feel threatened by writers: to them, we’re powerless people.”

It’s Sunday afternoon, and there isn’t a single empty seat in the Tata Tent, the Hay Festival’s largest venue. The atmosphere is electric. The audience starts arriving before five o’clock, forty minutes before the conversation between Michael Wolff, the New York reporter, and Dylan Jones, head of the British edition of GQ magazine. Wolff is – as though there was anybody who didn’t know it already – the author of Fire and Fury, the book that enraged the president of the United States.

The controversial Wolff first met Trump twenty years ago. At that time, he began to get interested in this character: a man who showed up at every party held in Manhattan. When the tycoon received the Republican Party nomination, Wolff decided he wanted to write a book about him. He contacted Steve Bannon, the president’s infamous adviser, who opened the doors to their eccentric campaign to him, a campaign which ended in election victory.

“How did you manage to get somebody as slippery as Bannon to give you access?”

“I just asked him to let me go in to the White House. One day I arrived, I went up to the reception desk, signed in. From then on, I had total access. You’d be surprised how badly guarded the offices there are.”

“Were the Trump team allowed to talk to you?”

“Bit by bit I became somebody who was just there. Over the course of seven months I went to the White House daily. I became a part of the landscape, and people started talking to me without any filter.”

Each time Wolff tells one of his anecdotes, the public laughs. They listen to his extraordinary stories as though hypnotised. It must be said, his self-confidence is suffocating, but he’s a great storyteller. He does, on several occasions, have easy recourse to calling Trump “ignorant” or “an idiot”. At the end of the talk, people fight to ask questions. Everybody needs to know more: an hour of gossip isn’t enough for them. The power of true stories is evident among the Hay audience, and in contrast with the haughty attitude of the people who Wolff himself is depicting.

“What did Trump say when you told him about your work?”

“As soon as I told him I was writing a book, he lost interest in me.”

A few hours before the conversation between Wolff and Jones, I arrived in a small tent at the far side of the site from the huge auditorium. Despite the downpour that had started to fall in the early hours and which reached its peak around eleven in the morning, I found people gathered already, queuing up to hear my talk about journalism in conflict zones. Amid the damp, the icy wind and the storm, some thirty people were patiently waiting. I was soaked, so I went on stage barefoot and wrapped in a towel.

Despite the unpromising start, the event turned into a moving conversation. After the presentation by Cristina Fuentes, the Hay Festival’s international director, I showed a documentary about forced disappearances in Mexico. This audio-visual work is part of a series we produced at Gatopardo, the magazine I run. It’s made up of five chapters that deal with the basic problems faced by the country in the run-up to the presidential elections on July 1st: forced disappearances, gender-based violence, poverty, individual freedoms and migration.

Then I read extracts from The Sorrows of Mexico, a book I edited some years ago which was published in the U.K. In it, seven great Mexican reporters write in the first person about their own experiences of covering their country. Their texts are striking, and as the reading progressed, I felt the audience’s gaze intensify. At the end, the questions rained down more heavily than the shower battering the tent where we were gathered. Who protects journalists in those areas where the state has no presence? Who finances independent journalism? To what extent should journalists be activists? Is a narco-trafficker a valid source for a story?

I do not, of course, have adequate answers to these interesting questions. But I was aware how lucky I was to witness the sensitivity of this audience in Wales, their genuine interest in a reality occurring thousands of miles from their daily lives; how lucky to be able to travel and talk about the work that Latin American journalists do. I have no interest in playing the victim, I merely want to show the terrible conditions in which my profession is carried out in some areas, and the constants attacks by the powers that be on the freedom of the press.

At the end of my talk, several people came up to me with more questions and with offers to try and help improve the situation. I appreciated the gesture very much. And I thought, once again, about how important it is to tell the stories of what’s happening in the world.