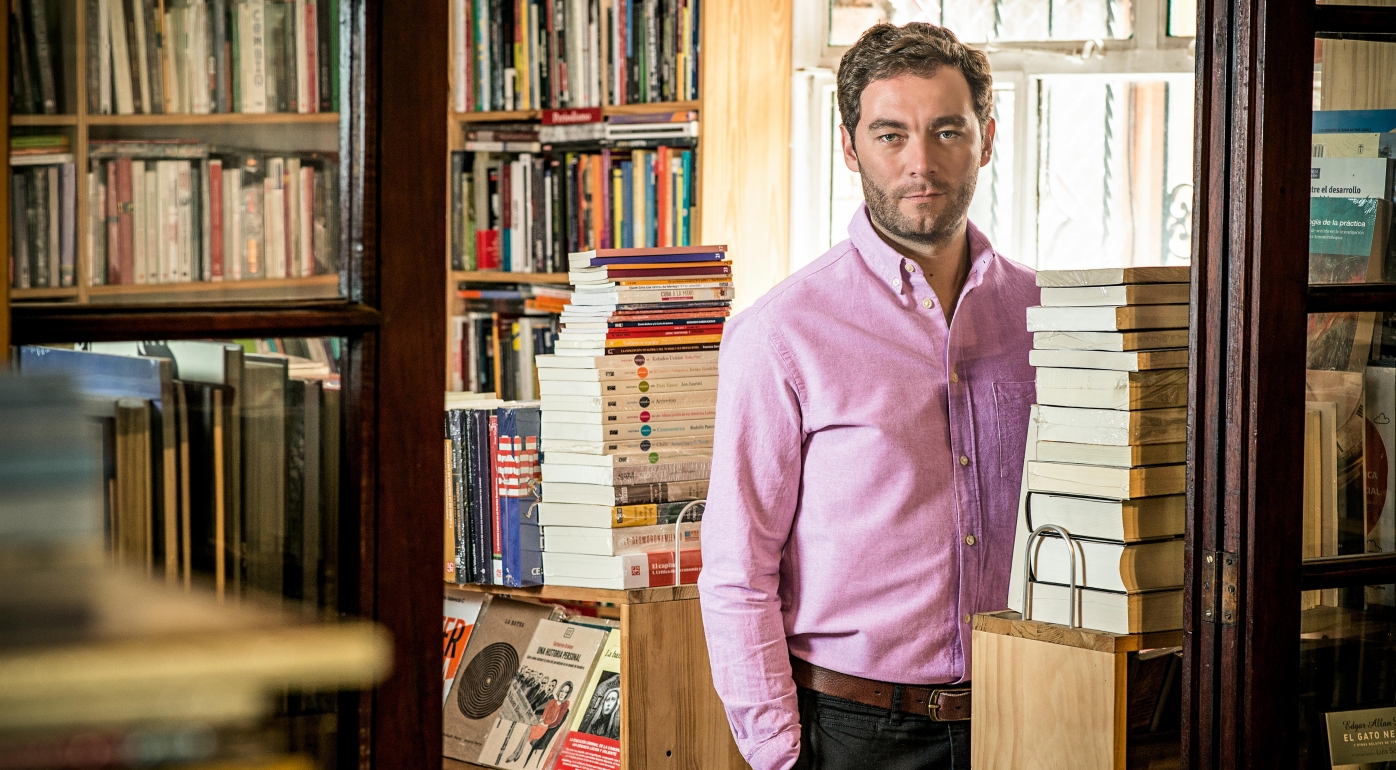 With the passing of the years, some of us turn stubborn. It’s as though one of the consequences of growing up is starting to ignore advice. As for me – as I’m just about to turn forty – this happens more and more often: I hear other people’s recommendations with a certain scepticism. It happened to me a few weeks ago, before I took a flight to the U.K.:

“It can rain a lot at Hay. You’d best take an umbrella and a coat and boots for the rain” – that’s what some friends who had already been to the festival told me.

“I was born in Bogotá,” I replied ironically. “I come from a city where it doesn’t rain daily – it rains every three hours. I know how to handle that kind of weather.”

“It might be very cold there,” a fellow writer told me, who had taken part in an earlier festival.

“I wouldn’t think so, I’ve been in Europe and the Nordic countries in May, it’s the beginning of summer,” I answered.

And so I set off for the festival, guided by my desire: I was travelling with the mental image I had chosen to believe. The workings of desire are curious. We ignore facts, and believe that reality will simply adapt itself to our whims. Before the festival, I spent a few magnificent days in London. Besides wandering through one of the most vibrant cities in Europe, I got to meet amazing people, to see a Francis Bacon and Lucian Freud retrospective (two of my favourite artists) at Tate Britain, attend a Rolling Stones concert and give a talk to the team at Google UK. I also took part in the launch of the Bogotá 39 anthology, with some of the others on this list of young Latin American writers. Hard to imagine how I might have spent more beneficial days in the English capital.

Early on Friday morning I arrived at Paddington station, in London, to take a train to Hereford. As our train made its way through the countryside, typical views started to appear at the window: those cute houses in the English style, the green fields inhabited by cows and sheep, and the mountains rising up, shyly, in the distance. At the same time, a fine but dense cloak of rain was falling on the glass.

When we reached Hay, after an hour-long drive along a small winding road, a huge grey cloud was covering the sky, and the fog came down almost to the ground.

“An unexpected storm?” I asked the driver, anxiously.

“No sir,” he replied in an accent that instantly revealed his place of origin. “Welcome to summer in Wales.”

A reporter knows how to adapt. When I started working as a journalist, nearly twenty years ago, I understood that this was a basic condition of the profession. It seemed very difficult then – as it still seems so now: arriving someplace new, meeting strangers, starting quickly to understand local subtleties and codes. In Hay, however, it’s not that hard. Of course, this place is unique in the world: it’s a small town of two thousand inhabitants on the England-Wales border. It became famous in the second half of the twentieth century for being the place on earth with the most bookshops per capita of population. “We got to 42 bookshops,” says Michael, the owner of the house where I’m staying. For thirty years, this has also been the location for one for the most prestigious cultural festivals in the world. This setting has hosted artists, thinkers, journalists, scientists, rock stars, and, of course, the most outstanding writers of recent decades.

You might say this small village is transformed, for two weeks, into a global centre of thought. And it’s something you can feel immediately in the atmosphere. Wandering along the walkways of the festival, you’ll see creators and intellectuals of every nationality.

But the real star is the audience. In the few hours I’ve spent at Hay I’ve seen hordes of people who have come from all over the U.K. to hear the talks. There are students, groups of tourists and a lot of families. These are the people who make up the atmosphere of the festival. They walk around the bookshops and the lawns, and fill the talks. They project an energy in contrast with the icy climate.

I felt this enthusiasm at the first event I took part in on the Saturday morning. Carlos Fonseca (from Costa Rica), Liliana Colanzi (from Bolivia) and I talked to Daniel Hahn about the Bogotá 39 anthology. Our conversation covered new voices in Latin American narrative, the break with the continent’s literary tradition, irony, our distancing from our own countries. The tent was full of readers who certainly didn’t know our work, but who listened attentively. In the final minutes of the event, they asked very pertinent questions which revealed something else that characterises this festival: a willingness to engage with the new. That was my second lesson of the day: true intelligence is often that which engages with the unknown without prejudice.

On my first night in Wales I decided to return home on foot. I left the site and walked, alone, down the deserted road. It was raining – the rain is very stubborn, it seems – and it was dark. I turned on the torch on my cellphone to light my way. There was no sound (the sheep and cows must have been sleeping already). The few cars on the road went past at full speed, and on several occasions I was almost run over. It would have been a shame: they’d have had to change the name of the list from Bogotá 39 to Bogotá 38. I crossed empty fields, trying to find the moon or stars in an overcast sky. For a moment, I was afraid. How strange, a Colombian who lives in Mexico City, one of the most dangerous places in the world, feeling like he’s in peril in the Welsh countryside. I reached my room at last, my boots and trousers covered in mud and soaking wet. But I wasn’t in a bad mood. Perhaps reality was teaching me a lesson. Or maybe I was just starting to adapt.