In this blog, Literature Programme Manager Daisy Leitch writes from Kathamandu on her work with WOW – Women of the World festival. 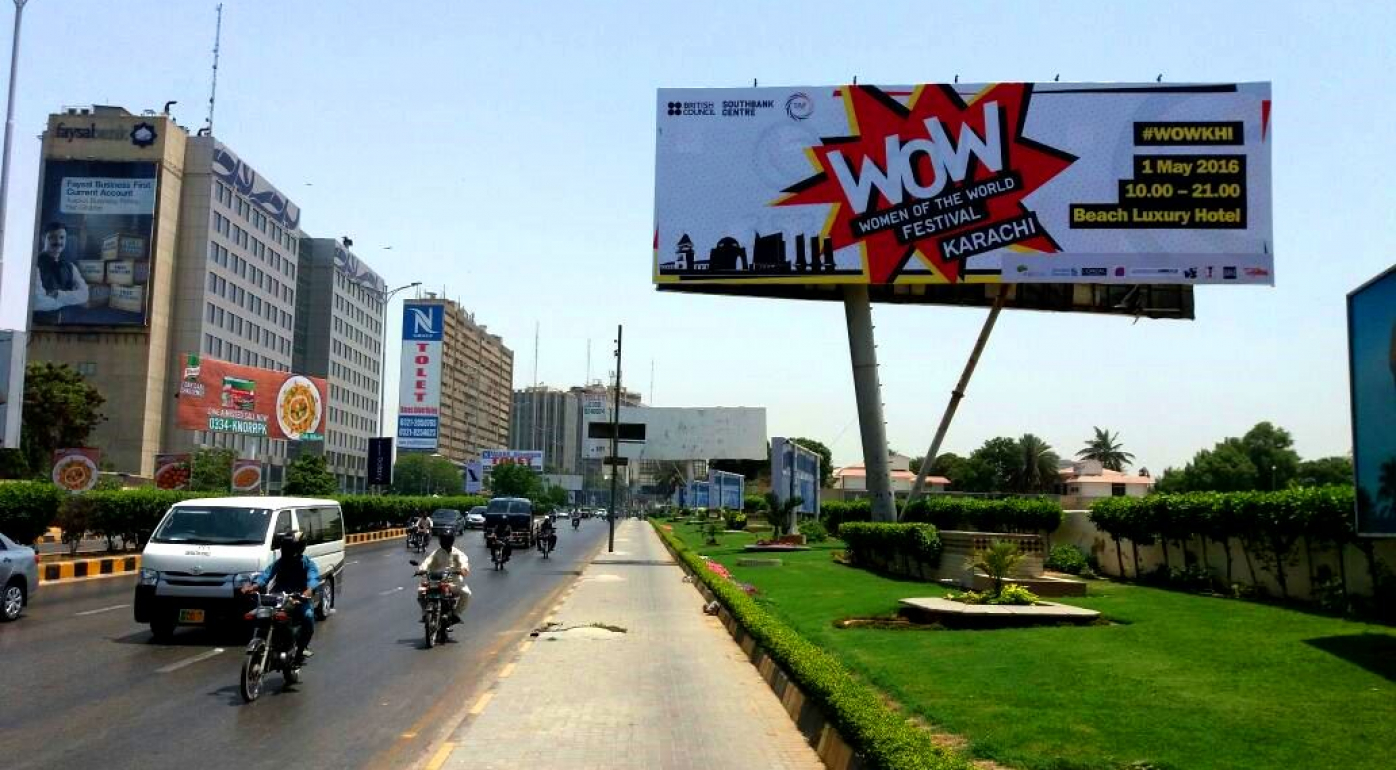 WOW – Women of the World - is a global movement of Festivals founded at the Southbank Centre by Jude Kelly and is now in over 20 countries around the world and growing. A celebration of the stories of women and girls, WOW also takes a frank look at the obstacles that prevent them from achieving their full potential. British Council is working with Southbank Centre and local partners in Nepal and to collaborate on WOW Kathmandu after the huge success of the festival in Karachi in May 2016.

I’ve been posted on a short term attachment from my role in the Literature Team in London to Kathmandu to help with the project.  With less than a week to go until WOW Kathmandu there are so many speakers and stories I am looking forward to hearing from women from all across South Asia.

The project began in late November with a series of Thinkins (i.e. brainstorming) sessions that took place in the South Asia region – from Kabul to Colombo – Delhi to Dhaka - and these sessions were the driving force for the ideas and for the programme. These are some of the highlights that will be coming up:

From Afghanistan two inspiring and trailblazing women are making their way to Kathmandu on 18 February: Mari Akrami who runs the Afghan Women’s Skills Development Centre – a non profit organization established in 1999 with programming focusing on the needs of Afghan women, including widows and the disabled or chronically ill, and orphaned children- and Neghin Kwalpak who conducts the Afghan Women’s Orchestra Zohra. At just 20 years old, Negin will be our youngest delegate. Jayanthi Kuru Utumpala will also join us – the first Sri Lankan, and first Sri Lankan woman to summit Mount Everest, a double record she achieved at 5:03am on 21 May 2016. She is also a women’s rights advocate and is currently serving as the first ever Goodwill Ambassador for Women's Rights for the Ministry of Women's Affairs. From Mumbai, the activist Nidhi Goyal is coming to Kathmandu and will be talking about disability, gender and sexuality.

For our panel on technology changing the world we have Jehan Ara From Pakistan who runs the Nest collective technology hub and Gayatri Bouraghain of Feminist Approaches to Technology in India. From Bangladesh, we are honoured to have Sonia Bashir Kabir who is in charge of Microsoft in Bangladesh and represents South Asia in STEM debates at the United Nations.

From Nepal itself there are lots of stories to pick out. In the WOW Bites short talks section I am looking forward to Barsha Basnet the stunt bike rider, and a female tempo driver- Suyra Kunwar who will talk about the issues she faces as a  woman in a traditionally man’s role. The illustrator Kripa Joshi will also talk about creating her character Miss Moti - an ordinary plump woman with an extraordinary imagination who breaks stereotypes about body image and has stolen hearts here in Nepal. Charimaya Tamang will talk about her experiences being trafficked and founding the charity Shakti Samuha to help other victims-  which will surely be one of the most powerful testimonies of the whole festival.

Anuradha Koirala- CNN here and recent winner of the Padma Shri – will be one of our esteemed panellists. As well as Honorable Justice Sapana Pradhan Malla from the Supreme Court who will be taking part in our opening panel.

In the performance strand we have some great artistic responses to the themes of WOW including from the Kathmandu-based group of young poets leading the spoken word movement Word Warriors, Circus Kathmandu and Art Lab creating a live art works based on six early South Asian Feminists. Nritya Aagran performing Indian Classical Dance and Yeti Taekwondo Dojang doing demonstrations in the garden. We also have a Sarangi performance, this is traditional Nepali (and Indian) stringed instrument, which would normally be played by men who would sing songs of life in the mountains and hardship faced. More recently women too are learning and playing Sarangi and our performer Minu Waiba has been very vocal about women learning traditional Nepali instruments.

WOW Kathmandu is for everyone and we hope that it will be fun, artistic and full of energy to inspire the next generation. We want to celebrate the stories of amazing women from across the region and we hope that meaningful connections between these women will lead to empowerment and conversations that help to find solutions to challenges. And the long term ambition is for WOW and British Council to work in more countries in the region in the coming years, building an amazing network of women.