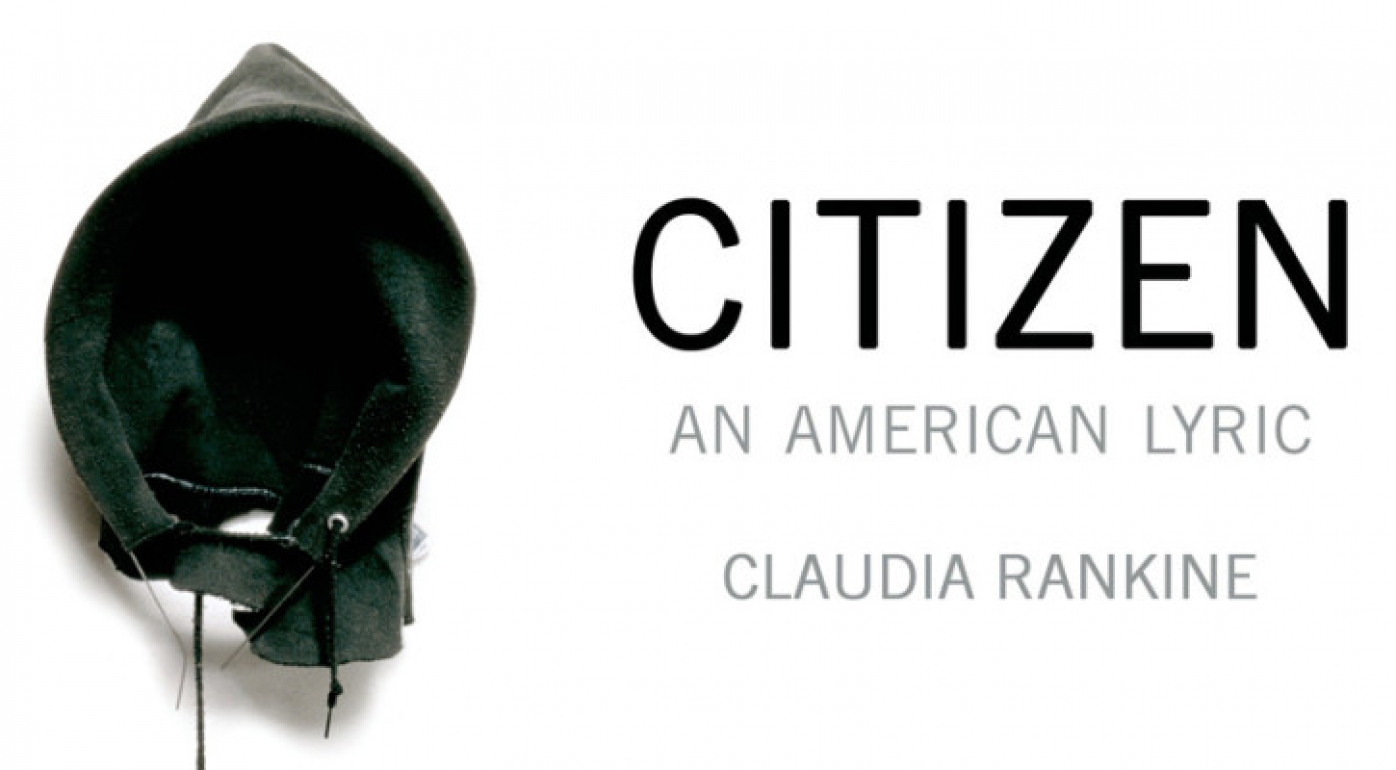 Each month we publish a blog with the literature team's current reading list. Come back each month to take a peek at the reading list of a literary programmer. Are you reading any of these books? Let us know what you think on Twitter @LitBritish

Claudia Rankine's book Citizen won the 2015 Forward Prize for best poetry collection, but it is not what one would normally expect of a poetry collection. Brief essays, micro scripts, reflections and overheard phrases come together in a succinct, lucid, fluid but – for a white person in the UK – breath-stopping account of the experience of being black in the US today. It is easy to read but difficult to accept. As soon as I finished I went back to the beginning to start again. I highly recommend it .

I’m reading Conrad and Eleanor by Jane Rogers, a novel about two married scientists. One day, Conrad fails to return from an overseas conference, and Eleanor, calm at first, then increasingly frantic, tries to find out what happened. Aside from the suspense, this is the story of the delicate ebbs and flows of their marriage and working lives over twenty years – how their relationship evolves, as their careers take different paths. Rogers started writing this book over 20 years ago, then abandoned it. A few years ago she suffered an aneurism, and was put into a coma. When she awoke in hospital, anxious about whether she could still write, she took up the novel again and finished it. As a result, the shifts in time and perspective in the novel are written contemporaneously with the periods in which they’re set, and utterly convincing. Recommended.

I’ve been reading Ghosts by the Argentinian novelist, César Aira. It’s a very curious and enjoyable book. Although the ghosts of the story are literally ‘ghosts’, it’s not a horror story. The ghosts seem to operate almost as a manifestation of what is ‘unseen’ within the spaces of daily life – or perhaps the ghosts are somehow produced by the act of not seeing? One to re-read. I’ve also been re-reading Hardly War by Don Mee Choi, and I’ve just received my copy of Leonora Carrington’s The Debutante and Other Stories, published by Silver Press.

I have been reading Lincoln in the Bardo the first full length novel by American author George Saunders. The book unfolds over one night – telling the story of Abraham Lincoln and the death of his eleven year old son, Willie, at the dawn of the Civil War. It's completely original and I highly recommend it. I have also been re-reading Anna Karenina by Leo Tolstoy, an epic work of fiction in all ways.

Larchfield is an original first novel by acclaimed poet Polly Clark. Larchfield tells the story of writer and pregnant Dora Fielding as she leaves the city to move to Helensburgh on the West Coast of Scotland and the challenges she faces reconciling her role as a writer and a mother. Her story is woven together with a fictionalised re-telling of W.H. Auden’s time as a boarding school teacher in the same town during the 1930s, where he faces hostility to his Englishness and suspected homosexuality. The story explores identity and grapples with issues of mental health, prejudice and reality versus imagination. A creative and imaginative book that is beautifully written.

In his latest novel, The Fatal Tree, Jake Arnott takes us back to the murky underworld of 18th century London known as Romeville, where we hear the sorry tale of Edgworth Bess, cruelly deceived and left to find her way in the wicked city. As in his previous books, Jake draws on true stories from the past weaving them into a gripping new narrative with cameo appearances by historical figures such as John Gay.  Jake has paid particular attention to the language of the time, a vivid, humorous and at times highly poetic London slang used by the criminal (flash) world to disguise its business. He has handily provided us with a glossary of terms at the end of the book which is a fascinating read in itself. I also love the attention to detail in the setting of the book on the 'filthy cobbles' around Drury Lane, tracing the route of the old River Fleet and in the warren of alleyways around Covent Garden, which has inspired me to take a few urban walks - in the spirit of John Gay for whom ‘walking is an art’ - through old London Town.

This month I have re-read Persuasion, by Jane Austen, to help prepare for her 200th anniversary celebrations. It’s my favourite one of the Austens, bittersweet and densely textured, and it rewards multiple re-readings. This time round I particularly enjoyed Anne’s observations of the occasionally trying nature of family life: ‘[Anne] admired again the sort of necessity which the family habits seemed to produce, of everything being to be communicated, and everything being done together, however undesired and inconvenient’ I am currently reading Negroland by Margo Jefferson

I’ve been reading Stay With Me, the Baileys shortlisted debut novel from Nigerian author Ayọ̀bámi Adébáyọ̀. This is a story of marriage and motherhood set in 1980’s Nigeria. It traces the lives and marriage of Yejide and Akin, giving both their own narrative voices across chapters. From Akin’s Shakespearian fall for Yejide, Romeo would be proud, to Yejide’s heart breaking attempts to bear children and so much more. Adébáyọ̀ has managed to create such a well-rounded and deeply contextualised cast that as you navigate the landscape of their lives, it feels like you are right there with them – even if that is on a mountain breastfeeding a goat. Although often tragic this novel is by no means bleak, Adébáyọ̀ has a gift for marrying tragedy and comedy which serves to elevate both. For me, this is a novel full of life, and I think ripe for adaptation. Although worlds apart, Stay With Me gave me a similar feeling to the one I had reading Martin McDonagh’s play The Beatuy Queen of Leenane – both brilliant.