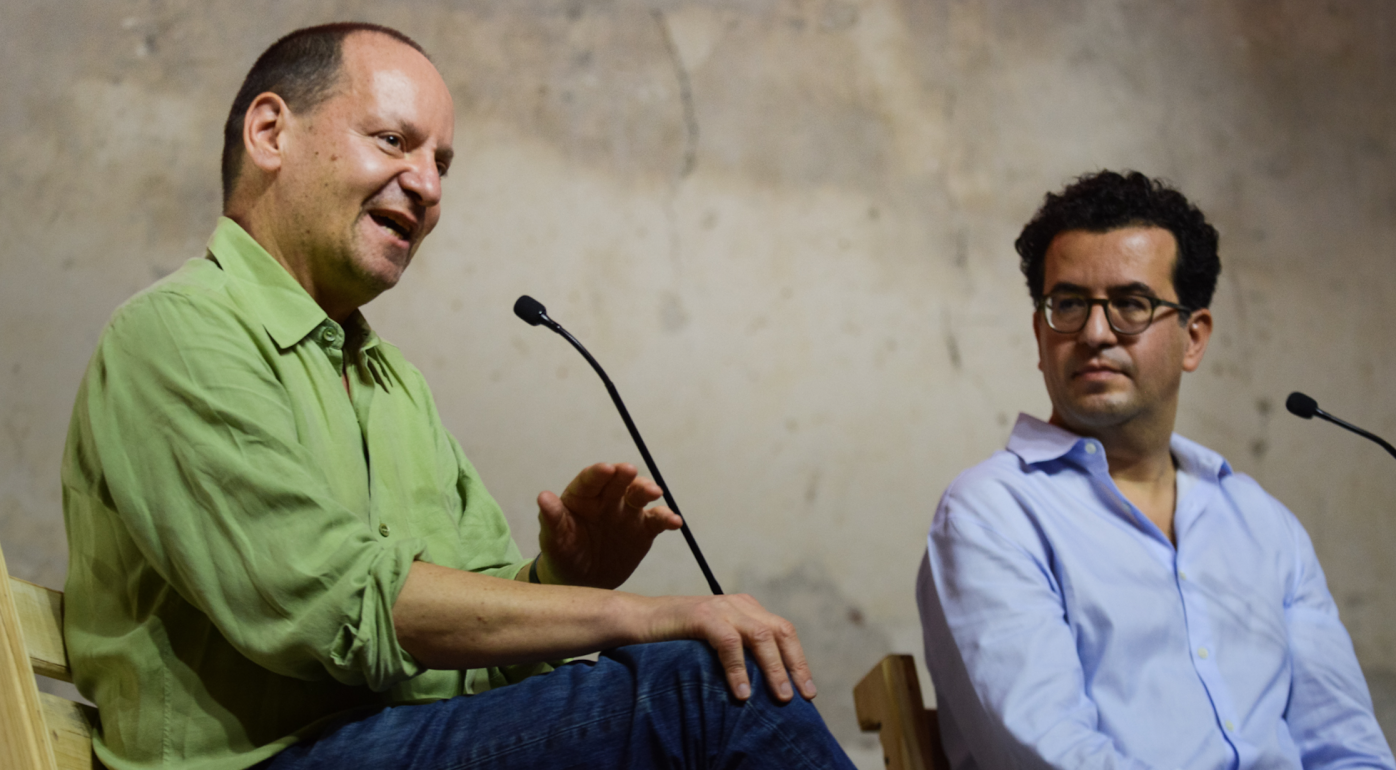 Listen to more podcasts from this series from Hay Festival Cartagena de Indias 2017.

Recorded at Hay Festival Cartagena de Indias 2017, this podcast brings together British writers Philippe Sands and Hisham Matar, and Colombian writer Hector Abad Faciolince, all of whom have written about loss, repression and violence.

Hisham Matar’s book The Return describes going back, after decades living in exile, to Libya after the fall of Gaddafi’s regime, in search of what happened to his father, Jaballa, who was abducted by the Libyan secret services.

The writer and human rights lawyer Philippe Sands is the author of East West Street, On the Origins of "Genocide" and "Crimes Against Humanity", which combines the story of his own Jewish family after the Second World War, an investigation into the creators of the concepts of 'genocide' and 'crimes against humanity', and a look at the life of Hans Frank and the Nuremberg Trials.

Hector Abad Faciolince is a Colombian novelist, essayist, journalist, and editor. His most recent book Oblivion: A Memoir, focuses on his relationship with his father who was murdered by paramilitaries in Medellin, Colombia.

Hear the full series of podcasts from Hay Festival Cartagena de Indias 2017 at soundcloud.com/artsbritishcouncil. To find out more about Hay Festival visit www.hayfestival.org or follow the festival on Twitter @hayfestival