Poetry on the Chinese metro

A new project is bringing poetry to audiences across China as they travel on the metro! 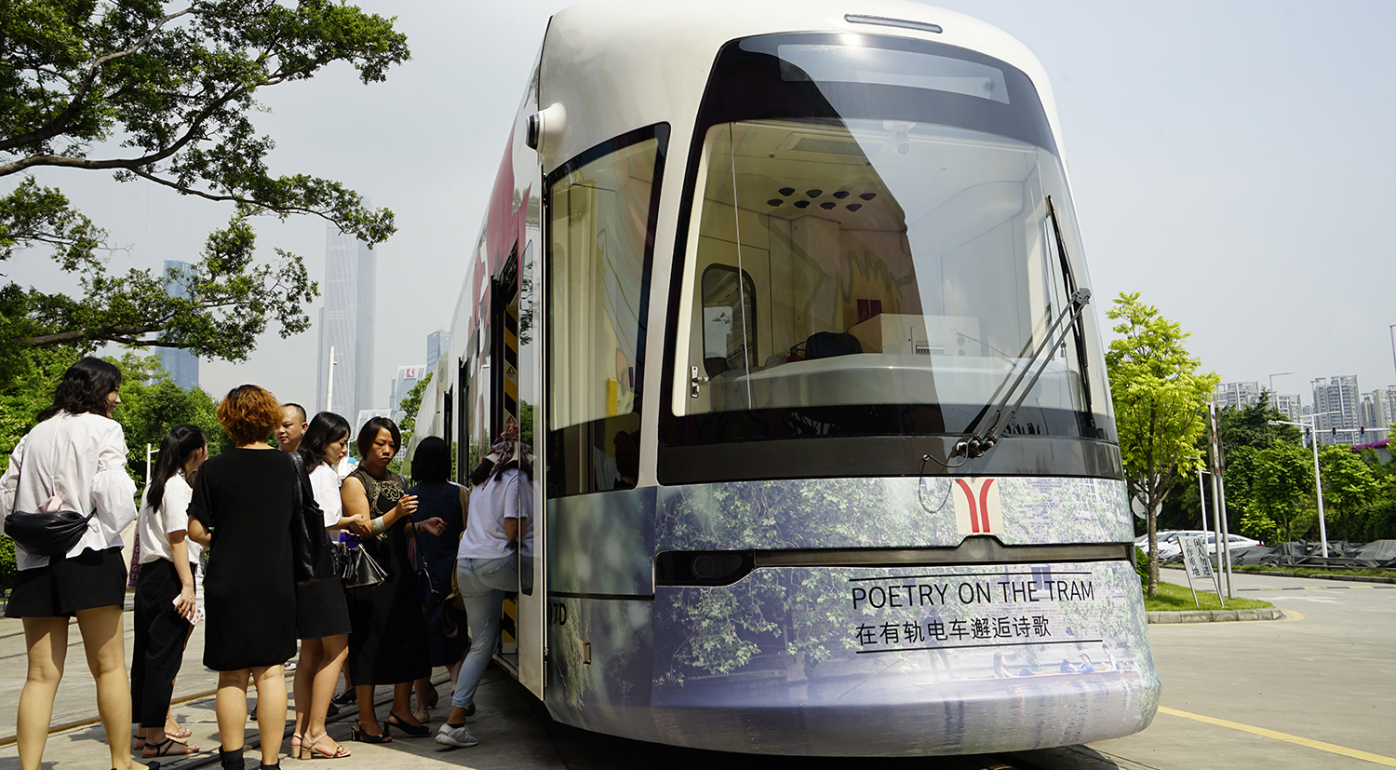 A highlight of the Spirit of Youth campaign, ‘Poetry on the Metro’ launched on 19 September in China– helping to make journeys more stimulating and inspiring by showcasing 40 British and Chinese poems on the metro train carriages and metro stations in Shanghai, Guangzhou, Nanjing, Chongqing and Chengdu. Between September and December the project will showcase classical and contemporary poems - which are displayed in posters.

Poetry on the Metro features works written by both established and emerging poets and aims to strengthen UK-China cultural exchange through literature, a shared treasure of the two countries, and create a wide public engagement. 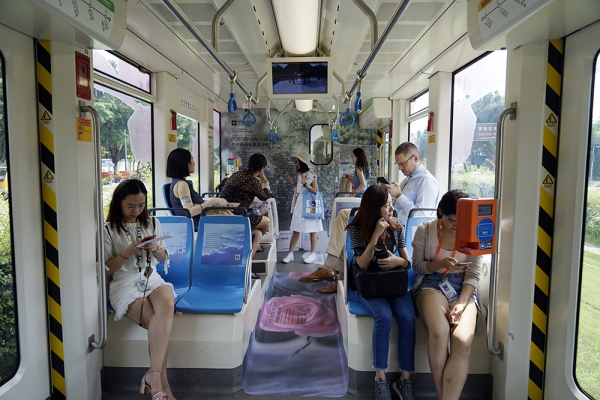 UK poems were selected by the British Council in the UK on the theme of 'youth' and including poets from England, Scotland, Wales and Northern Ireland. Chinese poems were selected by British Council China along with Poetry Island - a network of young poets in China. Likewise, most of the Chinese poems illustrate the theme of 'youth' and cover established and emerging poets. 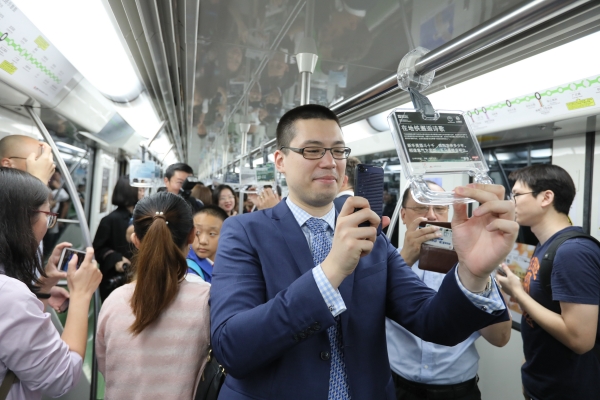 The Chinese poets were born between the 1980s and 90s and are based in different regions of China, representing the cities/wider areas hosting the Poetry on the Metro project. They are active members of the poetry community and represent the new generation of Chinese poets, with an equal number of female and male writers on the list.

In Shanghai, each Poetry on the Metro themed train along Line 2 receives nearly 26,000 passengers a day. Each and every line on the Shanghai metro system will run themed trains showcasing these poems.

Poem video walls at 5 stations highlight 12 of the 40 poems, attracting passengers to stop and appreciate the works. In Guangzhou, tram cars decorated with poetry-themed displays run along the Pearl River, and at Pati Station there is a poetry themed glass corridor showcasing 15 Chinese and British poems.

The poetry-themed tramcar runs slowly along the Pearl River, sharing poetry and bringing a unique new scenery to the city.

In addition, British Council has recorded poetry readings by special guests, including H.E. Dame Barbara Woodward, Ambassador of the U.K. to China and contemporary poet Lanlan, among others. The videos and poems will be posted on the official UK Now account, encouraging poets and literature enthusiasts to comment on key poems. 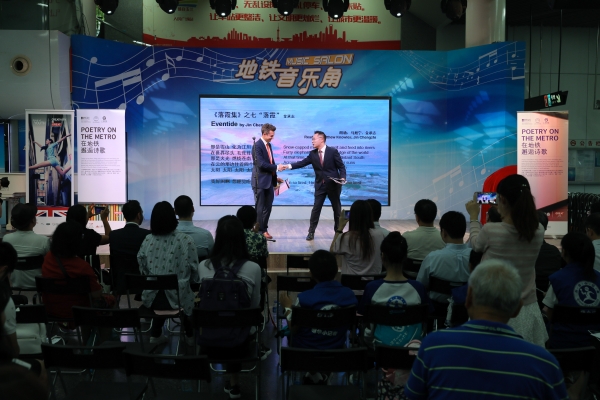 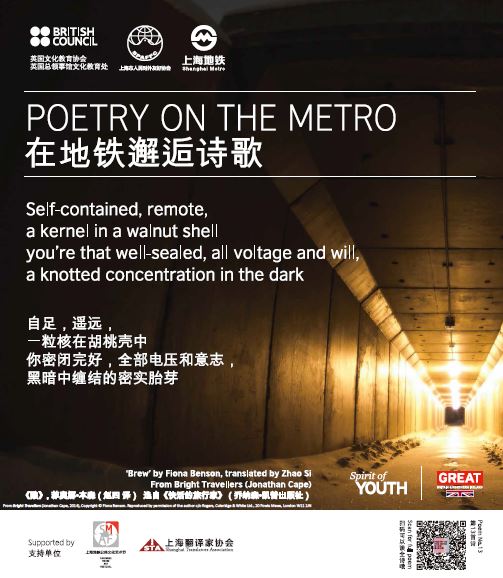