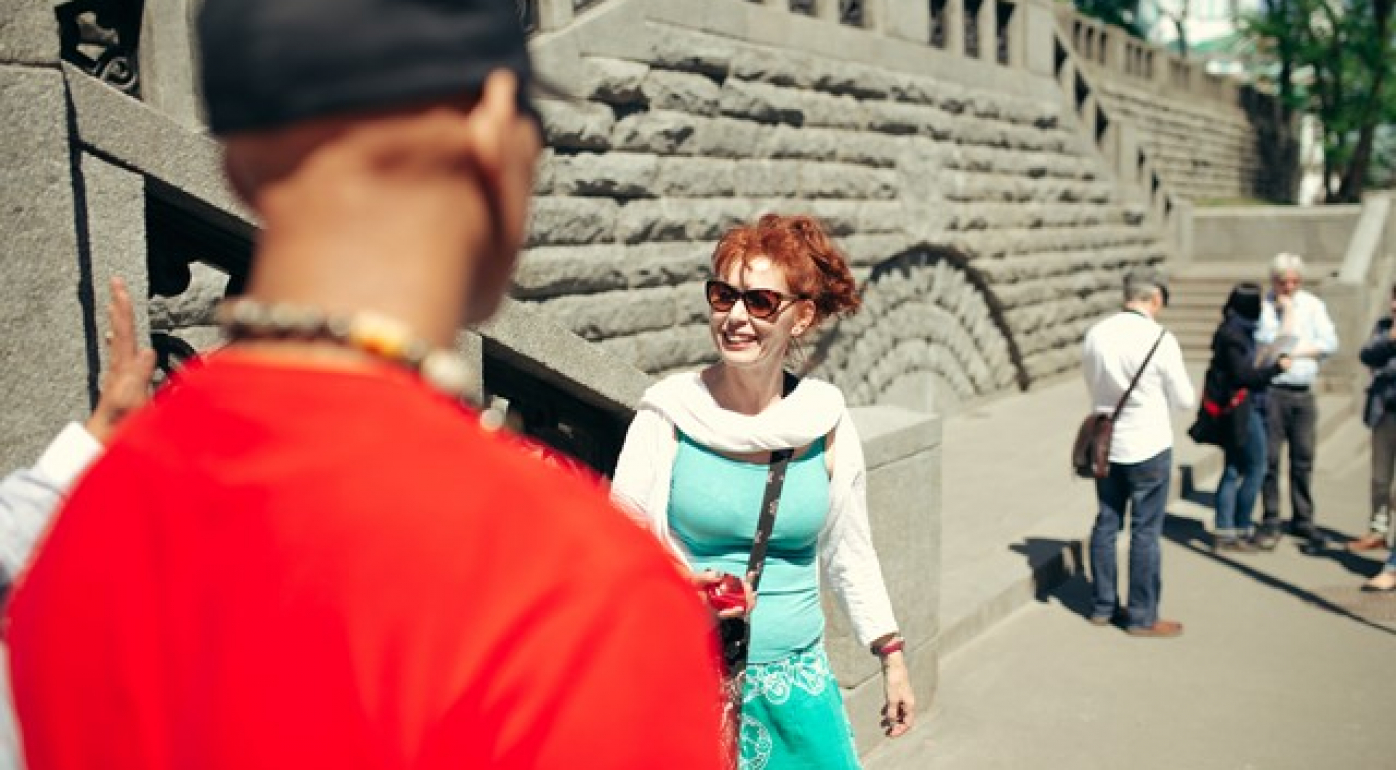 Six-word Stories from the Monastery of Caves

Midlife. One candle no longer enough.

One morning we were taken on a walking tour of the city and given an individual challenge, to experience Kyiv with one sense heightened. Envelopes were offered, accepted and opened. Mine revealed a single word:

Perfect for me - except that morning, when I dressed, I had anointed my neck with amber oil, bought in Oman. It is a glorious, heady fragrance that lingers like a lover, endlessly, unapologetically caressive.

In the pod-like bathroom of the Ibis Hotel, its resinous scent had instantly transported me back to Muscat, to the deliciously warm night when I bought it from the souq. I had daubed it behind my ears as I sat, luxuriously alone and free on the corniche, with the Arabian ocean shimmering before me and the date palms whispering behind.

But now I was on a street in Kyiv, trying to experience the city through my nose.

We rested awhile in a basement cafe and bookstore, a place of dark wood and enticing cookies. I ordered hot mulled wine, and buried my nose into the spice pot as the barista prepared it for me. Clove. Cinnamon. Ginger. When the wine was ready, I inhaled its liquid aroma... and was transported back to snowy Copenhagen, December 2012, my cold fingers cradling a glass of glühwein in the Tivoli Gardens. 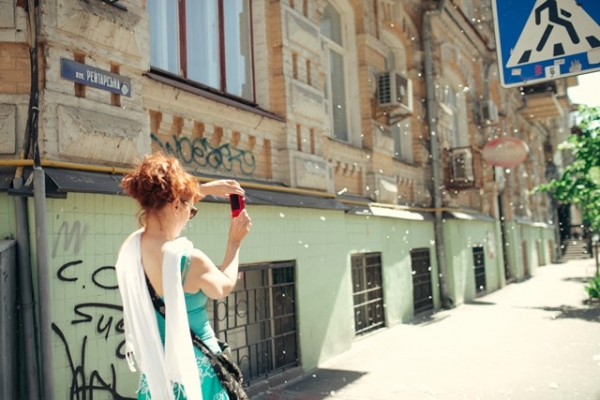 I trailed behind the group as we walked on, trapped like a fly in the haze of my persistent perfume. We began the touristy St Andrew's descent. And halfway down, in between the tee shirts, toys and trinkets, I found a modest table, bright with amber. Strands of unpolished pieces, thrown upon Baltic beaches by stormy seas; finished necklaces, shaped and smoothed; delicate drop earrings; modernist rings.

I held a pendant necklace up to the sun to see the light dance in its amber heart. And in that moment, I caught the pine notes in my perfume, and the sea and the forest came to that street in Kyiv.

But still, I wanted to find a scent I could associate with the city and my visit. One that would, in future times, transport me back to the golden domes and tree-lined streets. So on subsequent days, I stopped wearing the amber, to allow other fragrances to drift into my world. But nothing registered. Even the scent of white chestnut blossom proved elusive.

On our final day, I went to the Kyiv Pechersk Lavra and noted the scents as I explored the caves. The damp earthiness of the winding descent. The smokiness of my candle, held the Ukrainian way, in a cupped hand to catch the drips. The garlicky breath of the man following me. The heady punch of white lilies beside a child-sized coffin. The eternal mustiness of incense. The citrus decay of wilting chrysanthemums in brackish water. But these would never be transportive scents.

I wandered into the souvenir shop by the exit.

Postcards, tourist guides, bibles, rosaries, holy water, candles…perfume! Thirty glass bottles, tiny, with silver screw caps, on a tray beneath a glass counter. I asked the assistant - a helpful heron of a woman, in a grey dress with a white headscarf - if I might smell the fragrance. I imagined, since they were all identical and unlabelled, they would be the same. But to my surprise, she pulled the tray towards her, brought out eight bottles and set them upon the counter.

I unscrewed the caps, one by one.

Now there was an elderly woman beside me, also looking to sample and buy. Her headscarf was a riot of roses, framing a weathered face with bilberry eyes and an exuberant slick of orange lipstick. I held a bottle to her nose.

She inhaled deeply but no expression came to her face.

I shared another. 'Jasmine.'

'Lily of the valley.'

“She tilted her head like an owl, inhaled deeply and smiled. 'Rosa.'”

She pointed to the bottle and, in Ukrainian, told the assistant she would have one.

'I will have one too,' I said, and we all smiled together. 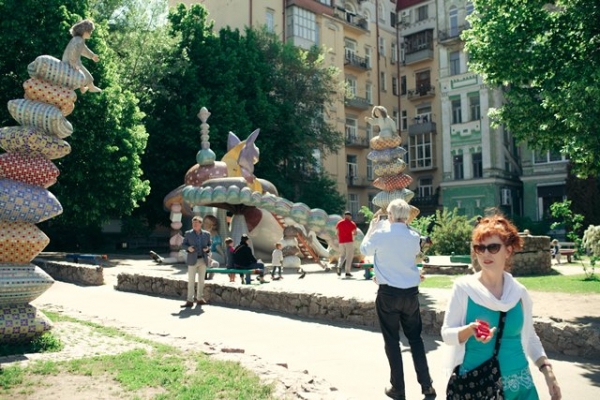 Outside, I opened the bottle and dabbed it generously behind my ears. It was eau de toilette; it had nothing of the potency of my precious amber oil.

But I used it the other day, as I left the house to travel to a meeting in Birmingham. And just for a moment, I was back in that souvenir shop, surrounded by icons, candles, headscarves and jars of local honey. Воно діє! (vono diye)

The Sisterhood of Sewing

'Did you make these?' I asked.

She nodded and smiled. 'All my work.'

I bought a beautiful Palomino-coloured horse, its body soft caramel with a creamy mane and tail. And I thought of a trip I had made to Jeju Island, South Korea, a month before. There I spent a pleasant hour at a sewing workshop, hand-sewing a Ganse doll - a small fabric horse. The dolls are made by women across the island, using scraps of material.

The sewing instructor spoke no English, but step-by-step she showed me what I needed to do. I especially loved how she made the tail, cutting and tying together multiple lengths of cotton thread before attaching it to the horse's rump.

So I was thrilled to find another hand-sewn doll, made with skill and care by a different woman, in another country, on another continent. I bought two, one for myself and one for a friend, and happily handed over my money. I always love the simplicity of street transactions, when a note given at lunchtime buys the food for that evening's supper.

I asked the doll maker if I might take her photograph, so I could show it to my friend. I wanted her to see who had made her gift.

'Yes,' said the woman. 'But wait.' She took off her coat, removed her glasses, tidied her hair, re-applied lipstick. 'Ready.'

Such care. Such love for strangers. The sisterhood of sewing.

Read the next blog from Ukraine by Kurly McGeachie. 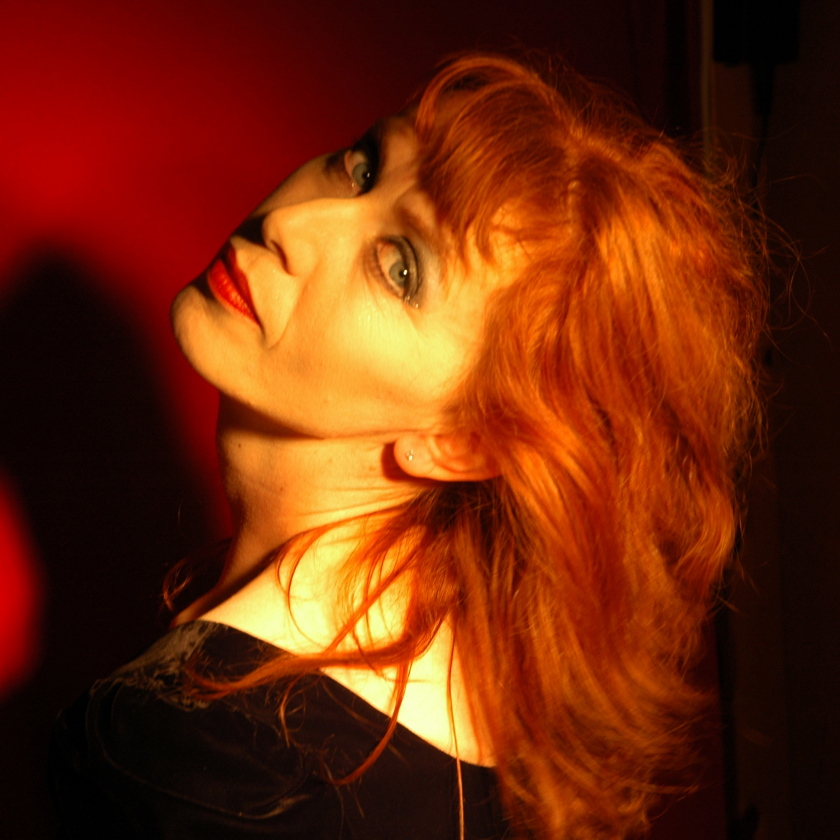 Cat Weatherill is one of Europe's leading performance storytellers. She is also a bestselling childr...