Kalam is an initiative of Prabha Khaitan Foundation, a Kolkata based NGO engaged in various social welfare activities and promotion of Indian culture internationally. In November 2017, March 2018 and June 2018, esteemed Indian writers visited the UK to read and discuss their work. 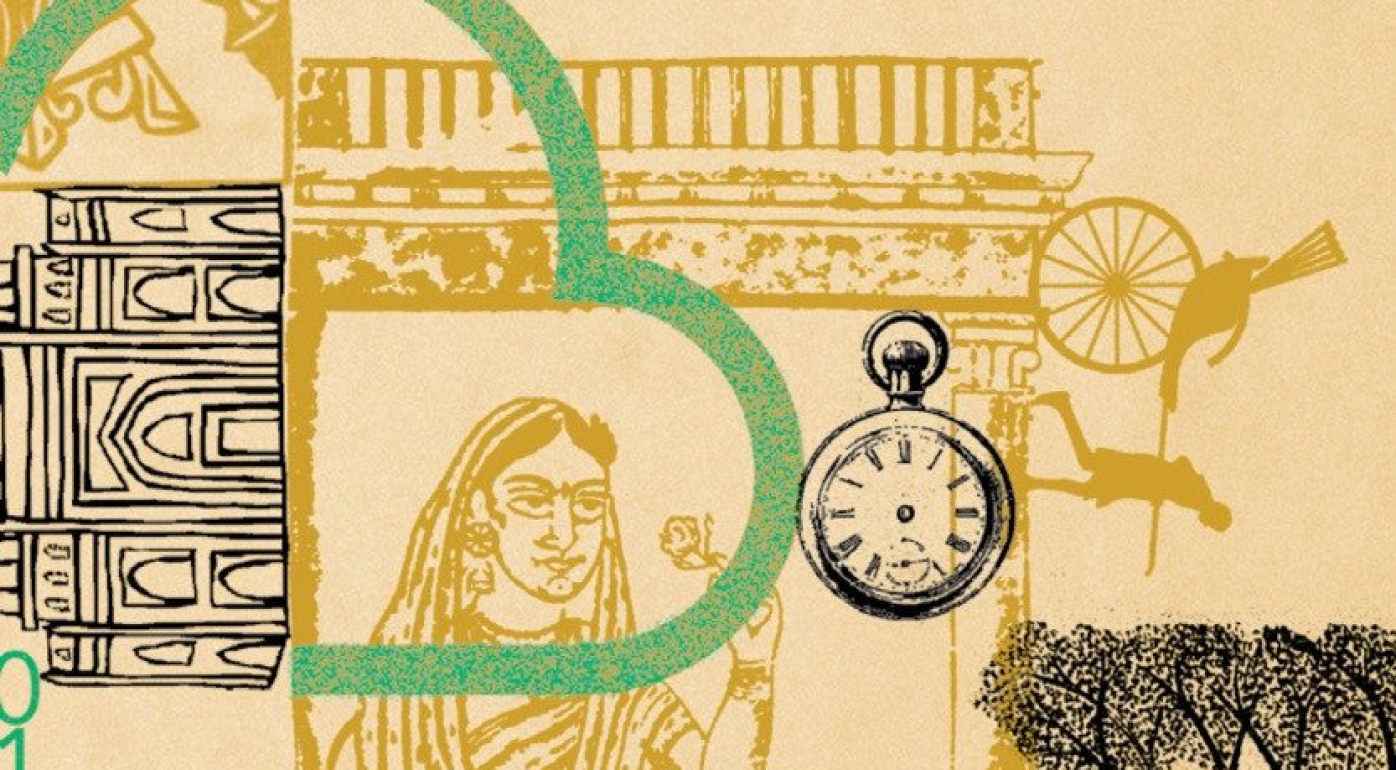 Modern Poetry in Translation No. 1 2017, Songs of the Shattered Throat

As part of the UK-India Year of Culture – a major year of cultural exchange between the UK and India – the popular Hindi literary event KALAM will be running a series events in the UK. Run by the Kolkata-based NGO Prabha Khaitan Foundation, the KALAM series has appeared in Jaipur, Raipur, Patna, Udaipur, Hyderabad, Bangalore, Ajmer, Mumbai, Bhubaneswar, and this month came to London for the first time.

The aim of the London series is to help introduce global audiences to outstanding Hindi writers who are popular in India, but may have not yet received the international attention they deserve.

On Sunday 3 June 2018, Neelima Adhar Dalmia was in conversation with Vijay Rana, former Deputy Head of BBC Hindi Service, London at the Taj Hotel with thanks to the Vani foundation. In his welcome to the event, Dr Padmesh Gupta explained that Dalmia has attended Kalam events in many cities, including Ahmedabad, Ajmer, Bangalore, Hyderabad, Mumbai and Jaipur. He also said that she is known for her "bold statements and writings". 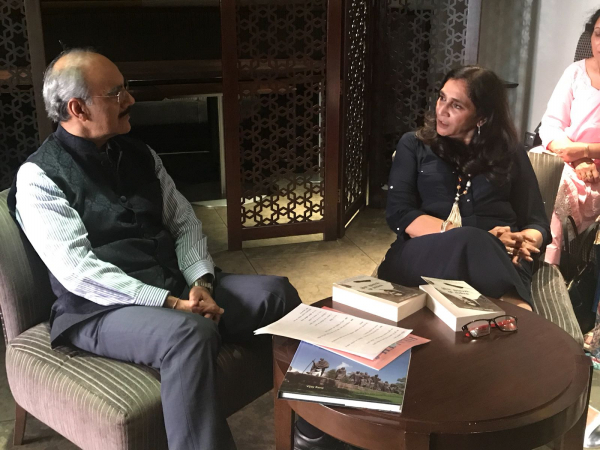 Her most recent book, The Secret Diary of Kasturba, focuses on Kasturba Mohandas Gandhi, Gandhi's wife. Dalmia spoke about many aspects of Gandhi's personal life, saying "I have not demolished Gandhi; I have humanised Gandhi”. Speaking to The Hindu, she said: "My endeavour was to portray Gandhi the husband and father, not Gandhi the Mahatma."

Dalmia is known in India for her "fearless" writings, including a book, Father Dearest: The Life and Times of R. K. Dalmia, which examines her father, Ramkrishna Dalmia. Her mother, Dinesh Nandini Dalmia, was a Hindi poet and novelist. 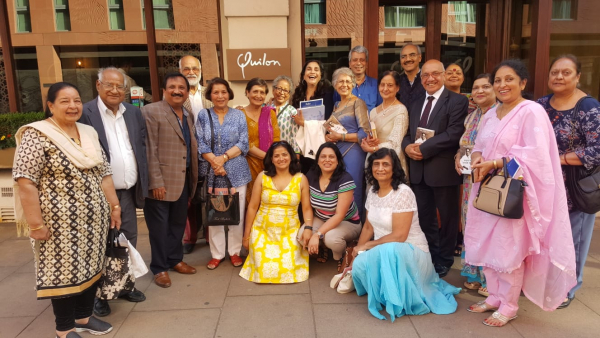 Neelima Adhar Dalmia with guests at the event

Comparable in some ways to the western ode, the ghazal is an Arabic verse form which was adopted by medieval Persian poets to write about suffering arising from the death or absence of a loved one. The ghazal is also marked by its formal intricacy. For example, the last couplet of a ghazal should include a proper noun, which is often the name of the poet.

The singing of ghazals is an established and popular form of transmission in India, and Reddy's compositions have been sung by many of India's leading ghazal singers, such as Jagjit Singh, Pankaj Udhas and Talat Aziz. 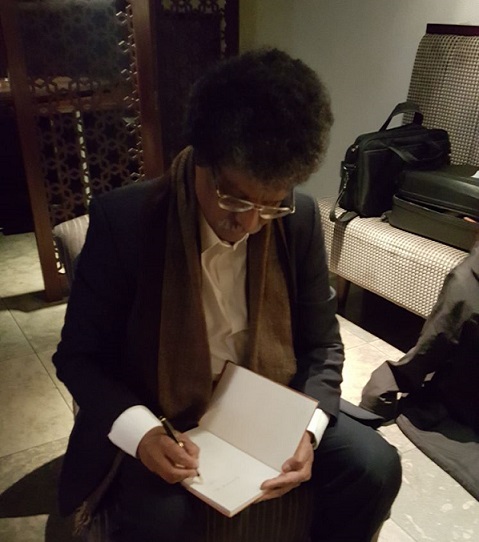 Reddy considers himself to be writing in the common tongue of India, ‘Hindustani’, which draws its words from both Hindi and Urdu. His poems are often reflections on social issues and, as is typical of the ghazal, to pain, sorrow, and the common problems which face everyone in day-to-day life. Many of his poems could be described as consolatory, conveying a message of love and hope even in the midst of conflict.

The moderator for the event, Hindi Poet Dr Padmesh Gupta, said that Rajesh Reddy is one of very few Indian poets whose writing is accepted and respected by both a Hindi and an Urdu readership.

The first event of the series took place at the Taj Hotel in St James’s Park, Westminster on the 19th November, with the prominent Hindi dialect poet Leeladhar Jagoori.

The audience were entranced as he spoke about his life and his practice, and read from his work in conversation with Dr Padmesh Gupta, Director of Oxford Business College (also himself a Hindi poet of international repute). Although he now writes in Hindi, Jagoori is a member of the Garhwali people, and his poetry is informed by a deep engagement with the poems, sagas, and folk songs of his region. 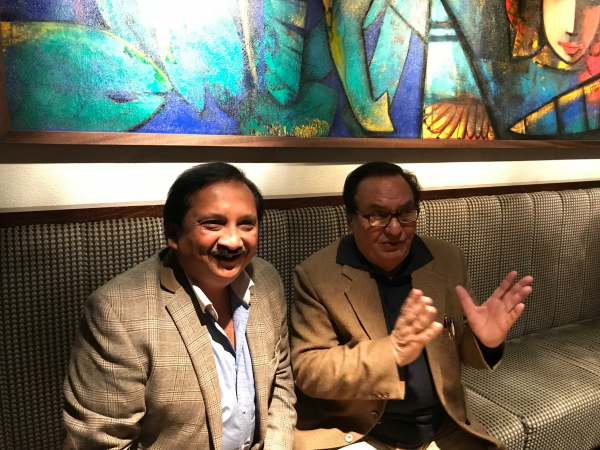 Addressing the audience at Kalam in London, Jagoori explained how he had run away from home at the age of twelve, returning eleven years later to become a soldier in the Garhwal Rifles. It was during this time that Jagoori’s love of Hindi literature, a result of reading widely and deeply as a teenager, compelled him to write his first serious poems. Speaking at the Taj Hotel, there was a suggestion from Jagoori that this urge to write may have had something to do with the struggle to find an identity within the army, where self-expression was discouraged.

Without really expecting anything to come of it, Jagoori dispatched a letter to the then Minister of Defence, V. K. Krishna Menon, asking for permission to quit his post in the Garhwal Rifle. Happily for Jagoori and for poetry, the request was granted. 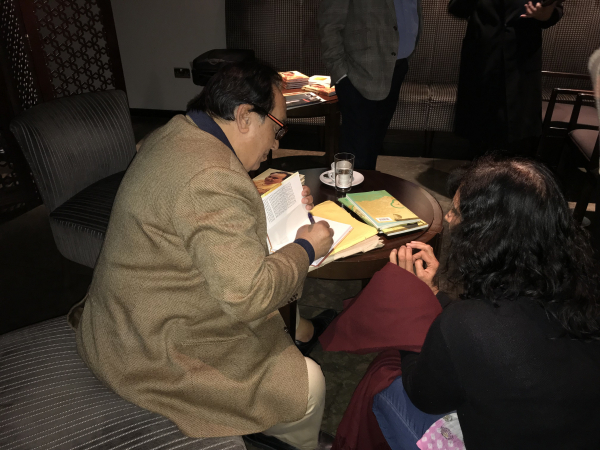 He decided to change his last name from one which designated his caste to one which reflected the name of his ancestral village in Garhwal. It is typical of writers in India’s satirical tradition to give themselves pen names in this manner. He went on to publish widely, and has been the recipient of a number of prestigious awards and prizes, including the Sahitya Akademi Award in 1997 and the Padma Shri in 2004.

After talking so openly and generously about his life, Jagoori read some of his short poems and haikus, each demonstrating a deft way with language, a playful approach to words, and what Jagoori himself elsewhere has called his ‘lively interest in being human’.

For those readers who would like to read some of Jagoori’s poetry in English, two poems translated by Sarabjeet Garcha appeared in Modern Poetry in Translation No. 1 2017, Songs of the Shattered Throat, which focused on poetry in the languages of India, with a selection of new translations. This issue was supported by the British Council as part of the UK-India Year of Culture. One of these poems, ‘I See Myself’, is reproduced below: 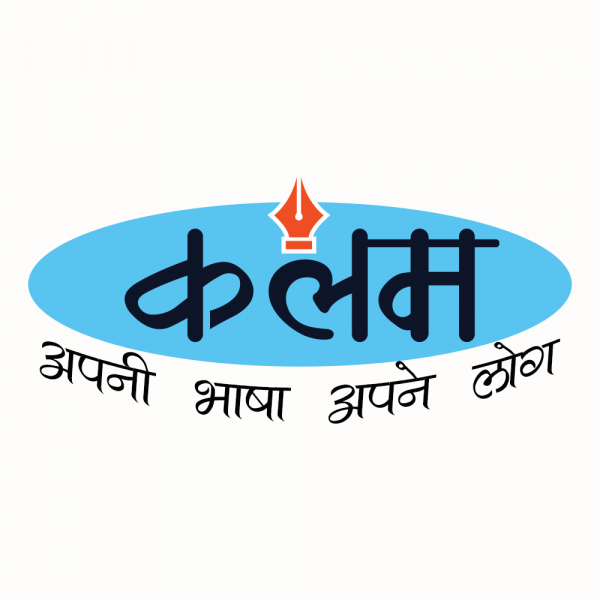 KALAM is the brainchild of social activist Sundeep Bhutoria, who is also the Trustee of Prabha Khaitan Foundation who started KALAM in India to promote primarily Hindi and regional literature in the country as an interactive platform for authors and poets. Sundeep Bhutoria said about bringing the KALAM series to London: "The Indian diaspora in London are very much connected to their roots and many speak the language and read Hindi literature. While planning to launch Kalam abroad the first city which comes to mind is London and no doubt the city has a number of Indian authors as well as an Indian population from various regions of India. We want the poets and writers from the world of Hindi literature to get an opportunity to meet with a select global audience in London and with the UK-India Year of Culture, it has motivated us to showcase our regional authors in the UK."