Three interviews with writers Jay Bernard, Nikesh Shukla, and Keith Jarrett, who were supported by the British Council to visit Naves Matadero and Hay Festival Segovia 2017. 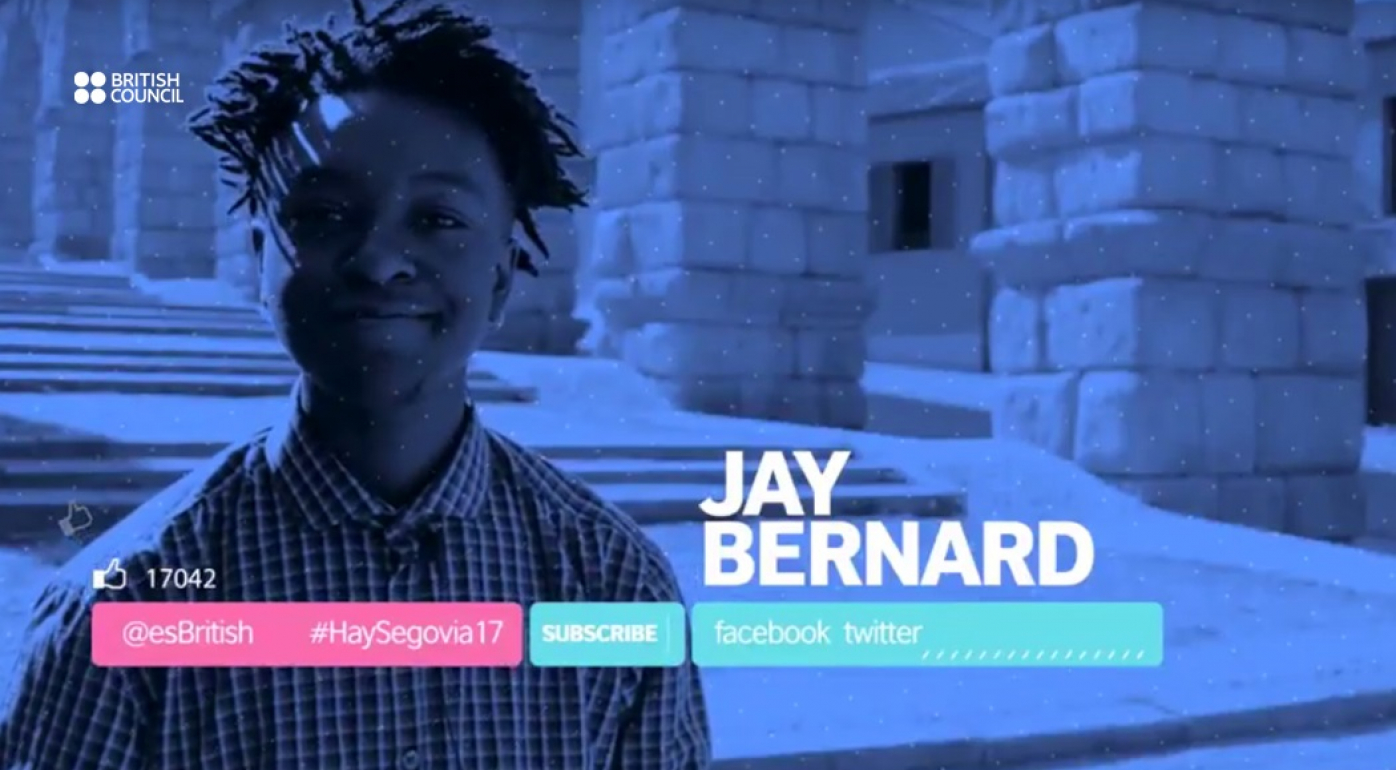 Hay Festival's motto is ‘Imagine the World’. In these three video interviews, recorded at the Hay Festival in Segovia and Naves Matadero, Jay Bernard, Nikesh Shukla, and Keith Jarrett discuss their own mottoes, favourite words, special memories, and greatest challenges.

Prodding and provoking, these ostensibly simple questions provoke answers which serve as entry points to more thoughtful discussions on a variety of subjects. Jay Bernard gestures towards the relationship between motherhood and art as ‘joyful labour’, Keith Jarrett talks about the flux of being, and Nikesh Shukla issues a clarion call to marginalised voices ‘to keep going, because we need you.’

British Council is a partner of the Hay Festival.

Motto: 'I'm not sure any longer if there is a difference between writing and living.' (June Jordan)