Swithun Cooper on what we can learn from anthologies. 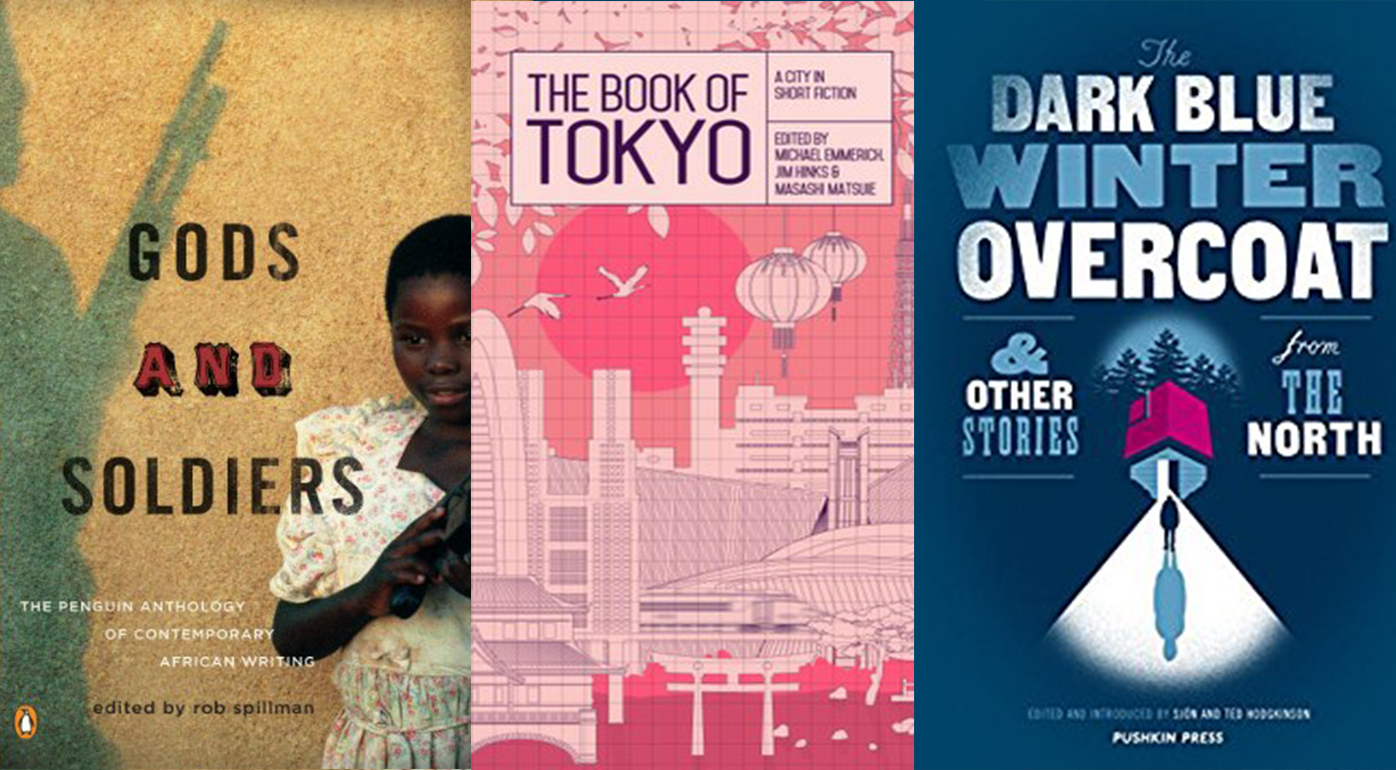 In E.C. Osondu’s story 'Voice of America', a group of teenage boys sit outside the local store of their Nigerian village, listening to a U.S. radio station. The station’s ‘African music hour’ is on, and the presenter is reading out a letter from a schoolgirl in Iowa who wants an African pen pal. ‘She was going to take a class on Africa,’ the narrator adds, ‘…and was curious to know more about African culture.’ The boys rush to scribble down her address; they write to her collectively, and crowd around the single letter she sends back. When Ambo, the store’s owner, grabs their attention by saying that he met an American woman once, they turn to him as one, desperate to know what she was like.

The irony here is evident: just as the boys think the woman seen by Ambo will in some way explain the girl on the radio, the girl herself is asking for one village’s account of life in Nigeria to stand in for the whole of West Africa. From both parties there’s a romanticising – a charmed idea of who or what the other is – as well as some generalisation, as each culture conjures up their idea of the other.

But as readers, aren’t we sometimes guilty of the same? Osondu’s story appears in Gods and Soldiers: The Penguin Anthology of Contemporary African Writing (Penguin) and it is more than possible that many British and American readers have picked up the book expecting it, in 300 pages and with only thirty contributors, to give us a definitive view of the history and literature of an entire continent.

Ted Hodgkinson and Sjón – editors of a new anthology of Nordic writing, The Dark Blue Winter Overcoat and Other Stories from the North (Pushkin Press) – seem aware of this temptation we have of giving a group of writers a shared identity. In the collection’s introduction Sjón describes how writers resist the umbrella term ’the North’ and its associations: ‘Their usual reaction is to be annoyed at hearing it… before they answer that there is no common identity; that the literatures of each country have developed in their own specific ways’ – and yet, he adds, putting the book together has shown him that ‘we share history, both cultural and political, that goes back more than a millennium… trends in ideologies, art movements and empowerment of social groups, could therefore be seen as one, making us a single culture with regional variations.’

Reading The Dark Blue Winter Overcoat, this tension between authors resisting a label – and that label occasionally seeming appropriate – becomes clear in surprising ways. Hodgkinson notes that ‘the North conjures epic storytelling… Stories of human survival [that] have been sculpted by the region’s raw elements… many-volumed novels [detailing] struggles against the headwinds of modern-day elements… The region is alive to the possibilities of human transformation, rooted in the metaphysical world of folklore.’ And while at first glance, the collection’s opening story, ‘Sunday’ by Naja Marie Aidt, rejects this – it is a tale of a man and a woman spending an afternoon in the company of their children – the reader soon picks up the details of their relationship, the things they have lost and rebuilt and survived, and how the neighbourhood around them has changed through the years. Aidt has rewritten the ‘struggles against the headwinds’ and the ‘possibilities of human transformation’ from a realist perspective, and recast them in Danish suburbia.

So how can an anthology, or its editor, deal with the preconceived notions and expectations that a reader from one culture sometimes brings to the writing of another? One solution is Kavita Bhanot’s anthology Too Asian, Not Asian Enough (Tindal Street Press), which openly rejects the ‘formula’ of some British-Asian fiction – ‘stories of generational and cultural conflict… Aloo gobi, gurus, Bollywood, saris’ – and instead situates its characters in gay bars and drug-fuelled parties, casts them as headmistresses of grammar schools, and observes them arguing about David Beckham or discussing clay sculptures. Comma Press, in their anthologies The Book of Tokyo, The Book of Istanbul and The Book of Gaza, state that these collections make no attempt to provide a single, definite view of each city: ‘They represent a range of experiences, a composite reflecting the rich world of fiction in this small spot on the globe,’ editor Atef Abu Saif states in the introduction to The Book of Gaza; these are multiple voices that share a city, presenting it in all its complexity and variation.

Meanwhile the Hay Festival anthology series has this year taken a different path. Rather than focus on geographical representation, Quest and Odyssey (Alma Books), edited by Daniel Hahn, celebrate the Hay Aarhus children’s literature festival by inviting authors from across Europe to explore the issues facing young people today through stories on the theme of journeys. Even the titles refer to the journey, rather than the place, in contrast to the previous Hay anthologies such as Africa39 and Bogota39. Taking the focus off geographical representation means the authors can either use their country’s background or not, and themes of cross-generational relationships, family struggles, and the child’s search for self-definition all come through strongly without the reader expecting each tale to also represent the author’s entire national heritage. These anthologies, of course, make no pretence to define Europe – they aim instead to present the issues of childhood.

What these anthologies all have in common, however, is the awareness, like The Dark Blue Winter Overcoat, that a reader’s expectations of cultural tradition are almost inevitable. We want not just to be introduced to that part of the world, but to be given its atmosphere – the feel of the place, its identity. In some cases, we are aware of a certain cultural heritage, expecting magic realism, folk tales, or tropes we recognise. These anthologies either speak out against it or leave the work to challenge it: to explore the literary traditions of the area and then complicate them – inverting them, rejecting them, developing them, or seeing them afresh. In the words of Cristina Rivera-Garza, editor of Mexico20 (Pushkin), these anthologies are ‘a way of raising windows from which it’s possible to see… some of the diverse ways in which certain writers have decided to approach their work in the here and now.’

The Dark Blue Winter Overcoat and Other Stories from the North (Pushkin Press, 2017)